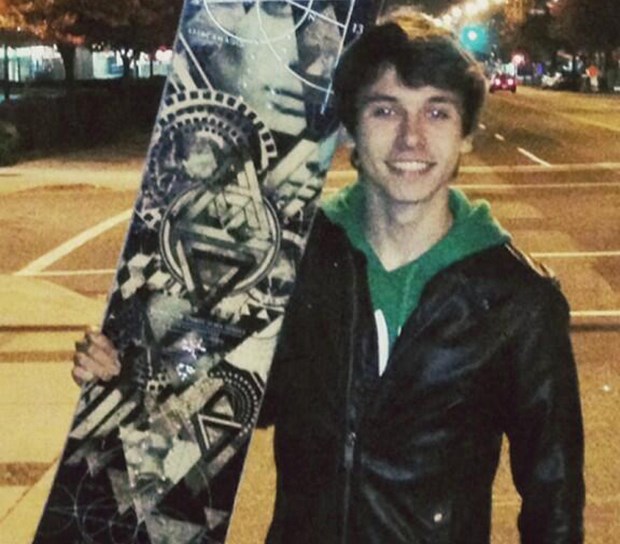 The B.C. Coroners Service is recommending the province consider making helmet use mandatory on all B.C. skill hills, following an investigation into the death of a young international student on Grouse Mountain.

Luca Cesar, a 16-year-old exchange student from Brazil studying at Carson Graham secondary, died from a traumatic brain injury on Nov. 29, 2013, when he fell off a ledge.

Cesar and a group of friends were snowboarding down Heaven’s Sake, an intermediate run on the east side of Grouse, when his friends lost sight of him.

North Shore Rescue members found him several hours later in a rocky area 20 to 30 metres below the run’s edge.

He was not wearing a helmet, according to the coroner’s report on the death released last week.

“Though it remains unclear if the use of a helmet may have prevented life-threatening traumatic brain injury in Luca’s case, it is clear that traumatic brain injuries continue to pose a significant risk to skier and snowboarders,” coroner Timothy Wiles wrote. “There is a clear assertion from experts specializing in trauma medicine that the use of a helmet may significantly reduce injury or mortality and that the legislated use of helmets should be strongly considered.”

“Nationally, there is no consistent message regarding the use of helmets for skiing and snowboarding. Few mountains have taken an aggressive approach mandating the use of a helmet or other protective equipment for all guests,” Wiles wrote in the report.

Speed, weather conditions and rider inexperience may all have been factors in Cesar’s death as well, Wiles wrote.

“We’re absolutely not against helmets. We believe in helmets and we’ve done a lot of work to promote them. It’s just that we continue to favour education over legislation and we think the latest statistics show that our approach is working,” Lynn said. “We’re up to 86 per cent (helmet use) nationally and 85 per cent in B.C. and every year, those percentages increase.”

Lynn said there would be only a small percentage of people who would stay off the slopes if the province made helmets mandatory. Of greater concern would be how to enforce the new rules. Those resources would be better spent on promoting helmets and other safe activity on the slopes, Lynn said.

In response to Cesar’s death, Grouse set up the Mountain Orientation Program, targeting school groups, international students and beginners with safety education. The resort also discounts helmet prices for members by approximately 50 per cent. More than 4,100 helmets have been purchased through that program.

Fundamentally, it should be up to the individual to decide whether a helmet is right for them, Lynn added.

West Vancouver-Sea to Sky MLA Jordan Sturdy, who spent “many many years” as a ski patroller dealing with head injuries, said he personally supports helmet use. “It’s getting to the point now, personally, where it’s like a seat belt. You feel odd not wearing a helmet,” he said.

As for possible legislation, it’s not something his government is considering, though he’s interested in hearing more from both sides of the debate.

“I must admit, I do understand as well the impacts it has on our health-care system,” he said. “It is certainly something I’d be willing to talk about.”