The Canada Mortgage and Housing Corporation is walking back its controversial decision to ban hikers, mountain bikers and dog-walkers from the hundreds of kilometres of trails on its lands at the former Blair Rifle Range.
Oct 28, 2016 3:02 PM By: Brent Richter 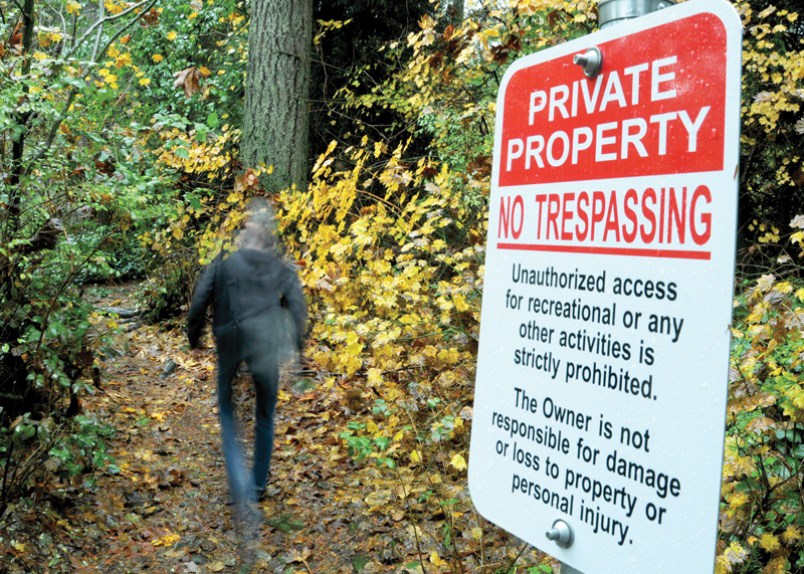 The Canada Mortgage and Housing Corporation is walking back its controversial decision to ban hikers, mountain bikers and dog-walkers from the hundreds of kilometres of trails on its lands at the former Blair Rifle Range.

CMHC announced the decision Friday afternoon, after first putting up No Trespassing signs at trailheads around the 644-acre plot of land off Mount Seymour Parkway in mid-October over concerns about legal liability.

“As a result of the meetings, and information brought forward by interested parties, CMHC and the province are prepared, as co-owners, to permit reasonable and responsible recreational use of the property,” stated a release from CMHC.

Liability, however, remains a concern.

“Users are reminded that persons entering this land do so entirely at their own risk, and that the owners are not responsible for any damage or loss to property, or personal injury,” the statement continued. “Going forward, CMHC will work closely with the province to consider the management of appropriate recreational usages of the property.”

District Coun. Mathew Bond, who pursued the matter on behalf of council, welcomed the update.

“Everyone in the community came together and expressed their concerns and their needs ... and it sounds like they heard what the community had to say, so it’s great news,” he said.

Bond said he plans to continue working on the file to ensure long-term access.

“I think there are other ways than a prohibition of access to the property to address (liability),” he said. “I look forward to further meetings with them to talk about long-term management and other considerations.”

“It’s positive,” said Rachid Nayel, vice-president of the NSMBA. “Access was the most significant concern for majority of the community.”

Nayel said he is eager to learn how the trails can be maintained under the current tentative agreement.

Risk quite literally comes with the territory, Nayel added.

“Outdoor recreation can be dangerous. People have to understand and assume the risks associated with it before they go to enjoy our shared resource,” he said.

Beech too greeted the apparent change in direction.

“I’m absolutely relieved. I’m just happy that all parties involved, including the province, the district and the groups that regularly use those trails, were quick to act so that we were able get what is a relatively fast conclusion,” he said.