West Vancouverites can expect some sweeping changes in their bylaws as the municipality looks to cut the community’s greenhouse gas emissions in a bid to halt devastating climate change.
Oct 30, 2019 6:00 AM By: Brent Richter 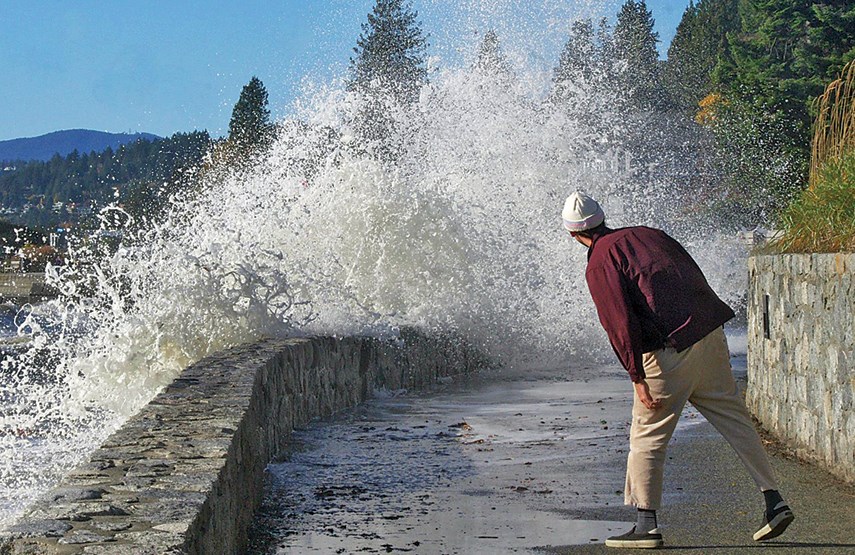 West Vancouverites can expect some sweeping changes in their bylaws as the municipality looks to cut the community’s greenhouse gas emissions in a bid to halt devastating climate change.

District staff have drawn up a list of possible policy changes in keeping with council’s declaration of a climate emergency in July.

The Intergovernmental Panel on Climate Change has warned we must cut carbon emissions 45 per cent by 2030 and 100 per cent by 2050 if we are to stave off irreversible climate change.

While most of the major tools to tackle GHGs are in provincial and federal hands, municipalities do influence where people live and how they get around through their official community plans. In West Vancouver’s case, the recommendation is densification of smaller, more efficient homes around walkable village centres with access to transit and active transportation options.

Council may also seek higher standards in what they allow to be built, including mandatory electric vehicle charging and bicycle parking in all new buildings, reduction of parking requirements for properties with secondary suites or coach houses, establishing low-carbon energy requirements for heat and hot water systems like electricity over natural gas, and requiring larger single-family homes to be built to higher environmental standards than smaller ones. Council must also continue to implement its community energy and emissions plan, the staff report adds.

The ideas, preliminary as they are, got resounding support from dozens of residents who turned up to the meeting.

“The steps you have already taken warm my heart and give me hope that you will have the courage to take the steps that must follow,” she said.

Reducing West Vancouver’s emissions will mean costs, although the exact amount hasn’t been even sketched on a napkin yet. For those costs, staff are suggesting the creation of a new climate action reserve fund. The province’s rebates to the municipality could act as seed money but staff said the rest will have to come from community amenity contributions, property taxes or a new environmental levy that will appear on residential and commercial tax notices, something that will be discussed as part of the 2020 budget

Ann-Margaret Tait said as a “standard corporate West Van type of folk”  she was not shy to pick up the tab if it meant West Vancouver being a leader in climate action.

Mayor Mary-Ann Booth agreed. The cost of mitigating climate change will be nothing compared to the cost of bearing the full brunt of it, she said.

“The horrendous wildfires in California are directly impacting people. And we’ve had some impacts in West Vancouver, but nothing compared to what some of the other places in the world have faced. And in some ways, that’s a bit of a problem because people do not see the imminence of this,” she said. “It is going to cost money. But the consequences of the business as usual approach are far worse.”

The motion directing staff to proceed with the work passed unanimously. Staff are expected to return in with a suite of policies for council to consider omnibus style sometime in the first quarter of 2020.

Coun. Nora Gambioli said she had little faith in the current federal or provincial governments to address the problem, so she said it’s important for municipalities to do whatever is in their power,

“I sure don’t want my kids or any of you to be telling me that I didn’t do enough while I was in this chair. So I would like us to be as bold as possible. We have said this is an emergency,” she said.

Coun. Craig Cameron said he still hears from climate science deniers and people who believe there is no point in targeting Canadians’ emissions when so much of world’s carbon output comes from elsewhere. But he added, he would not see the climate emergency declaration reduced to hollow words.

“It’s not going to work. It’s not good enough anymore. It amounts to whistling past the graveyard.”