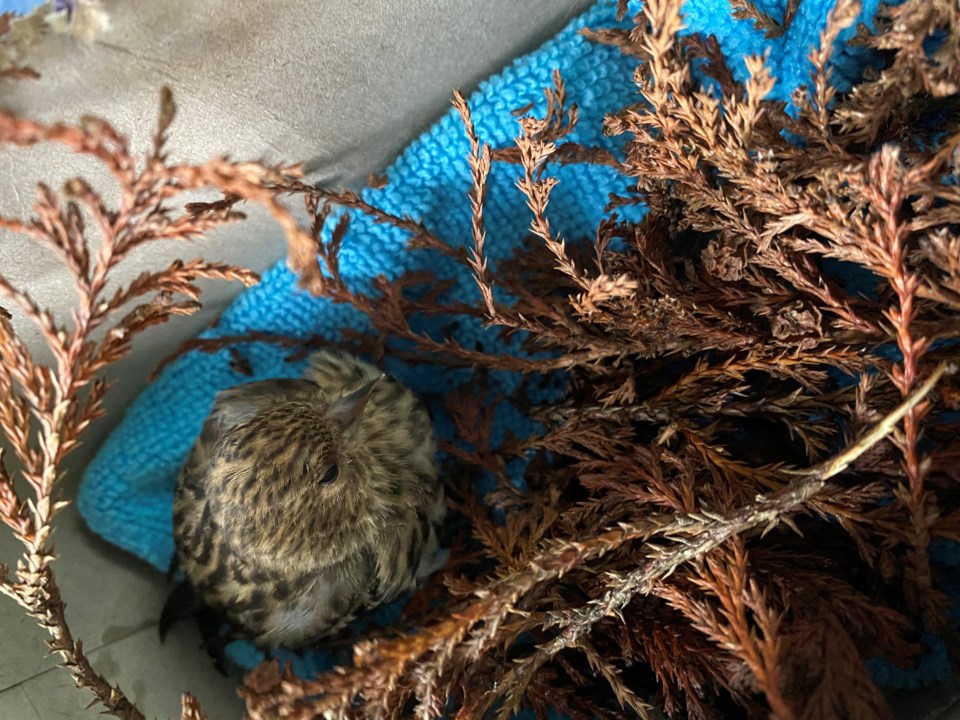 A North Shore resident wants to remind the community to be vigilant about cleaning their bird feeders in winter, after she found a number of sick pine siskins suffering from salmonella.

The Wildlife Rescue Association of BC says that during the winter salmonella infection is common in finches, but it has seen record-breaking numbers of the songbirds displaying symptoms of infection across British Columbia this season.

A further 36 sick pine siskins have already been taken to the centre since the New Year began.

"People are finding large numbers of these songbirds lethargic, and too weak to fly away, symptoms consistent with salmonella poisoning,"  the association's website states.

The association says when the birds are feeding in proximity, disease can easily be passed from bird to bird through fecal contamination of food and water in bird feeders.

"Salmonellosis is an infection caused by bacteria of the genus salmonella. These bacteria primarily attack the digestive system, notably the throat, making it difficult for the birds to feed," the association's website states.

When sick, the little brown and yellow feathered birds look puffed-up and sleepy, they’re not alert, and they don’t move very much. They also often have seeds all over their beak and it’s common to find dead birds nearby.

Chelsea Irwin, a Central Lonsdale resident, says she has found four sick birds in her area alone in the past month.

“One of them I was able to save and get to the wildlife rescue in Burnaby, but the rest didn’t make it,” she wrote over email.

“There seems to be a high number of cases in the Central and Lower Lonsdale area, which can easily transmit to other animals and people.

“It’s really escalated and it’s really sad to see so many sick or dead little birds around.”

What to do if you find a sick pine siskin bird

If you find a symptomatic bird, the association encourages you to try and capture the bird by placing a small cloth over the top of it and putting it in a cardboard box.

It’s important that you wash your hands afterwards as salmonella can spread to humans and pets.

Afterwards, the association recommends taking down the feeder for at least two weeks, and to make sure you are no longer seeing sick birds before putting it back up.

Before putting the feeder back up, disinfect it in 10 per cent bleach solution, rinse and dry it thoroughly, and put in fresh feed.

To keep birds safe, make sure to repeat this cleaning weekly to prevent another infection and sweep up any old seed on the ground.