In early 2020, the archdiocese is reported to have received an allegation that Frechette abused a nine or 10-year-old boy at some point in the mid-1950s, representing one of the earlier allegations of sexual abuse in the Archdiocese of Vancouver
Dec 12, 2020 3:47 PM By: Stefan Labbé 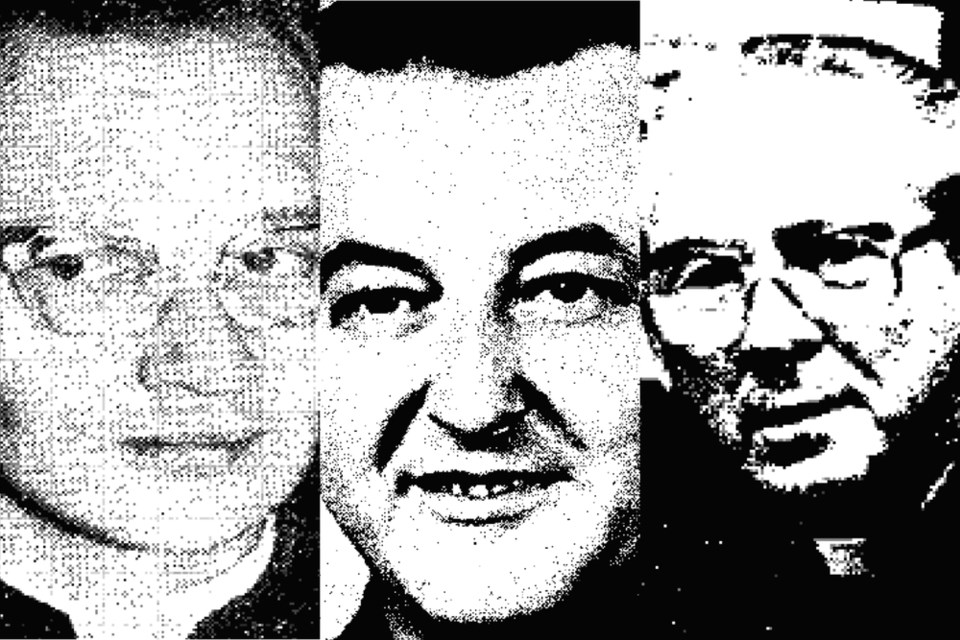 The Catholic Archdiocese of Vancouver has revealed the identity of a sexually abusive Coquitlam priest as part of ongoing revelations of abuse going back decades across B.C.

Ordained as a Franciscan priest in 1945, Armand Frechette served under the archdiocese at Coquitlam’s Our Lady of Lourdes Parish church from 1953 to 1970,  according to an upcoming edition of The B.C. Catholic, a weekly paper originally billed as “The Official Organ of the Archdiocese of Vancouver.”

In 1999, a complaint of “improper sexual behaviour” against an unnamed Fransciscan priest led to a settlement, writes the Archdiocese in the weekly, adding “It is now believed that this settlement involved abuse carried out by Fr. Frechette.”

Then, in early 2020, the archdiocese is reported to have received an allegation that Frechette abused a nine or 10-year-old boy at some point in the mid-1950s.

“The reporting person has been offered counselling and has received a financial settlement to his claim,” stated The B.C. Catholic.

If true, the allegations against Frechette represent one of the earlier allegations of sexual abuse in the Archdiocese, with most thought to have occurred between the 1960s and 1980s, according to a 2019 Archdiocese report documenting 36 allegations of abuse mostly involving minors.

The latest revelations come after 13 previously unknown victims have come forward in the past year alleging abuse at the hands of church officials, according to the Archdiocese.

The other two priests recently named by the Archdiocese are John Edward Kilty, who served at Catholic Churches across Vancouver and North Vancouver from 1945 to 1983 when he died, and Johannes Holzapfel, who served as a priest in Vancouver, Powell River, Ocean Falls, Hope, Squamish, Abbotsford and the Diocese of Aachen in Germany before dying in 1997.

Since Kilty’s death, allegations of sexual assault of a minor have come forward on separate occasions in 2003, 2013, 2019 and 2020, with the final allegation of sexual abuse of a minor in the 1970s coming in the form of a lawsuit.

In the case of Holzapfel, one victim has come forward alleging physical and sexual abuse of a minor, and a “financial settlement was reached,” writes the Archdiocese’s Implementation Working Group address historical cases of clergy sexual abuse.

“We believe that greater transparency allows us to reach and care for more victims/survivors while increasing vigilance and safe environments within our parishes. Catholics are called to accept the hard truth of clerical sexual abuse and to live lives of charity and mercy, especially reaching out to the most suffering among us,” wrote the church group.

Or as Archbishop J. Michael Miller stated, “We again want to acknowledge the deep suffering of the victims and their loved ones and I apologize to each of them for the trauma caused by the abuse by a priest. They are in my prayers.”

The sexual abuse of minors at the hands of Roman Catholic priests in B.C. fits into a global pattern of abuse involving thousands of church officials and an untold number of minors.

First coming under widespread public scrutiny roughly 20 years ago after the Boston Globe ran a series of reports documenting systemic sexual abuse, since then, thousands of Roman Catholic leaders have been investigated for sexual abuse in dozens of countries.

In some instances, revelations of systematic abuse and resulting high-level cover-ups have trembled faith in the global religious institution; in others, emerging allegations are only beginning to uncover the human toll of abuse as the whereabouts of many accused priests remains unclear.

According to data from the United States Conference of Catholic Bishops, child-abuse allegations against U.S. clergy has grown 400% in the past five years.

In May 2019, the group indicated it had counted 7,002 U.S. clerics "not implausibly" and "credibly" accused of sexually abusing minors between 1950 and June 30, 2018, according to the organization BishopAccountability. That amounts to 5.9% of all U.S. Roman Catholic clergy and over 20,000 victims in the U.S. alone, though others estimate the number of victims into the hundreds of thousands.