West Vancouver is quickly becoming one of the most linguistically diverse places in the Lower Mainland. Statistics Canada released a batch of 2016 census data Wednesday detailing languages spoken.
Aug 3, 2017 3:50 PM By: Brent Richter 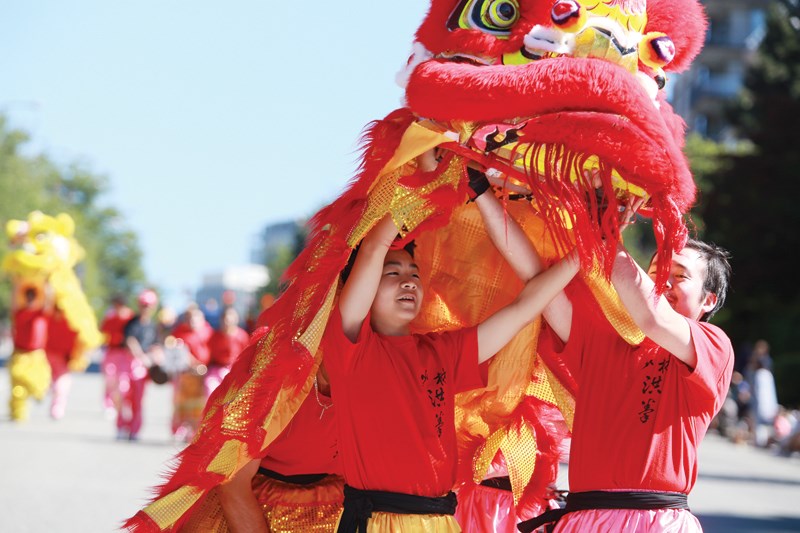 West Vancouver is quickly becoming one of the most linguistically diverse places in the Lower Mainland.

The number of people who report English as their mother tongue in the District of West Vancouver fell by 9.5 per cent since the last census in 2011, although the majority – 62.1 per cent of residents – are still native English speakers.

It’s one of the biggest drops in native English speakers in B.C.

Provincially, the total population of people with English as their first language grew by 3.9 per cent since 2011.

But the numbers paint a complex picture. While the number of people who have an immigrant language as their mother tongue in West Vancouver grew by 21.9 per cent, 83.9 per cent of the overall population still listed English as the language spoken most often or at least regularly at home.

Just over 35 per cent speak an immigrant language most often or regularly at home, according to the census.

By comparison, the District of North Vancouver’s population of native English speakers fell by 0.3 per cent in the 2016 census. There, the population of people with an immigrant mother tongue has gone up by 11.4 per cent.

The City of North Vancouver’s population of native English speakers grew by 7.5 per cent, although the population of those with an immigrant mother tongue grew faster at 16.4 per cent over 2011.

Of the immigrant mother tongues spoken in West Vancouver, Mandarin ranks highest at 12.2 per cent of the population. Farsi is second at 9.3 per cent and Cantonese ranks third at 2.2 per cent.

In the city, the top four non-English mother tongues are Farsi (8.4 per cent) Tagalog (four per cent) and Korean and Spanish (both 2.1 per cent).

In the District of North Vancouver, Farsi, Mandarin and Cantonese top the list at 6.3, 2.4 and 1.9 per cent respectively.

Farsi remains the most common non-English language spoken across the North Shore.

Statistics on language shouldn’t be conflated with immigration or ethnicity, which Statistics Canada will report on in detail this October, said Andy Yan, director of Simon Fraser University’s city program.

And many people may be more proficient in English than they are in their mother tongue, particularly if they immigrated at a young age. But there is likely a close relationship with immigration patterns, he said.

Governments, non-profits and businesses will be poring over this data now, said Yan, because it allows them to plan and target their resources.

One of the groups taking a keen interest is the North Shore Immigrant Inclusion Partnership.

Alison Dudley, co-ordinator for the partnership, said the numbers are consistent with what she’s been seeing as a service provider.

“I guess the main reaction is ‘No surprise.’ All three municipalities have an increase in people speaking other languages, and it’s really significant in West Van, in particular,” she said. “I think we’re seeing, still, West Vancouver is a super favourable place for people from China and from Iran, in particular, as a destination.”

The North Shore English Language Centre currently serves about 1,000 people per year and there are currently 618 people on the wait list trying to get English language training, Dudley said.

“Our wait-list on the North Shore tends to be longer than in other communities in Metro Vancouver,” she said. “There’s been a big interest by service providers in encouraging the federal government to fund more language training here.”

Getting those people trained in English can be a spur to the economy, she added.

“We see a lot of engineers, a lot of people with financial backgrounds, a lot people with medical expertise. The North Shore tends to attract that kind of skilled labour,” she said. “These people are really filling that (skilled) labour market gap we’re seeing on the North Shore and across the country as a whole.”