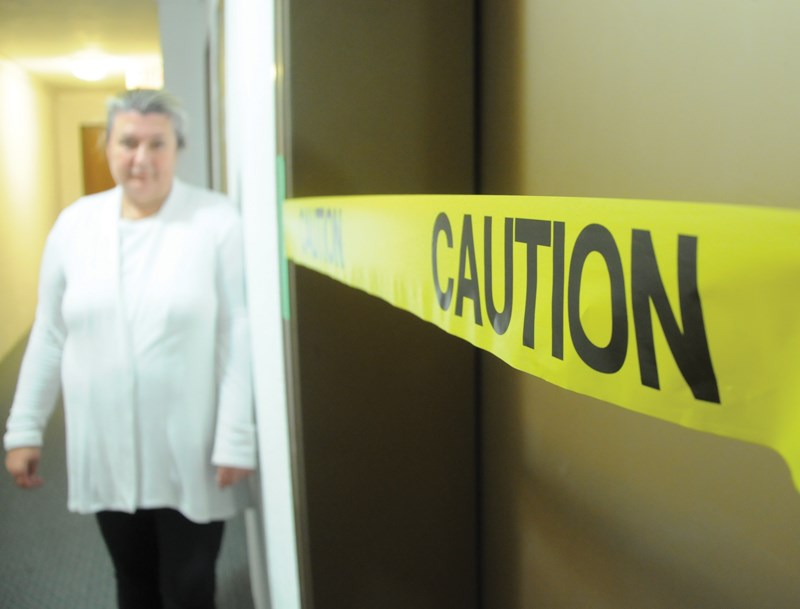 Elderly tenants in a West Vancouver apartment building who have been without an elevator for almost two months say they’re doubly frustrated after the elevator was finally fixed last week – then broke again a few days later.

“Now we’re back to square one,” said Sydney Rose, an 85-year-old resident who says he’s felt like a prisoner in his own fifth-floor apartment since the elevator broke down after an electrical fire Sept. 21.

Rose, who has lived in the Sea and Stream building at 1765 Duchess Ave. for 18 years, said he didn’t leave his apartment for six weeks after the first elevator breakdown, because a back injury makes walking up stairs painful for him.

When the elevator was finally repaired the week before last, Rose said he was able to go outside and get in two long walks.

Rose’s neighbour, 88-year-old Juanita Allan, said she was also thrilled to find the building’s elevator back in business. After workers from Otis Elevator put in long hours on the problem, by Nov. 9, Allan said a neighbour knocked on her door to say the problem had been fixed.

She made use of it a week ago Saturday, doing a number of errands she’d put off while the elevator was broken.

But the fix was short-lived. Later that same day, another fire broke out, this time in the elevator’s motor, and residents were back to climbing stairs and relying on the building’s caretaker to help deliver groceries.

“It’s extremely frustrating for me,” she said. Allan said it’s not just elderly tenants who are affected. Mothers with young babies and younger people with mobility problems who live on the upper floors of the eight-storey, 1950s-era building have also been impacted.

Both Rose and Allan said they’ve received a written note apologizing for the inconvenience from property managers at Vista Realty but have no further information on when the latest problem will be fixed.

“Living in the dark is pretty dismal,” said Rose.

West Vancouver Fire Inspector Brian Stopfer said investigators haven’t determined the cause of the Nov. 12 fire in the elevator’s motor. “We do know it was burning quite hot,” he said. “They’re going to have to pull the motor out and replace it.”

The fire, which resulted in smoke coming out of the elevator doors, meant the building’s approximately 100 tenants had to evacuate while firefighters made sure the fire was contained.

Gerhard Prange, the owner of property management company Vista Realty, could not be reached for comment about the latest fire and elevator breakdown.

Prange said last month part of the delay in getting the first elevator problem fixed was that it is difficult to find parts for a 50-year-old elevator. Getting a new elevator would take even longer – about six months, he said at the time.

Jodi Hynes, spokeswoman for Otis Elevator, said in an emailed statement the company is aware of the latest elevator fire in the apartment building and “will continue to work closely with the property management company to return the elevator to service as soon as possible.”

Both the District of West Vancouver and the fire department have said the issue of when an elevator is fixed is not one they have any control over.

Andrew Sakamoto of the Tenants Resource and Advisory Centre said tenants do have the right to ask landlords for reduced rent through the provincial residential tenancy branch when an essential service like an elevator isn’t being provided. “That’s one of the first things we recommend for tenants,” he said.

Sakamoto said tenants can also ask for additional compensation to make up for stress and inconvenience.