Boat ramp may make a return to Ambleside 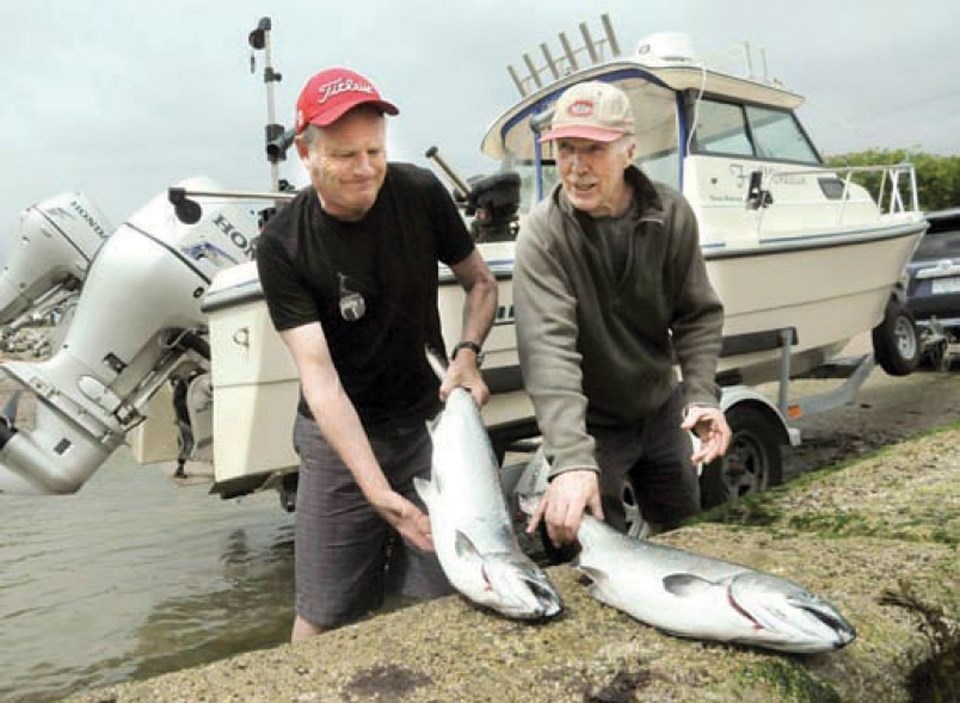 Ambleside may yet again be home to a publicly accessible boat launch.

District of West Vancouver council members were largely receptive to a proposal presented recently that would see a new boat ramp built adjacent to the Squamish Nation Welcome Figure at Ambleside Park.

The new ramp, if approved, would replace the one on the 1300 block of Argyle Avenue, now closed to powerboat access. Council voted last year to close the block to vehicle traffic in order to enhance the Spirit Trail, part of the overall plan for the revitalization of the waterfront.

But that left boaters high and dry, or at least having to traverse the North Shore looking for a public launch. Launching a boat at Deep Cove, Horseshoe Bay or Vanier Park would put recreational boaters in conflict with shipping lanes, cruise ship traffic or rough waters and strong currents, particularly at First Narrows, a group of boaters argued before council July 24.

“That’s not something I would want to do in a 17-foot boat, and certainly not with children in it,” said Chris Goulder.

A preliminary feasibility study by the district determined a new ramp could be built immediately east to the Welcome Figure for $1 million to $3-million. But it would need significantly more study and public consultation as well as input and/or regulatory approvals from Environment Canada, the Department of Fisheries and Oceans, Transport Canada, the provincial Ministry of Forests, Lands and Natural Resource Operations as well as the Vancouver Fraser Port Authority and Squamish Nation.

Those approvals shouldn’t be too difficult to get in place, argued Andrew Kennett, one of the boaters leading the effort to keep a ramp in West Vancouver. And Kennett, an engineer by training, said the ramp could be built cheaper, for an amount in the range of about $250,000 to $500,000.

A new boat launch would bring back some of the vibrancy that council is seeking for the waterfront, said Coun. Christine Cassidy, even for the landlubbers.

“Boating is very much a part of the equation whether you’re going down there just to watch or whether you own a boat,” she said. “I see that we’re spending a lot of time and money from the 1300 block to the 1800 block as far as Ambleside Park is concerned and I see from the 1300 to the dog park, essentially as the dead zone.”

Coun. Craig Cameron said he would like to see a new ramp but a cost of $3 million would be a “deal breaker.”

“I’d really like us to sharpen our pencils and see if we can do it for closer to Mr. Kennett’s numbers than our numbers. It seems municipal projects have absurd budgets when compared to the non-governmental world,” he said. “If it’s going to be $1 million to $3 million, it’s going to be hard to find the money to do it.”

Although she was supportive of the idea, Coun. Mary-Ann Booth was also leery about the costs.

“Even if we can bring that number down to a more reasonable $500,000, that does represent a one-per cent increase to our tax base,” she said.

Booth publicly challenged the Ambleside boaters to start doing some fundraising of their own, as user groups have done to pay for facilities and upgrades at Hollyburn Lodge, Rutledge Field and the West Vancouver track.

And she said, council would most likely look to charging launch users a fee to cover operating and maintenance costs.

“Council doesn’t like to turn down money. That would definitely light a fire as far as how we’re going to pay for this,” she said.