BC Ferries cancels several sailings Tuesday due to strong winds

If your Tuesday essential travel plans have you crossing between the Lower Mainland and Vancouver Island, you may have to make some new arrangements.
Jan 5, 2021 7:17 AM By: Lindsay William-Ross 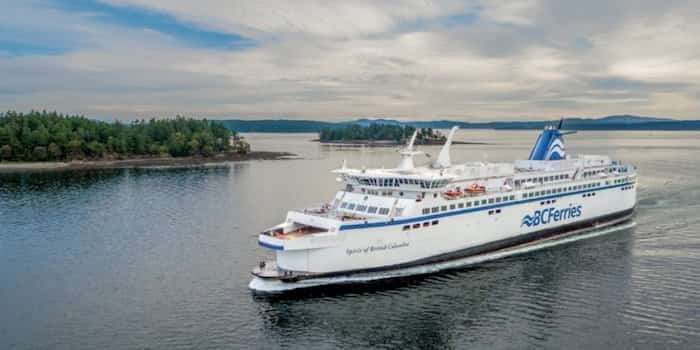 BC Ferries has cancelled late morning and afternoon sailings Tuesday between Vancouver and the Island due to strong winds and rains. File photo

If your Tuesday essential travel plans have you crossing between the Lower Mainland and Vancouver Island, you may have to make some new arrangements.

Due to the weather, BC Ferries has cancelled late morning and afternoon sailings Tuesday on the Tsawwassen-Swartz Bay, Horseshoe Bay-Departure Bay, and Tsawwassen-Duke Point routes.

Specifically, the weather issue is a storm system due to give B.C. quite the lashing of wind and rain Tuesday.

Wind warnings are posted for Haida Gwaii, north and central coasts, most of Vancouver Island and the southern Gulf Islands, the Sunshine Coast and Metro Vancouver.

Winds of 70 to 90 km/h are forecast to hit the south coast by midday, says Environment Canada.

BC Hydro is also preparing for outages, particularly on the Island in and around Victoria, where groundswell could cause trees to topple and take out power lines.

Among the BC Ferries sailings affected so far today:

• Tsawwassen-Gulf Islands, morning and early afternoon sailings are scheduled to run, but numerous sailings between 3:35 p.m. and 9:25 p.m. are cancelled

With files from Jeff Bell/Times Colonist and The Canadian Press