The president of an association representing auto body repair shops hit out this week at suggestions inflated repair estimates are to blame for ICBC’s financial woes.
Nov 22, 2017 2:17 PM By: Jane Seyd 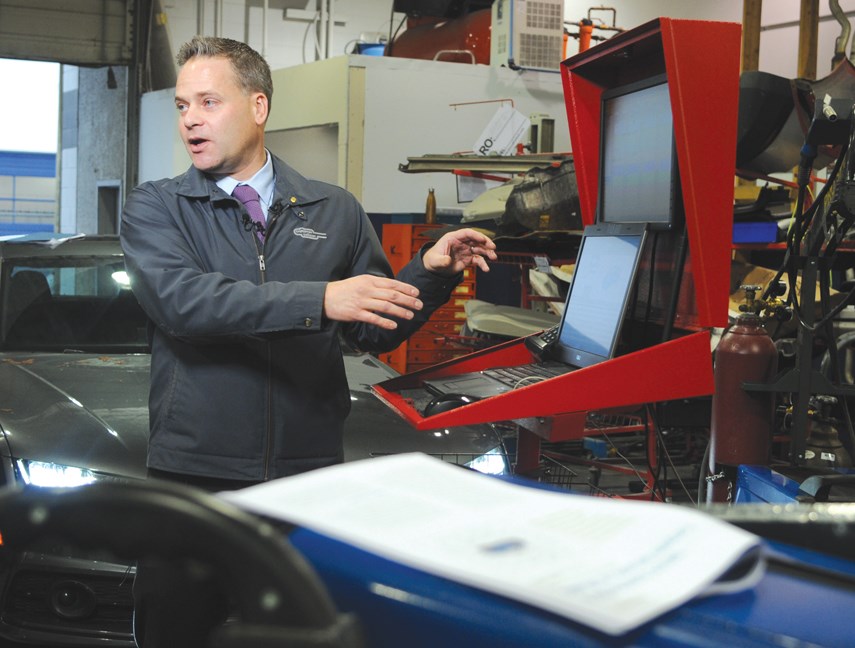 The president of an association representing auto body repair shops hit out this week at suggestions inflated repair estimates are to blame for ICBC’s financial woes.

McCormack was reacting to a recent suggestion by MoveUp, the union representing ICBC workers, that under an express estimating system brought in by the previous government, some auto body shops have been charging more than they should and that ICBC doesn’t have enough staff to check up on the estimates.

McCormack, who represents about 1,000 member businesses, said he’s seen no evidence of that. “I believe we as an industry do an excellent job of estimating,” he said.

Speaking at the Craftsman Collision shop on West First Street, McCormack said the software system used for estimates by ICBC has built-in safeguards that won’t allow auto body shops to estimate beyond certain prices for parts and labour on any claim over $1,500. McCormack said estimates are also subject to random checks by ICBC.

Rick Hatswell, the chief operating officer for Craftsman Collision, said the climbing cost of repairs has primarily been caused by both the high volume of claims and the kinds of materials that go into modern cars.

“It’s not like fixing your dad’s Oldsmobile” when a small dent could be hammered out, said Hatswell. Special scanners and welders are required to fix most cars today to accredited standards.

Most cars are now made out of high-strength steel so parts must be replaced rather than repaired, he added. Even details like headlights are expensive, with a headlight on an Audi costing about $1,500 to replace, he said.

McCormack added ICBC’s own financial records show the biggest financial problem for the Crown corporation is the skyrocketing cost of bodily injury claims.

That’s the area ICBC should focus on, he said.

Earlier this month, the province announced it has hired PriceWaterhouseCoopers to audit ICBC, including looking at possible fraud and overbilling in the system.

Attorney General David Eby announced the decision after discovering the insurance company was projecting a $900 million deficit, despite a hike to insurance rates. Legal costs, injury claims and a high number of accidents are among the factors driving that problem, said Eby.

North Vancouver-Lonsdale MLA Bowinn Ma said she didn’t know personally if claims that auto repair shops are overcharging are true but added she looks forward to the auditors’ report, which will give everyone a better idea of the challenges faced by ICBC.

In September, it was revealed the previous B.C. Liberal government was considering selling the $79-million ICBC head office in Lower Lonsdale to help with financial pressures, but Eby scrapped those plans, dubbing the idea hasty and short sighted.