The West Vancouver arts centre re-opened with a sold-out movie screening. “It was really moving — just to open up again and see the support from our communities."
Oct 2, 2020 2:32 PM By: Martha Perkins 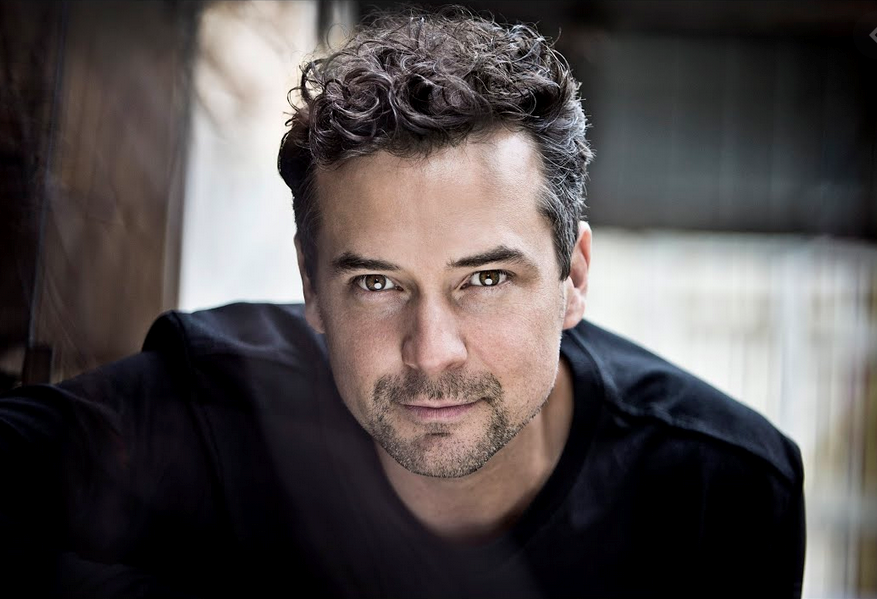 Tickets to Michael Kaeshammer’s concerts on Oct. 14 and 15 sold out so quickly that the Kay Meek Arts Centre is adding a third performance on Oct. 16. Because of coronavirus pandemic safety protocols, only 50 people are allowed in the 450-seat auditorium for any given event.Michael Kaeshammer

When Lenore Swenerton saw 50 people sitting in the Kay Meek Arts Centre’s theatre on September 24, she wasn’t concentrating on the 450 empty seats.

Instead, she was overwhelmed by how good it felt to bask in the presence of a real, live audience, no matter how small.

“It brought tears to my eyes to see people in the house,” says the centre’s director of donor relations and audience development. “It was really moving — just to open up again and see the support from our communities. It was overwhelming.”

The centre's lights went dim in mid-March when the world shut down for the first phase of the coronavirus pandemic. In some ways, the timing worked out because renovations were able to continue with minimal disruption. But, behind the scenes, staff were scrambling to come up with ways to open the doors again while keeping audiences, performers, staff and volunteers safe.

The September 24 screening of Monkey Beach as part of the Vancouver International Film Festival was the kick-off of the centre’s new normal. With only 50 tickets available because of safety protocols, the event sold out within 24 hours. When a second screening was announced for October 8, those tickets were quickly grabbed by movie fans yearning for the communal experience of going to a theatre together.

“The arts is really a social experience,” Swenerton says. “That's the number one reason that people come out and enjoy theatre and music. It's not just sitting there and watching a play on the stage; it's the whole coming together and being able to talk about and enjoy the experience with a bunch of other people.

“We're social beings and that we need that connectivity. It's part of our DNA and the arts is such a big part of that. We've all been really missing it.”

The centre’s re-opening coincided with the announcement that the Metropolitan Opera had cancelled its entire 2020/2021 season, highlighting how devastating the pandemic has been for the arts community.

Our venues have been dark since COVID-19 shuttered live events worldwide. Tonight, we join venues across Canada to...

Thanks to the continuing generosity of donors and sponsors, performers’ willingness to reduce their fees and the staff’s determination to make this work, Swenerton says the Kay Meek centre is optimistic it’s going to be able to break even with each event.

“Our donors have been fantastic and many of our sponsors are coming back, not necessarily at the same level but they're giving us the kind of support that helps us keep our doors open, keep staff paid, and keep us open to the public. It's not going to be a stellar year but so far we're thinking we can get through,” she says.

“We have a small core staff so that makes it easier. We're jumping in and doing extra shifts and supporting one another. We're just going do it the best that we can.”

Artists are also co-operating by limiting the number of people they bring with them, creating more intimate performances. The centre will allow play readings but not live theatre because there are too many moving pieces. Events are not being scheduled too far in advance in case there are changes in what will or will not be allowed.

Community rentals, which subsidize the centre, were put on hold as staff came up with safety protocols. Some event hosts cancelled their events altogether while others postponed them.

“Now we're slowly beginning to reopen that again,” Swenerton says. “It's a challenge because people are used to doing things in a certain way and there are all kinds of new regulations so we have to think about. How many dressing rooms do they need? How many people will be backstage? How do we make sure they are kept separated and safe? It’s a little more laborious than we’re used to.”

Before the first screening of Monkey Beach, volunteers helped staff go through a practice run to test out the various safety protocols. Those protocols include limiting audiences to 50, having people arrive at scheduled 10-person time slots and not opening the concession.

The feedback from that first audience was very positive. They all felt safe and were thrilled to be watching a performance on something larger than their computer or tv screens.

“We've all been locked away in our bubbles for such a long period of time and we’re yearning for that theatre experience,” Swenerton says.

“It's been it's been a interesting ride, and will continue to be over the next year, but I think that we can do it.”

If people want to ensure they’re able to buy tickets for events before they’re sold out, she suggests they sign up for the centre’s newsletter. Here is a schedule of upcoming events. Please note that a third Michael Kaeshammer concert will be added for Oct. 16.


Martha Perkins is the North Shore News’ Indigenous and civic affairs reporter. This reporting beat is made possible by the Local Journalism Initiative.