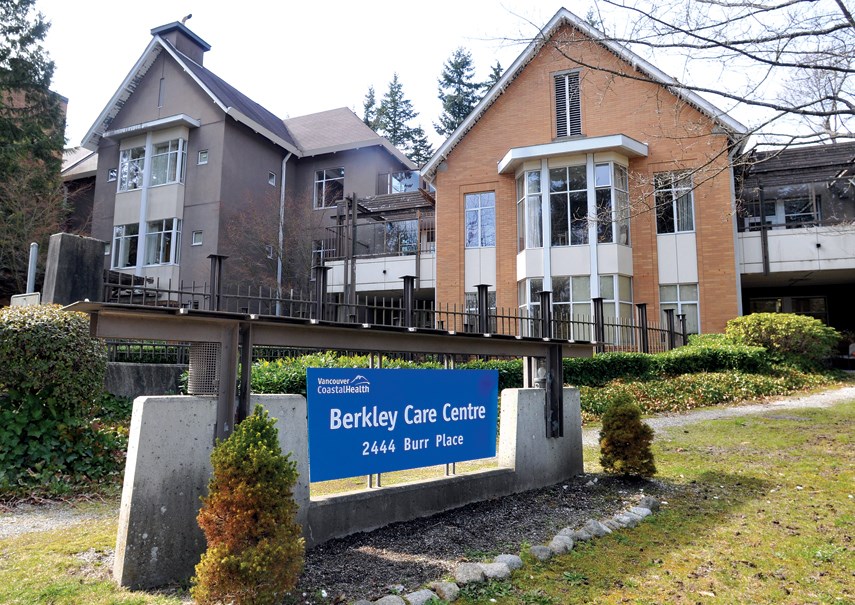 Those five residents of the Berkley Care Centre on Burr Place, a 192-bed care home operated by Vancouver Coastal Health, died over the weekend, health authorities have confirmed.

They were among 11 people who died of the virus over the Easter weekend in B.C.

That brings the number of long-term care residents in North Vancouver who have died of COVID-19 to 27, accounting for about 40 per cent of all coronavirus deaths in the province.

The Berkley care home is the most recent long-term care facility on the North Shore to be hit with an outbreak of the virus. Up to 10 residents as well as staff at the facility have tested positive since coronavirus was first detected at the care home about two weeks ago.

Two residents of Amica’s Edgemont Village retirement home in North Vancouver have also died of COVID-19. Those residents were a couple who lived in the same suite and had been self-isolating there after testing positive for the virus.

An outbreak is also continuing at Lynn Valley Care Centre in North Vancouver, where 20 people have died. Both residents and staff at the facility continue to test positive for the virus, although about 30 people are also considered to have recovered.

Dr. Bonnie Henry, the province’s chief medical health officer, said Monday that the majority of the deaths in the province continue to be in long-term care homes, where elderly residents have been especially hard-hit by the virus.

Among the reasons for that, said Henry on Monday, is that elderly people often only show very mild symptoms, which can make the virus difficult to recognize. By the time health authorities recognize the signs, often outbreaks at care homes are already underway and can be difficult to contain, she said.

Two care homes in West Vancouver where cases have been reported are faring better.

Inglewood Care Centre in West Vancouver was recently given the all clear by health authorities after passing 28 days with no new cases reported.