The best part of a storm, besides the brief, thrilling moments of thunder and rainfall, is when it passes, perhaps leaving in its wake a little glimpse of light and clarity.
May 1, 2020 4:15 PM By: Ben Bengtson 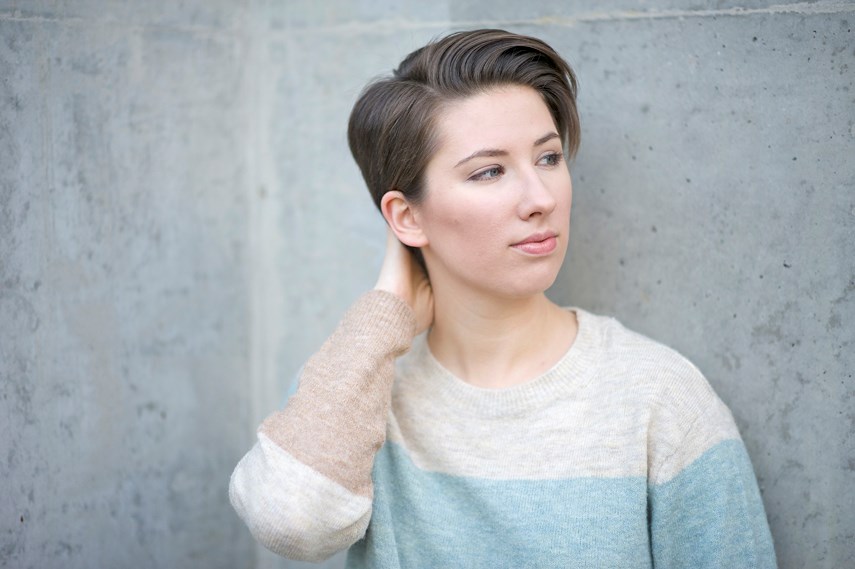 The best part of a storm, besides the brief, thrilling moments of thunder and rainfall, is when it passes, perhaps leaving in its wake a little glimpse of light and clarity.

On Michelle Creber’s new album – her seventh release in eight years – the West Vancouver musician and performer has attempted to channel that same hurricane of energy wrought by a wayward storm in addition to its illuminating aftermath.

“This music was extremely healing for me to write and ultimately the whole purpose of releasing it was to help people heal through their own emotional storms,” Creber tells the North Shore News.

Recorded over a number of a sessions in Montreal and Nashville, Creber says that although the stories and lyrics in Storm often reflect a wide spectrum of emotions, it’s actually her most singular and focused recording to date.

While previous albums, such as 2018’s On Display, featured an eclectic mix of styles representing the full gamut of her musical interests, Storm settles on a pop sound with organic instrumentation, she says.

But although many of the tunes feature pianos and electric guitars which foreground her soaring vocals, she’s not afraid to throw in a musical curveball when it’s warranted.

Much like the operatic section of “Bohemian Rhapsody,” or when Springsteen decides to insert a fiery blast of Clarence Clemons’ sax into his road-ready rock anthems, Creber knows that sometimes you just have to let the energy of the song dictate where it goes next.

“I’m so passionate about so many different styles that I’m a big believer that even in pop music, even when you’re trying to give it a radio-friendly top-40-type sound, if a song calls for a certain element – if a song calls for a rock bridge in a jazz song or an opera part in a rock song – you should go for that,” she says.

Case in point: moments like the moody jazz notes which introduce “False Empire” or the breezy acoustics of “I Built You a Sandcastle” are testament to Creber’s desire to blend myriad genres into accessible pop songs.

She says she’s particularly fond of “Sandcastle,” which was written and recorded quickly during a session in Nashville.

“For me personally, I loved how that song turned out. I feel like it has a really great structure and it’s really chill, has lots of breath compared to a lot of the more fast-paced and complex songs,” she says.

Besides her music, Creber is also a well-known session musician, actor and voice actor. As a voice actor, she’s perhaps best known for portraying the speaking and singing voice for the character Apple Bloom, as well as the singing voice for the character Sweetie Belle, on the animated TV show My Little Pony: Friendship Is Magic, which lasted eight seasons.

For now, with most acting gigs dried up across the industry as society contends with the ongoing COVID-19 pandemic, Creber has been more than happy and inspired to focus on her music.

But like many artists during the last few months, she’s had to contend with the challenges of releasing new music during a major global health crisis.

While she had trepidations about putting out her new work during such a tense time, she says she eventually came to realize that doing what one’s passionate about was more important than ever right now.

While she’ll have to forgo the usual live performance that accompanies an album release for the time being, she plans to livestream the album, while performing the songs solo, at home on Saturday at 4 p.m. PST.

A link to the livestream performance can be found on Creber's YouTube channel.

As is the case with a storm that rises with a crescendo before reaching its apex and petering out, she recommends listening to Storm from top to bottom in order to grasp the full revelatory impact of the album.

“Even if people just listen to some of these songs once, if it makes them smile just for a second, that’s everything.”