If you happened to be strolling through Hay Park last month, you may have come across some angels.
Oct 28, 2020 11:27 AM By: Ben Bengtson 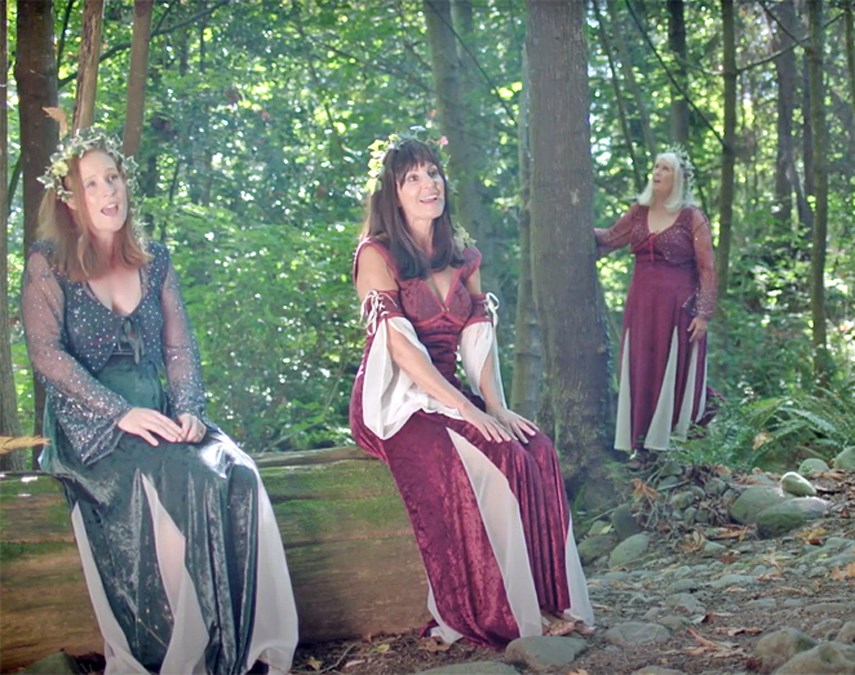 If you happened to be strolling through Hay Park last month, you may have come across some angels.

A group of singers – all with the voices of angels and outfitted as heavenly messengers – have recorded a pair of angel-themed music videos that speak to the missed personal connections during the COVID-19 pandemic, according to Pandora’s Vox Vocal Ensemble Society, which includes Pandora’s Vox and the Espiritu Vocal Ensemble.

“It can be said that we all have seen examples of ‘angels in our midst’ who assist in so many magical and unexpected ways,” stated Gillian Hunt, the ensembles’ artistic director, in a press release. “We dedicate these videos to those whose efforts, large and small, have encouraged so many of us to press on toward better times with good cheer and open hearts.”

In the first music video, titled Angeles, around a dozen Pandora’s Vox performers walk angelically through the West Vancouver park while harmonizing the soft, sanctified number, their voices rising to the heavens.

The song is a well-known piece from the West Vancouver-based ensemble’s repertoire; however, the decision to record the music video itself was partly done in order to have the opportunity to perform together outside in a physically distanced setting, according to Hunt.

“With the support of our fans and followers, be it in words of encouragement or financial, we have been able to keep afloat and motivated to come up with innovative ways to stay connected to the community and the choral world in this time of COVID-19. To you, our angels, a special thanks,” stated Hunt.

Watch the ensembles’ videos below: