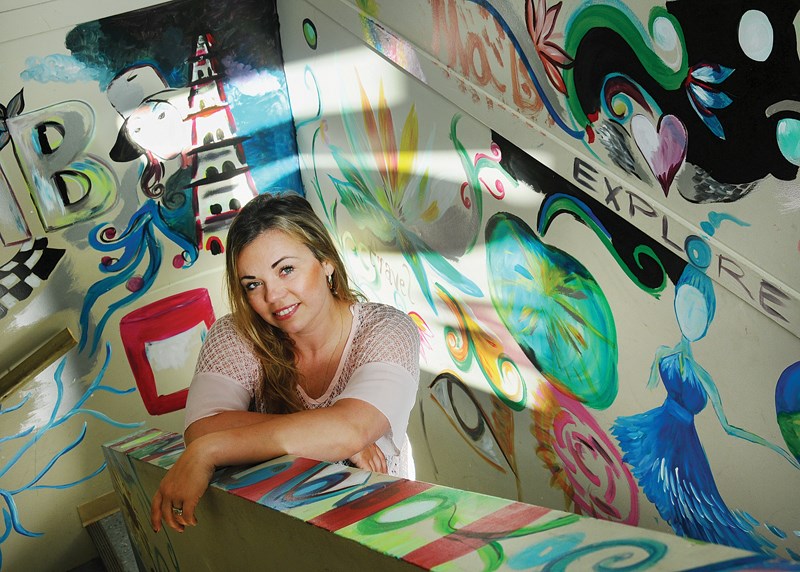 North Vancouver artist Monika Blichar led a Painting Dreams international art tour to Wroclaw, Poland this summer. Some of the artwork the participants created in Wroclaw, along with Blichar’s photographs of the sites, will be on display at the fourth annual Polish Festival on Sunday, Sept. 4, from 2 to 7:30 p.m. at Lynn Valley Village.Cindy Goodman


Every year, the European Union designates cities within its member states to serve as cultural hubs.

Known as European Capitals of Culture, cities bid for the title and spend years organizing public events and exhibits that celebrate Eu ropean culture for the benefit of locals and tourists alike. For 2016, the two capitals are San Sebastian, Spain and Wroclaw, Poland. Knowing this helped North Vancouver artist Monika Blichar narrow down her choices when picking a destination for her second annual Painting Dreams international art tour. The fact that she speaks Polish and has family living in Poland helped make up her mind.

From July 23 to Aug. 5, Blichar took a small group on an art tour of Wroclaw, which is the largest city in western Poland and lies on the River Oder. The travellers visited galleries, museums and local attractions and developed their art skills.

“We did about three hours of painting every day,” Blichar says, both in their rented luxury apartment and en plein air.

In an effort to experience a mix of art, culture and history, the group also visited a 13th-century castle, toured a former concentration camp, took cooking lessons and attended a film festival.

Last summer, Blichar took 11 people to southwest France with the goal of giving participants a different experience than they might have on a more rigid tour. This year, her mission was much the same.

“I’m hoping they’ll see things that they would not normally see on a day tour that’s really crammed and scheduled rather than something a little bit more intimate,” she says. “I’m hoping to inspire people.”

Some of the artwork the participants created in Wroclaw, along with Blichar’s photographs of the sites, will be on display at the fourth annual Polish Festival on Sunday, Sept. 4, from 2 to 7:30 p.m. at Lynn Valley Village.

Blichar has a degree in English and French from the University of Victoria and has taught language in public and private schools.

“I’ve always done art. It was always my side thing,” she says. “When I finished my degree and started teaching full time, I really had a bit of a void of creativity.”

To fill that void, Blichar continued to moonlight as an artist and began selling her work. Eventually, she opened a studio in East Vancouver where she taught language and art.

“That studio got too small, so I moved up to North Van,” says Blichar.

MAB Art Studio & Boutique Gallery has been located on Pemberton Avenue for almost four years and offers art classes for kids and adults. When she’s not teaching or working on her own projects, Blichar is busy organizing Art World Expo, a large-scale event that takes place every spring in Vancouver.

“It features 100 artists, a fashion show, the largest body painting competition in North America,” she explains.

She got the idea to start leading European art tours after accompanying a group of private school students to Eastern Europe a few years ago.
“I thought why not try it and see if it works and there seems to be a good demand for it,” she says.

For Blichar, who was born in a refugee camp in Italy and moved to Red Deer, Alberta before settling in the Lower Mainland by way of Vancouver Island, visiting Poland offered a glimpse into her own family history.

“It kind of came full circle for me,” she says.

Now back at home, Blichar is already busy planning the 2017 Painting Dreams art tour to Barcelona, Spain. Those interested are invited to sign up for a free information session Aug. 28 at mabartstudio.com.