The Secret Life of Pets 2: Sequel barking up the wrong tree for laughs 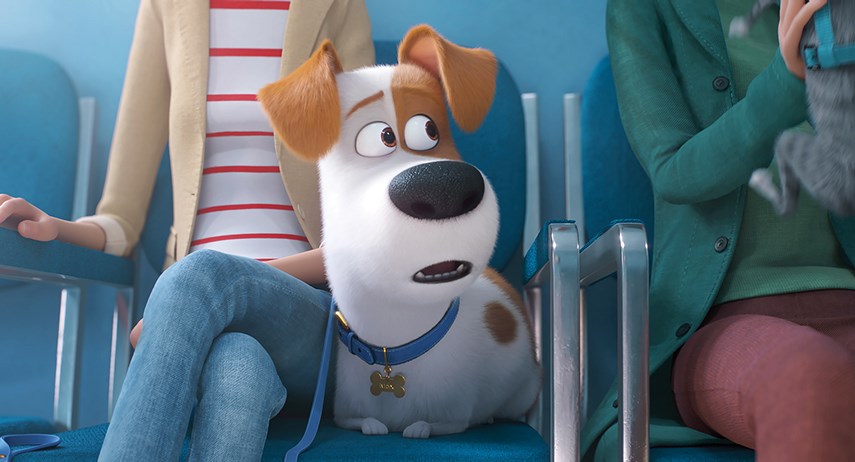 The voice of Patton Oswalt replaces Louis C.K. as Max, the Jack Russell t errier, in the second instalment of The Secret Life of Pets 2.Supplied

Illumination’s 10th animated feature is a follow-up to The Secret Life of Pets, the 2016 family blockbuster that had the biggest opening weekend ever for an original film.

Which only underscores how obsessed we are with our pets. You can buy nail polish, perfume and even beer for your pooch. We cradle our pets into stores and restaurants, push them in prams, and proudly display “dog mom” and “crazy cat lady” bumper stickers. Any dinner party I’m invited to starts off with a 10-minute discussion about the kids but invariably devolves into several hours of dog talk.

No surprise then, that a film based on the internal longings and external hijinks of house pets would do so well. Just what DO they do all day while we’re at work?

The star of the original film was Louis C.K. voice of canine anti-hero Max. After some decidedly R-rated behaviour offscreen, the disgraced comedian was replaced by Patton Oswalt in the title role. Oswalt is joined by a star-studded array of supporting characters old and new, including Ellie Kemper as Max’s owner, Eric Stonestreet as an oversized mutt, Lake Bell as a catnip addict, Tiffany Haddish as an empowered Shih Tzu, Kevin Hart (who has had his own share of controversy since the original film) as a fluffy bunny and Harrison Ford, in his animated debut, as a badass farm dog.

This time around Max has to adjust to the arrival of a new baby in the household. He resents the intrusion at first, but it isn’t long before Max takes on the role of protector of the baby boy, which amps up his neuroses to code Big Red. Because this is a somewhat slim structure for a feature film, and all-too reminiscent of Max having to adjust to the arrival of a new dog in the first film, writer Brian Lynch and directors Chris Renaud and Jonathan de Val conjure up several unrelated sideplots.

The first sees Max and mutt Duke (Stonestreet) travel to a farm, which gives filmmakers an excuse to introduce new animals, like cows and turkeys. This is where Max meets Rooster (Ford), a veteran farm dog who schools Max on how to find his inner alpha, lose the plastic cone and conquer his fears once and for all.

Meanwhile, back in the city, pomeranian Gidget (Jenny Slate) is on a mission to rescue Max’s favourite toy from a neighbouring apartment jam-packed with cats. She enlists the help of Chloe (Bell), who is perpetually hopped up on catnip. And after an overzealous owner outfits him in superhero pyjamas Snowball (Hart) believes he’s an actual superhero, going on a perilous mission to save a circus tiger with wise-cracking Daisy (Haddish). But can Snowball maintain the confidence when the jammies come off?

Insert the obligatory you-can’t-teach-an-old-dog-new-tricks reference here, and even at 83 minutes, the three mini movies that are The Secret Life of Pets 2 struggle to keep the laughs going. Minus some of the character development and buddy camaraderie present in the original, SLOP2 (a poor acronym if ever there was one!) is better suited to home viewing, if at all.