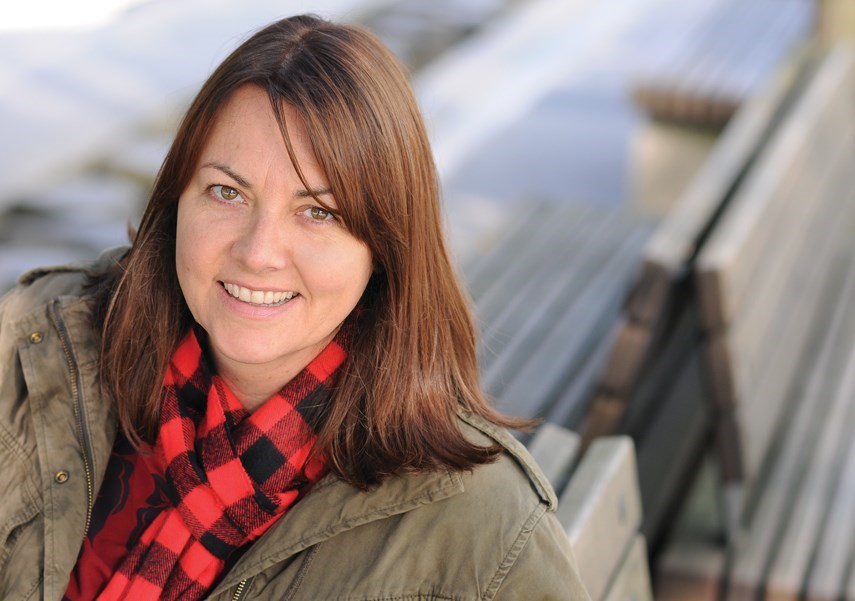 Whether it’s Katniss Everdeen battling dystopian forces in The Hunger Games or young Liesel Meminger’s coming-of-age tale during Nazi Germany in The Book Thief, YA is full of old-world themes of good versus evil filtered through young eyes and a fresh-faced voice.

Adults love to read and write these kinds of stories as well. And for all those who love YA but feel like they could never top Lord of the Flies, North Vancouver writer Jackie Bateman is hoping to show you how.

Along with writer Eileen Cook, the pair are set to deliver a workshop on writing for young adults during the upcoming virtual North Shore Writers Festival.

“The young adult market has progressed over the last 10 years. When I was a teen it didn’t exist and what I used to read is Stephen King. Now, we’ve got this whole young adult market which, to my mind, has just gotten darker and darker,” Bateman tells the North Shore News.

This is a subject Bateman knows well – she’s an expert at crafting a dark story channelled through a gritty teenage voice, as evidenced by her chilling trio of psychological thrillers, called The Lizzy Trilogy, which features an obsessive nemesis, a suspected serial killer, a tenacious teenager and some bleak Scottish towns.

Her novels occupy a space where the horror, thriller and young adult genres intersect, she says.

“I guess my novels are really a hybrid. It’s a fine line,” said Bateman. “I love eccentric characters.”

Bateman, who was the North Vancouver Recreation and Culture Commission’s artist in residency prior to the pandemic, is set to teach virtual attendees of the free workshop about the importance of world building in YA, as well as some tips and tricks for crafting an apprioprate voice and captivating characters.

“People think of world building as space or sci-fi – complicated world building. It doesn’t have to be, it’s really referring to a believable and compelling setting,” she notes.

Cook and Bateman will also have a section looking at the YA market more broadly, where they’ll discuss some of the traditional gatekeepers of the industry, namely the parents and libraries who greenlight whether kids will get to read your work.

“For example, what swear words can I use when writing a YA novel?” jokes Bateman.

The North Shore Writers Festival went on hiatus last year due to COVID-19.

This year’s virtual festival will touch on everything from memoir composition to Black British Columbian history.

Although the NVDPL was slated to take the lead on this year’s festival, the recent and tragic stabbing spree in and around Lynn Valley library necessitated more involvement from the other two North Shore libraries.

“Following everything that happened on the weekend, both the West Vancouver library and our library reached out to ask what we could do to help,” said Abigail Saxton, city library spokeswoman. “One of the ways that libraries really shine is when they’re able to work together and when they are able to collaborate with each other. … This is just one way that we can help out.”

This year’s North Shore Writers Festival runs from April 12 to 19. Visit the festival’s website for more information or to register for an event.

A full list of this year’s festival workshops and events: