Tales from an unconventional childhood 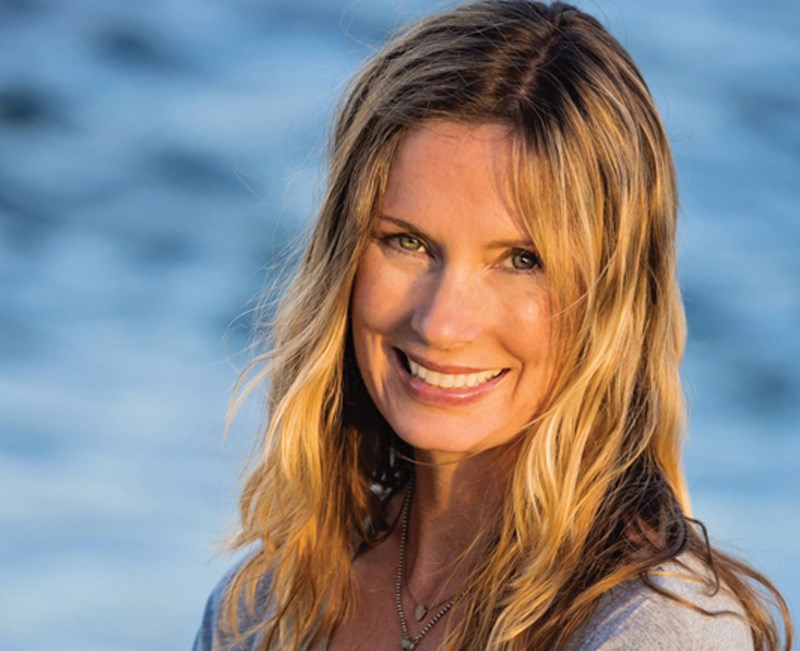 Grant Lawrence in Conversation with Cea Sunrise Person, who will discuss her new memoir Nearly Normal: Surviving the Wilderness, My Family and Myself, Friday, Feb. 24, 6:30 – 9 p.m. at West Vancouver Memorial Library.

Ambleside author Cea Sunrise Person needed at least two books to unleash all the bizarre stories from her unconventional childhood living in the Alberta wilderness and her later escape to the international modelling world.

Three weeks before she was born, Person’s eccentric grandfather, Papa Dick, was determined to abandon his native California, civilization and society in general. With the father of his pregnant teenage daughter out of the picture, Papa Dick decided it was time to make a move north.

There was a brief stop in New Denver, B.C., so Person’s mother, Michelle, could deliver her before the family carried on to the Kootenay Plains of Alberta in 1971. The next nine years of her life would be unusual and erratic to say the least.

Person lived in and out of canvas teepees miles from civilization, with neither electricity nor running water, at the mercy of fierce storms, shortages of food which the family would forage for themselves, and adults more interested in their own desires than parenting a child.

“So I was exposed to a lot of things that children shouldn’t be exposed to. There was open sex, open drugs, open nudity what have you, everything going around me all the time. There was never a time when I was really innocent,” says Person.

Then one summer Person’s mother decided to take her and leave the wilderness because she was missing a romantic partner.

“And that’s when things got really crazy,” recalls Person.

When Michelle went looking for love, spinning from one boyfriend to the next, Person came along for the ride. Her mother had no money and began carrying on with a criminal boyfriend who stole from cottages and often squatted in them.

As a youngster, Person had learned to fear the police. She vividly recalls the day she saw a cop car coming up the path and the feel of the sharp rocks stabbing her bare feet as she ran as fast she could to warn her mother.

The cops came to bust her mother’s boyfriend for growing pot “but we escaped them in a car chase,” says Person. Through numerous misadventures she started to realize her life was not normal.

When Person was nine, her mom decided to join civilization again and settled in Calgary to start a new life. However Person was ready for a drastic change of her own.

“When I was 13, I walked into a (modelling) agency that was having a competition and four months later I was in New York,” says Person.

Now immersed in the fashion world, she forgot about her unbridled formative years and enjoyed a successful career in catalog modelling, making a home base in Germany for 10 years. But by her mid-20s, memories of her childhood and some resulting resentment caught up with Person.

“And I found my life completely falling apart in my 30s, so that’s when I decided to write my memoir,” she says.

While confronting the death of her still-young mother to breast cancer, the end of her second marriage and the demise of her business, all within just a few months, Cea decided to put pen to paper.

The problem was, she didn’t know how to write. It was a trial and error process, testing out different structures and voices before Person found the right vehicle to tell the story. She decided to narrate the memoir from her point of view as a child living those experiences. That’s when she started getting offers from multiple agents, after previously receiving rejection letters.

In her memoir, North of Normal, a bestseller in 2014, Person bares her soul but holds back stories too difficult to include.

Until now. The untold agonizing anecdotes are found in Person’s second memoir, Nearly Normal: Surviving the Wilderness, My Family and Myself, which was released on Feb. 7 and has already landed on multiple bestseller lists.

Person says thousands of people, after reading her first memoir, have reached out to say they can relate to her story. Growing up in that free-loving lifestyle without boundaries has created challenges for Person in her adult life, including making huge mistakes romantically and financially.

These days Person is living the life she craved when she was younger. She shares a home in Ambleside, with her husband and three children.

“This is what I dreamed of – something that felt normal to me – living in the suburbs and driving a minivan and having a functional family and not having to cope with other people’s idea of normal,” she says.

The author is looking forward to sitting down with CBC broadcaster and writer Grant Lawrence tonight to talk about the new book and show some unpublished pictures from her early life.

“It’s going to be great,” she says. “Grant Lawrence will be moderating it and he is like the funniest, most awesome guy so it should be really fun.”

Drinks and appetizers will be served at the event which will include a short reading by Person, a Q&A with Lawrence and mingling with the audience.

Person is currently working on her first fiction novel and couldn’t be happier.

“Yeah it’s always been my dream to be a writer, so it’s amazing to see it come true,” she says.