Someone has drawn a hilarious interpretation of a Metro Vancouver map 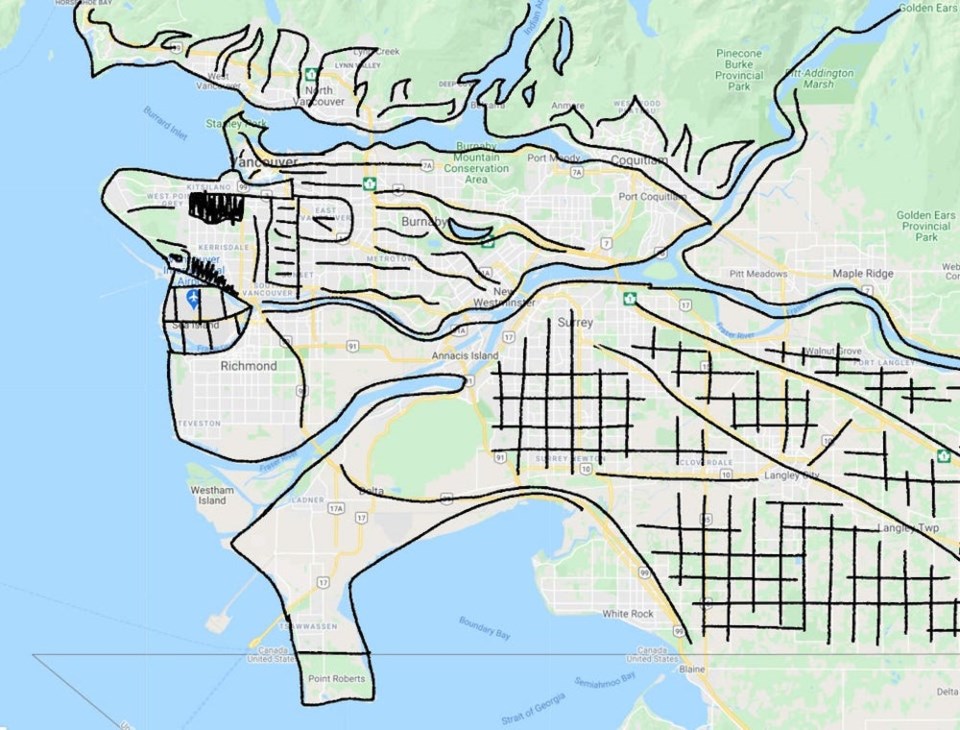 What do you see when you look at a map of Metro Vancouver?

Although people typically make out weird shapes while staring at clouds, someone noticed something rather comical about the shape of the region--and they decided to pen out their unique observation for the world to enjoy.

Reddit Vancouver user pokepoke shared their artistic view of Metro Vancouver to the platform on Dec. 30, noting that "I just noticed something about the map of Vancouver."

It's difficult to say exactly what the outline is supposed to be, but a few people comment that the man's face looks like a number of celebrities including Tom Cruise, Nicolas Cage, Guy Fieri, and even Ron Jeremy.

Some people are simply taken aback by how odd the drawing is, while one person quips "An absolute masterpiece of our generation."

User DarkPrinny asks, "Why is his hair on fire?" to which the original poster writes, "Gunna have to ask him."

Another person adds that they like the creature/man's hoof, while someone else can't get enough of his "tooth sparkle"

At the time of this writing, the drawing has been up-voted 195 times.

Reddit also has a MapPorn page, which includes interesting maps from across the globe.