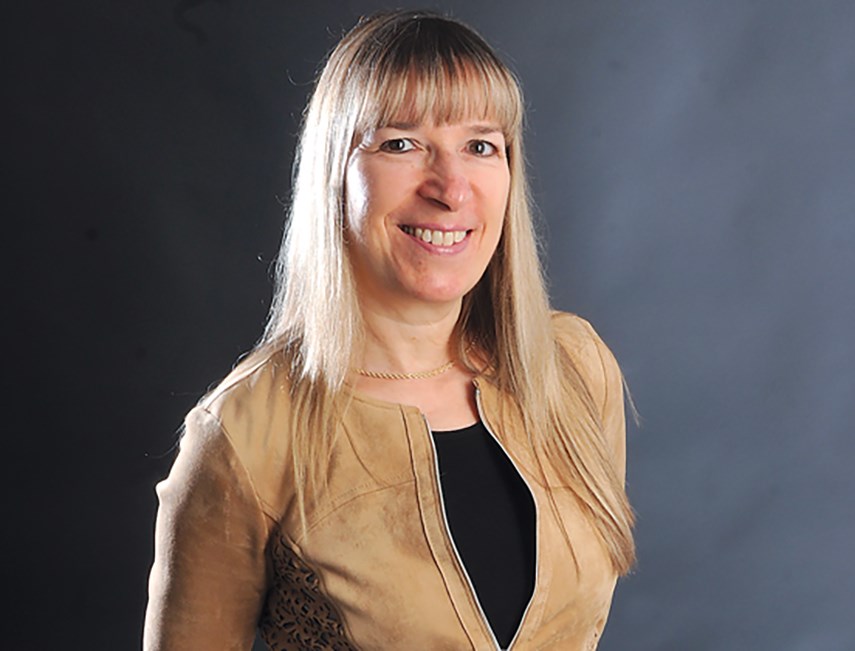 About half the band, including Morrison herself, studied in musical programs at Capilano University.

Morrison started playing the trumpet at the age of 12 but initially trained as a classical musician. She did undergrad and graduate studies in a chamber orchestra in Boston before entering into a business career from which she is now retired.

Moving to North Vancouver 14 years ago she picked up the trumpet and started classes at Capilano University the following year.

Morrison talked to the North Shore News about the formation of the group and the significance of the musical journey they are beginning.

North Shore News: The Sister Jazz website is fantastic. It’s got detailed information on each of the musicians in the ensemble and it looks like you’ve started a new archive on the history of women in jazz.

Christian Morrison: Exactly. I want to show what women have contributed to jazz from the 1920s until today.

Christian Morrison: One other at the moment, and that’s Jazz Connection, which is a community big band in North Van, and prior to that for eight years, I was music director the Mighty Fraser Big Band in Surrey.

North Shore News: When did you start up the Sister Jazz Orchestra?

Christian Morrison: The idea started to percolate in my head about two years ago. It takes time to figure out once you have the idea – ‘How am I going to make this real?’ I’ve really spent the past year pulling it all together, starting with, ‘Do I have musicians?’ and then working through, “Where can we play?’ and ‘How do I make it economically feasible?’ Raising money, creating websites, promotions, getting guest artists in and that sort of thing. That’s been kind of a year of intense work.

North Shore News: There’s quite a range of players in the Sister Jazz Orchestra. Some well known veterans, who are leaders of their own bands and some up and comers as well.

Christian Morrison: I’m pretty plugged into the network of musicians in Vancouver from a number or perspectives. As a fan I’ve seen a lot of the great musicians in this town and then having gone back to Capilano University 13 years ago I was an older student but hanging out with up-and-comers, who have now become professionals, who are in their mid-30s. And then working with the community band often we’ll have subs in who are current university students and so I have this whole network of musicians in Vancouver. I started with, ‘OK, who do I absolutely want to have if this is going to be a top quality ensemble in this city – who are the women who are right there on top?’ I started with them and I asked if they were interested and then when they told me they were, I asked them, ‘Who do you like to play with?’ I sorted fanned out from there. Contacting women who referred me to other women until I filled out the band. I started asking women last November and I got my last musicians in place in July.

North Shore News: You have 18 in the band plus you. Is that a standard number?

Christian Morrison: A typical big band has 16 or 17 depending if you have only piano or only guitar – I have both. Some big band arrangements call for five trumpets or five trombones and others are only four. It fluctuates but being a trumpet player I have five trumpets. One of the things I love about big band is just the range of sound you get from them – from the big flat out wall of sound to very distinct combinations of different instruments. I didn’t want to have only guitar or only piano. I think having all of the instrumentation makes it the most flexible to be able play the diverse repertoire that is out there.

North Shore News: Is that partly because of your classical background as well? You’re describing a full jazz orchestra.

Christian Morrison: You’re right on. Part of the way I select repertoire I definitely have a classical sensibility in my head in addition to the jazz. I love to choose repertoire that has interesting textures or interesting melodic lines – the kinds of things that you might hear in an orchestra or a Bach suite. It does influence my choices of music.

North Shore News: What is the repertoire for Sister Jazz?

Christian Morrison: This wasn’t part of my original idea but as I researched I decided I wanted to feature music that has been written by women, as well as having it played by women. We’re not 100 per cent written by women but this first show is 80 per cent and it will definitely be over 50 per cent going forward that has been written by women. When I started I could probably have named you three women who wrote for big band and now I have a list of top female composers of 50-plus and a long library list of tunes I would love to have the orchestra play over time. That’s reaching back to the 1920s all the way through to today and there are a lot of women writing for big band today and so that repertoire keeps growing.

Christian Morrison: Mary Lou Williams is probably the grandma of big band composition and arranging. She wrote for Duke Ellington and Benny Goodman and in later years she wrote for Dizzy Gillespie. She was very well respected by these great band leaders and really influenced the sound of their ensembles and yet if you ask most big band fans, even lovers of Ellington or Goodman, they [probably haven’t] heard her name. Women weren’t at the forefront of jazz they were in behind the scenes and they were doing things that were important but they didn’t get the spotlight. What I’m trying to do is give them the spotlight.

North Shore News: Will Williams’ music be in the show?

Christian Morrison: Yes, she will. Absolutely. I couldn’t have done the premiere without Mary Lou Williams. I have one of her tunes. My intention in this opening concert is to have a little taste of each of several female composers so the audience can say, ‘Oh that’s interesting I like the sound of that one.’ In future concerts we’ll do more of a dive into them.

North Shore News: Will you have a vocalist performing in the show?

Christian Morrison: I don’t have a full-time vocalist and we’re not featuring a singer in this first concert. We will in future concerts. I think I really wanted to make a statement that women can play instrumental jazz. Everybody appreciates that women through the decades have been singers, amazing singers, but women as instrumentalists is just less known and less appreciated so that’s the opening statement I wanted to make but we’ll definitely in the future have singers come in.

Christian Morrison: She’s an incredible drummer and drums are really the backbone of a big band and so that’s going to be very exciting. She started the Diva Jazz Orchestra in New York, an all-female professional jazz orchestra. They auditioned all over the world when they started that orchestra. They’ve toured the world and recorded several albums. Having her here for our premiere is incredibly meaningful to us

North Shore News: Do you have any plans to record?

Christian Morrison: I would like to down the road. I think before we record we would have music written specifically for us rather than recording other peoples music. I think it would make sense to commission works for our orchestra.

One of the important things about the orchestra is to be role models for the next generation. One of the reasons I started this is because I’m a big big band fan and always inspired to listen to the professional jazz orchestras in Vancouver and all over in my travels and became increasingly disappointed that there are no women in them. Maybe one or two token but they are male-dominated. Girls who are musical or who are thinking about jazz or hear some jazz and [want to check it out] but it’s all men and they opt out. Female jazz talent is being squelched before it even begins. It’s the mission of the Sister Jazz Orchestra to change that.