Sarah Shook & the Disarmers shake it out at the folk fest 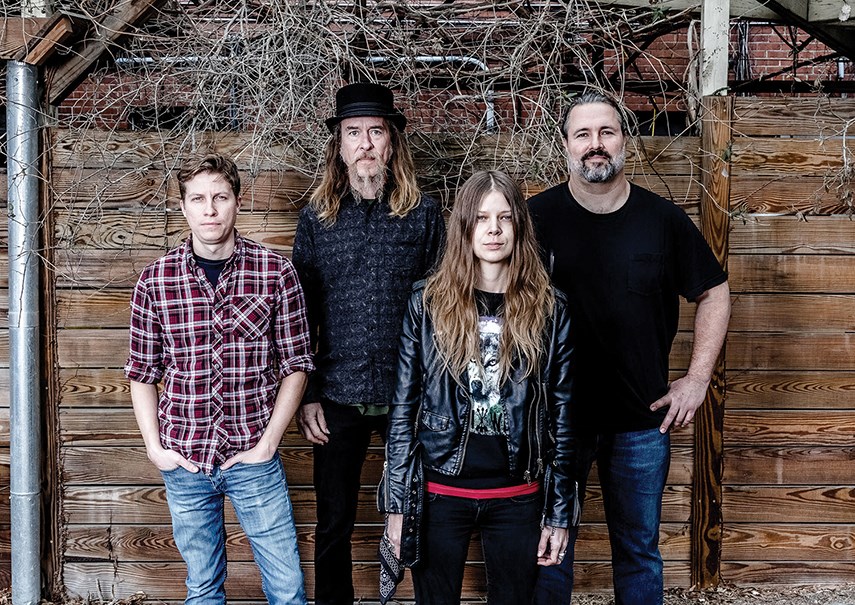 North Carolina's Sarah Shook & the Disarmers play upwards of 150 shows a year. They're performing sets and participating in workshops at the Vancouver Folk Music Festival this weekend.Supplied

That is, after growing up in a fundamentalist Christian household where her role as a young woman was rigidly defined from birth, she rebelled by calling her first band Sarah Shook and the Devil.

“It was certainly meant to be a playful jab at my parents and my upbringing. Fortunately, they were good humoured enough to take it as a joke,” Shook tells the North Shore News, on the line from Montana where the singer-songwriter and her latest country outfit, the Disarmers, are busy packing up their tour van en route to the next gig.

The North Carolina-based group is set to dish out their authentic blend of country-punk with a hint of outlaw during the Vancouver Folk Music Festival this weekend. And while Shook – along with Disarmers cohorts guitarist Eric Peterson, upright bassist Aaron Olivia, pedal steel guitarist Phil Sullivan and drummer Kevin McClain – are thrilled to be here, it was a long dusty walk down the country road to get here, she explains.

Homeschooled all through childhood and deprived of the usual level of social interaction others her age might have been accustomed to, Shook describes a revelation of sorts occurring at 17 – that’s when she got her first job and first set of wheels.

“That comes with a specific level of freedom and it just got to the point where my folks didn’t really have the ability to check up on me all the time,” she says.

Growing up, Shook managed to teach herself both the piano and guitar, but since only Christian and classical music were allowed in the household her knowledge of any form of popular music was lacking. This severe absence of popular music know-how “horrified” her new co-workers, says Shook, adding that soon after they started loaning her CDs and she went on an educational “listening binge.”

Like a child reading a scary novel by flashlight under the safety of a quilt, Shook would wait for cover of darkness to pore through her growing collection of sonic gems. Before starting her own music career, a couple of key influences emerged from these early listening experiences, she says.

“I was in my early 20s and the first country song I heard was Johnny Cash’s rendition of ‘Long Black Veil.’ It just absolutely blew my mind and I started listening to all of that old school country stuff – George Jones, Wanda Jackson, Charley Pride,” she says.

She was also drawn in by the music of indie singer-songwriter Elliott Smith, with his “vulnerability and his willingness to be his authentic self, even if it wasn’t necessarily painting himself in a good light.”

Expressing yourself, foibles and all, is a message that’s had a lasting impression on Shook. Across a pair of albums with the Disarmers, and one with the Devil, Shook has explored typical country fodder such as excessive alcohol consumption, bad decisions, and even worse relationships – it’s her unique voice and the band’s country-punk twang that bring it all home.

The band, formed in 2014 following the dissolution of Shook’s first group, sticks to a rigorous touring schedule, now playing upwards 150 shows a year.

The band’s newest album, Years, explores the closure of a relationship, and the spectre of unhealthy relationships more generally.

“When I first started playing shows … I still at that time felt like I write songs for me to exorcise my demons and get this stuff out of my system,” she says. “Over time, especially at live shows when half the audience is singing along with you and someone might be crying, you realize that even though this is something that I initially did for a self-healing purpose that people feel like they own it too. They’ve been through it too. Their circumstances might be different and the details might be different, but the principle is the same.”