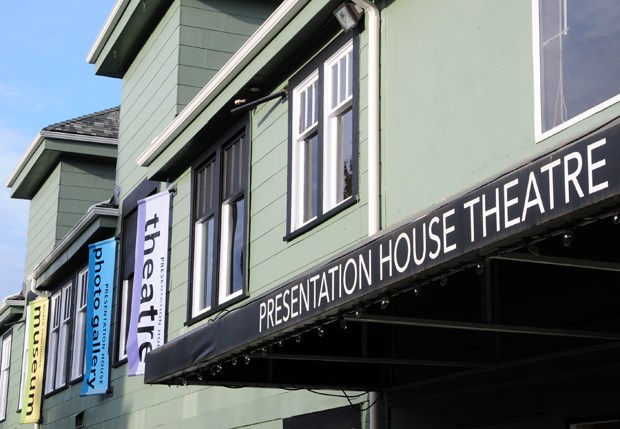 The North Vancouver theatre is investing in video streaming technology to support its delivery of virtual programming, following a $50,000 grant from the B.C. government for capital projects in a variety of sectors across the province.

Like all venues that specialize in live events across B.C., Presentation House was forced to cancel or postpone much of its season last year due to COVID-19 restrictions barring in-person attendance.

Those restrictions are technically still in place until Feb. 5, but most venues expect them to be extended indefinitely by the province.

While the theatre has found ways to host some of its community projects online – and started a new creative hub co-op for artists to use during the pandemic – Presentation House is investing in new cameras and equipment that will allow them to beef up the kind of virtual theatre experiences they’re able to offer in the future.

“We don’t think live streaming of theatre is going to go anywhere after COVID is done. I think artists are interested in it as a potential artistic expression, some audiences prefer to watch it at home – and also, it’s an accessibility issue. Some people, for a variety of reasons, don’t find coming to the theatre particularly accessible, but they’d be able to access it at home,” said Andrea Loewen, the theatre’s managing director. “We’re a space that a lot of other artists and community groups come to host their own projects. We wanted to have that gear and have technicians that could use it.”

While the theatre is using the grant money to buy new camera equipment, the main piece of new tech will be a switcher – a device that will allow technicians to seamlessly use a multi-camera or multi-screen setup to make the experience of virtual theatre more immersive.

While in-person theatre will continue to be the venue’s bread and butter, bolstering the theatre’s virtual capabilities will be useful during and after the pandemic, according to Loewen.

For example, although the theatre can’t finalize details right now, they’re hoping to be able to stream an immersive female-based combat drama this April from a Vancouver-based theatre production company, she said.

“They want to reach a wide audience. Hopefully, we’ll have a live audience, but even if we do have in-person we’ll live stream it out using our new technology,” said Loewen.