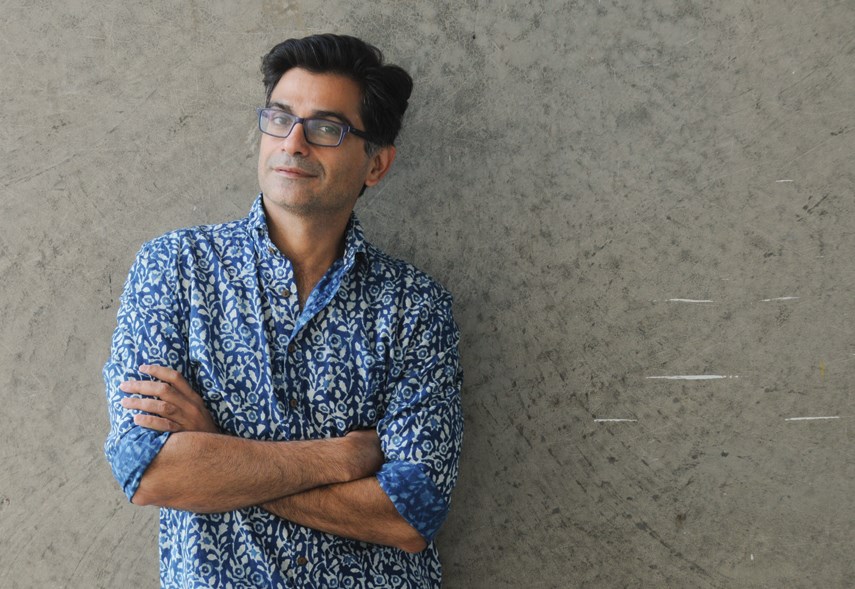 The Arts Club presents Buffoon, showing Oct. 22 to Dec. 6 at the Granville Island Stage. Tickets for live performances from $39 and digital streams from $19 at artsclub.com.

North Vancouver writer Anosh Irani has found the perfect character to tell his latest story of humour and heartbreak.

In a tale that’s described as both delightfully funny and shockingly heartbreaking, Irani’s new play follows the character Felix, a clown born to circus folk who’d rather by trapezing than parenting, as he navigates a theme near-and-dear to the author’s heart: the search for home, both in a physical and spiritual sense, as well as a feeling of belonging.

While Irani is pleased that Buffoon will be making its Vancouver debut as part of a trio of fall plays that signal the reopening of the city’s Arts Club Theatre, he contends he didn’t have much of a choice in the matter when it came to writing the show in the first place.

Rather, like much great art, the play and the character of Felix chose Irani – not the other way around.

“I ended up writing in his voice. It was such a clear perspective. I was compelled to do it, I almost didn’t have a choice, and then another journey began – that of a one-person show,” Irani tells the North Shore News.

In the early 2000s Irani was busy at work on another play that involved a circus setting and at least half a dozen characters.

But like many artistic endeavours that reach for the heavens but end up getting a little too close to the sun, that play eventually fell back down to earth, explains Irani.

While that play failed to truly take off, another voice kept calling to him. One of the play’s characters was a clown and it suddenly dawned on Irani that this character needed his own show.

“We never produced the play, it was always in workshop form,” he says. “The character of the clown had a really strong voice.”

Inspired by his love of clowning, as well as one-person shows in the vain of Canadian theatre auteurs Daniel MacIvor and Morris Panych, Irani centered Buffoon around Felix, who often turn’s life’s misfortunes into jokes.

When the audience first meets Felix, the character’s longing for home and family is piqued at the young age of seven – after he falls for an older woman, eight years old. We then learn that Felix, in the present day, is in prison.

“He really takes us on a journey and tells us a story of his life from the time he was born till to the present moment where he’s actually in a prison cell,” says Irani. “Why is he in jail? How did he get here?”

Clowning has a long association with the stage – from the Italian commedia dell’arte to the travelling clown circuses of the early 20th century. Irani says his character, in typical clown fashion, uses the lens of humour to explore tragedy while coveting all the attention in order to tell his story.

But there’s also a lot of heart, says Irani.

“It’s a poetic rendition of a story. I don’t look at a clown as device, I think of a clown as a very intelligent yet subversive and humane being,” he says. “He wanted loved from his parents and he continues to long for something in the present moment.”

Irani is perhaps best known for his novels, such as The Cripple and His Talismans or The Song of Kahunsha. Last year, Irani published Translated from the Gibberish: Seven Stories and One Half Truth, a collection of short stories that, like many of his best-know works, examined the concept of home.

“I’m grateful that I have a roof over my home, that’s different. It’s more existential. So many of my characters, at so many levels, their need to be part of something is admirable and pathetic at the same time, for me at least,” says Irani.

It’s an existential calling he can relate to. Irani moved from India to North Vancouver 20 years ago. He loves his adopted homeland, as well as the country he grew up in, both neither exactly feel like home, he says. There’s always some part of him that’s wandering and wondering where he’s supposed to go, what he’s supposed to do.

“I personally feel like I will never feel at home, anywhere, no matter where I go. That’s useful as a writer,” he says.

And in Buffoon, it’s this same existential question that frames Felix’s journey from being born to the circus to ending up where he does. In the meantime, we’re all searching for where we truly belong.

“For him, performing is being home,” says Irani.