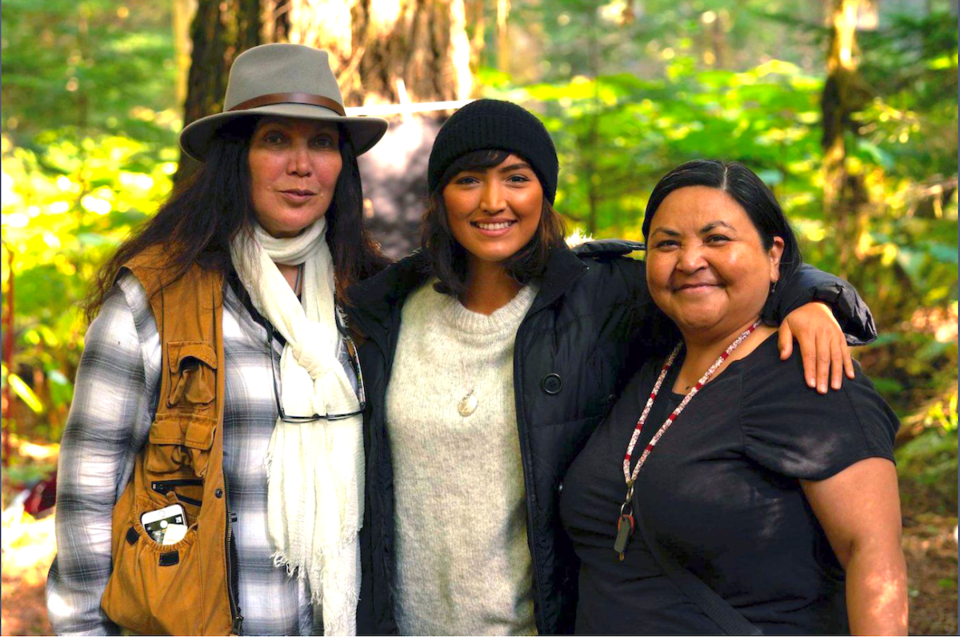 Lisa, played by Grace Dove (The Revenant), has returned to her home village of Kitamaat and to the powerful, unsettling visions that haunted her childhood. When her younger brother disappears, she’s driven back into the supernatural world she tried so hard to ignore.

The Haisla woman struggles to wrangle voices of the dead, powerful spirits and recurring visions with the real-life pain and trauma her family faces. As her story develops, time folds over on itself, revealing different information as Lisa relearns and re-sees what has happened — what will happen.

Elliptical storytelling is a signature style for director Loretta Sarah Todd and the novel’s author Eden Robinson. Both eschew the linear timelines where stories progress forward in favour of a place-based sense of time, allowing the land and ancestors to speak, making the past present for those who see.

Monkey Beach, adapted to film from Robinson’s debut novel, wrestles the shadowlike storytelling onto screen using the score and cinematography to make the land its own character. West coasters will recognize this place. The way the sun soaks into forest across the water, and how turquoise water nearly clashes with the yellow-green of cedar and hemlock and messy piles of silver-tan driftwood tangle at the land’s edge.

Todd, a Cree/Metis/White filmmaker has been developing the novel to screen almost since Robinson, a Haisla/Heitlsuk writer published her first novel in 2000. Filming on location in Kitamaat Village was important to Todd, not just because that specific land is so key to the story, but so she could stack the cast and crew with Kitamaat and Indigenous people.

“I’m getting the chance to make this film that benefit should also be realized in the community where the story came from, where Eden lives. It was really critical for me to [film in Kitamaat] so I could hire as many people so there would be some revenue generated that would go back into the community,” she said in a director’s talk aired with the premier screening.

Monkey Beach had its world premiere on opening day of the Vancouver International Film Festival Sept. 24, but could be viewed as far away as Kitimat, since the festival is virtual this year. Select theatres also premiered the film in person, including in nearby Terrace.


Zoë Ducklow is a Local Journalism Initiative reporter with the North Island Gazette.