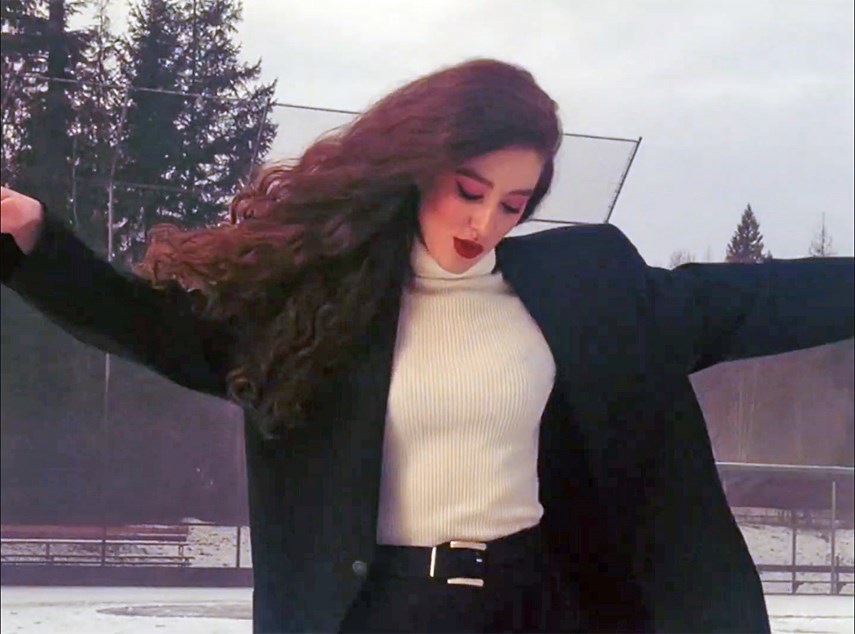 Too Late is out now via Hot Tramp Records. The 1980s’-inspired pop banger full of shimmering synths and lush harmonies juxtaposes the singer’s soaring vocals with themes of uncertainty and fear.

“I wrote this song when I was feeling both frustrated about wasting time, and also completely unable to motivate myself in the pandemic,” stated Maryze, in a news release. “I was kicking myself while I was down, which obviously isn’t helpful to get back up. For some reason, even if the lyrics are pretty depressing, the song came out upbeat and dancey. I immediately heard it with an ’80s beat – the era of sad dancefloor hits.”

The track’s accompanying music video was shot in Montreal, where Maryze now lives, and at the foot of Mount Seymour in North Vancouver where she grew up.

Maryze has released an EP and several singles over the last few years, including a collaborative music video she released during quarantine last year that involved performers sending in clips from around the world.

Maryze, born Maryse Bernard, substantially grew her fan base last year after releasing a video on TikTok where she rated “deadly” icicles around Montreal. The video has so far garnered more than 4.5 million views.

Her debut album is set to be released this fall.

Check out the music video for Too Late below: