Ivan Hartle launches new EP with show at the Railway 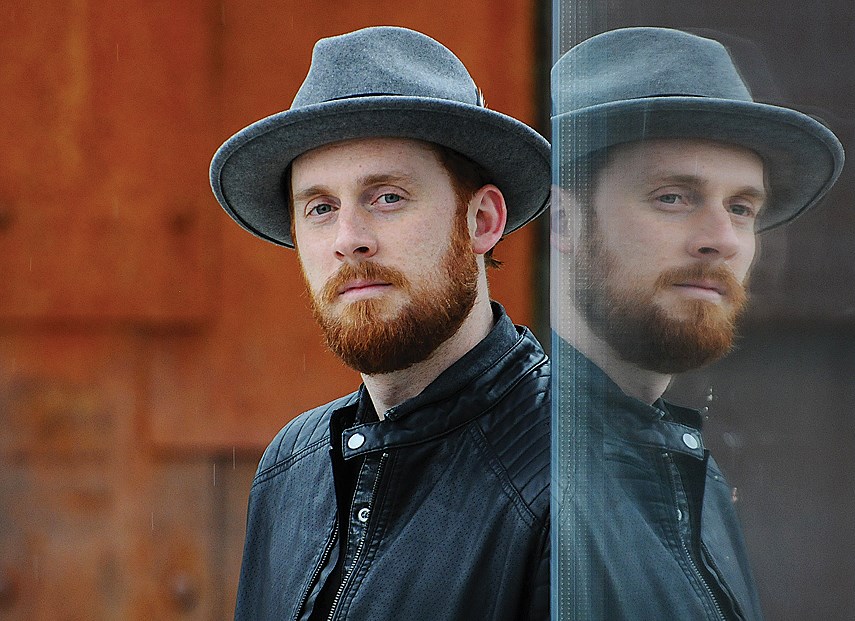 The bus drifts from the ballpark.

The roar of the crowd is a murmur now. The crack of the bat a clink that only sounds when the bus hits a bump and the Louisville Sluggers rattle.

Ivan Hartle remembers those bus rides to Western Kentucky University back when he was playing second base for the Hilltoppers. He and his teammates were bound for Bowling Green. But in their minds they were en route to Yankee Stadium, or a degree-without-debt, or maybe just to the place to be that night – wherever it was.

Hartle took out his guitar on those bus trips. It wasn’t a GS Mini Taylor but it was similarly compact. He liked the way it sounded.

“It was a good outlet,” Hartle says of his playing on those trips, sipping a coffee as Eric Burdon & War’s “Spill the Wine” plays in the background.

He was the baseball team’s “guitar guy,” he notes. But mainly he was a good ballplayer. Quick glove. High on-base percentage. He even hit .400 for Iowa Western during the Junior College World Series. But when he talks about playing baseball in Kentucky, the first thing he mentions is the town 66 miles south: Nashville, TN. Music City.

There’s country music there, of course, but it’s also a great town for blues.

“Blues and soul music has always been what resonates the most for me,” he says, extolling the brilliance of his personal big three of blues crooners: Gary Clark Jr, Leon Bridges and Son Little.

He loved that music. But as long as he was able to make the throw to first, music would have to stay in the background.

As a kid he decided he would grow up and either play baseball or music professionally. Baseball was winning. Music, however, wouldn’t go away. It couldn’t.

After all, his father played guitar. His mother also played guitar. (“I think that’s how they met,” Hartle reflects.) And in their North Vancouver home there were guitars in every room.

Hartle’s father had put in about 10 years playing classic rock in bands like Banshee I. “By the time he had my two older brothers he kind of slowed down a little bit,” Hartle says.

The house was generally a quiet one. But every once in a while his dad’s old impulse to make the windows wobble took over.

“I mostly just remember him plugging in the electric guitar,” Hartle says of his father.

His mind seemed to stock that memory away like a cheque postdated by a decade. And when he graduated from university with a degree in kinesiology he put his spikes in the back of the closet and found that memory.

There was an open mic at Cartems Donuts on Main Street and his brother, a fellow musician, advised him to play a few songs.

“I think all my experience with baseball kind of helped,” he says. “In essence, it’s a performance.”

Encouraged, he kept playing covers at open mics and “dabbling with songwriting” at home. Then he was asked to do a feature set.

Being a headliner carried a gravity for Hartle.

“I should get my stuff in order,” he remembers deciding.

He performed original songs for the first time that night.

The lyrics tend to be vague (“Got to stay right on that line.”) or oddly specific (“I didn’t want the scars. Wasn’t no caviar.”)

“I’m not necessarily trying to get ultra-personal,” Hartle says. “I like the idea of a little bit of mystery.”

Hartle recorded his EP at Orchid Studios on Powell Street with help from engineer and musician Matt Storm.

The production is largely unvarnished. “Follow Suit” opens with a guitar sound you might hear on a porch if the wind’s blowing right. But “You Got Me” is sweetened with harmonies.

Following his Until Now release show at the Railway Club, Hartle is set to head out for his first extended tour in June, going to Edmonton and back and “hitting all the spots along the way.”

It’s hard to make a living as a musician, Hartle reflects. The goal, he says, is: “to just make it my life.”