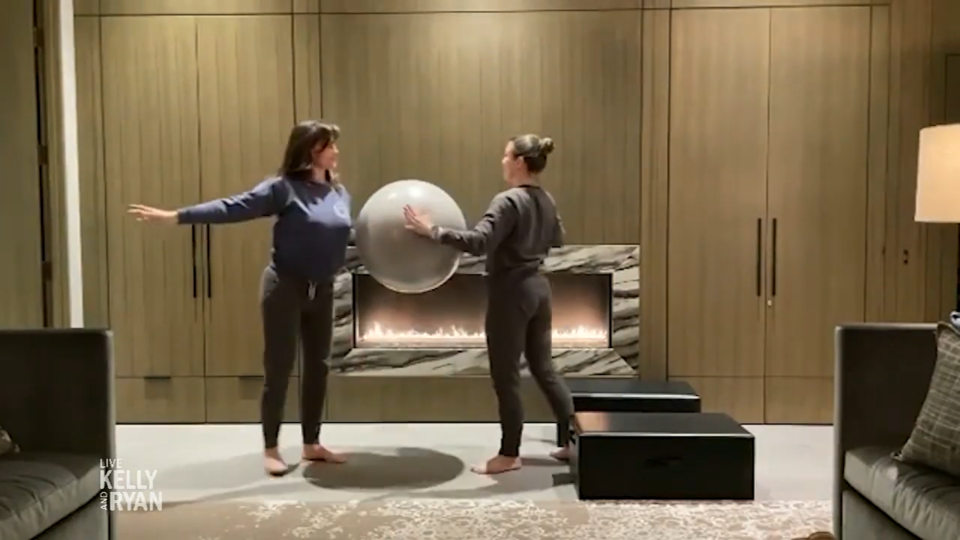 When Jennifer Garner arrived in Vancouver to shoot scenes for The Adam Project with Ryan Reynolds and Mark Ruffalo, she didn't walk off the plane and head straight to a fancy restaurant, walk the seawall, or get to the set.

She quarantined because there's a pandemic still going on.

For 14 days, the A-lister stayed in a condo in Vancouver, she tells Kelly Ripa and Ryan Seacrest in an interview released today (March 9), as a precaution due to the coronavirus (COVID-19) pandemic.

While quarantining, Garner spent time with her longtime assistant Maureen (Mo) Grosser and the two kept entertained with yoga and cooking, while Garner worked on promoting Yes Day.

"It was actually perfectly timed except that I had to do my own hair and make-up which was a disaster," she tells Ripa and Seacrest.

They also got to play with the little bit of snow they got on their deck.

"We had snow and it was so crazy because we could see parks all around and kids playing in these parks and we were dying to go play in the snow," she says.

She pointed out that it was unusual for Vancouver to get snow, as well.

"It's very rare for it to accumulate; I mean, I've worked in Vancouver, I think I added it up, two-and-a-half years altogether," she says. "Which made it so lovely to be there...it was just fun to be able to go out on the balcony and play in the snow."

Garner posted a few clips of her time in quarantine on Instagram as well.