'Fear Of Dancing' documentary explores a universal feeling of dread

I dread weddings and corporate holiday parties. I abhor nightclubs – thank goodness I’m past clubbing age. Basically, any social situation that requires me to dance is a non-starter.
Nov 27, 2020 8:30 AM By: Julie Crawford 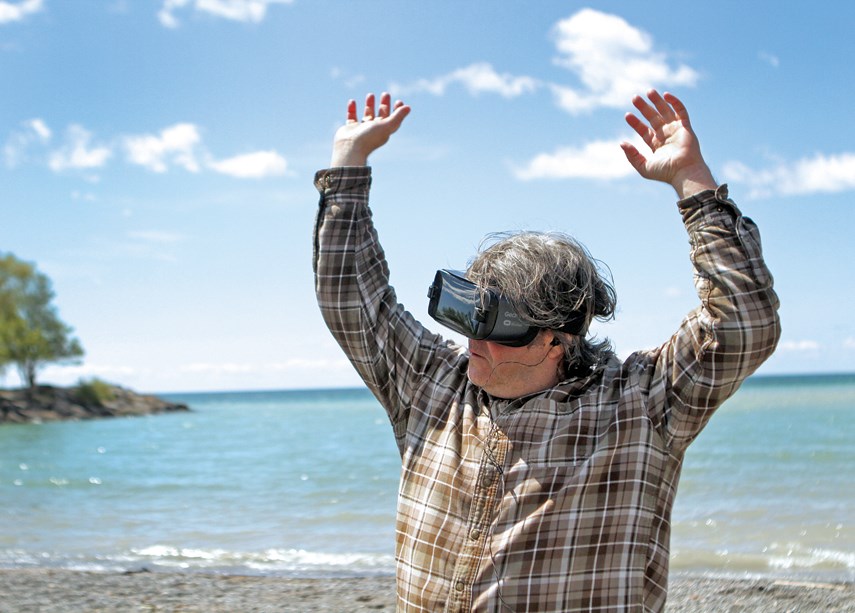 I dread weddings and corporate holiday parties. I abhor nightclubs – thank goodness I’m past clubbing age. Basically, any social situation that requires me to dance is a non-starter.

But until now I never knew that there was a name for that feeling that fills me with dread and coats me in an icy sweat before I even hit the floor.

It’s called chorophobia, and writer-director Michael Allcock explores what is both a personal struggle and a worldwide phenomenon in his aptly titled feature documentary Fear Of Dancing, streaming on CBC Gem starting Nov. 27.

It’s one thing to expose your insecurities on the dance floor, it’s quite another to put them out there for the whole world to see. “Trust me, I had no intentions of putting myself in the film,” Allcock says from St. John’s, N.L., where he’s filming a new project. “But everyone said ‘You have to be in it’ and it became apparent that they were right.”

Allcock digs into his family’s collection of home movies, charting his path from energetic dancing toddler to angsty frontman for a rock band, when it was all about hanging around in a basement listening to music and getting high.

“If I had got up and said ‘Hey, I want to dance to this one’ I think they would’ve beaten me up,” he says.

There are interviews with musicians and ballroom dance champions, with artificial intelligence creators, professors of psychology and the world’s foremost (and only?) expert on chorophobia. A Toronto couple eloped just so they could escape the torture of the dreaded First Dance.

Actor/satirist Stephen Fry also weighs in, reprising a rant that he famously gave on one of his podcasts. Dancing, according to Fry, is that “slovenly mixture of sexual exhibitionism, strutting contempt, and repellant narcissism.” Yikes.

The Fry connection came about one night at a dinner party hosted by Allcock. A couple were friends with the artistic director of the Shaw Festival, in which Fry had just performed, and they reached out of his behalf.

“I was expecting him to be a difficult person, because he’s used to being the smartest guy in the room, but he was so generous and warm.”

The greatest compliment came from Fry’s assistant (who also happens to be his sister), who, after seeing the film, said that she had never seen her brother open up like that. “That really meant a lot to me.”

The film is about breaking stereotypes – stereotypes that actors/musicians/artists must like to dance, that it is predominantly men who hate dancing, and that chorophobia is a Western affliction.

The Filmmakers travel to Kenya and meet Lucia and Margaret, two women who are very much on the social fringes because of their reluctance to dance. “Just the thought of dancing terrifies me,” Lucia says. The ability to dance is “a gift from God” that they didn’t receive. With no concept of dancing lessons, they see dancing as something that is bigger than them, Allcock says. “You could see it in their faces; they were marked by it.”

The connection between dance and cultural identity is heart-wrenchingly revealed in the story of Aileen, a Cree First Nations woman who was raised in “10 or more” non-Indigenous foster homes. With the help of her mentor, she travels to her first pow-wow in Thunder Bay. She is mic’d, and so the audience goes through Aileen’s nerves and fear right along with her as she joins the circle of women. “That one still gets me at the end,” Allcock admits.

The film “starts off hardy-har” but gets more profound, he says, because it’s bigger than dancing. “So many of us struggle with letting go of something and I think people are moved because they recognize the journey these people are on.”

So what of Allcock’s own journey, which in Fear Of Dancing takes him from a dance cruise to virtual-reality dance lessons? (A solo dance endeavor on the beach ends painfully… literally. “I did crack a rib, but we left that part out.”) He would still never go out and dance of his own volition (“that’s never going to happen”) and jokes that five hours a day in the editing suite watching yourself is enough to cure anyone of their own vanity.

But the filmmaker says that he would be more open to accepting an invitation to dance. “After a while you get tired of hanging on to this fear. … You get to a point that you feel freed of all the bullshit, the judgment from others, and from yourself,” he says. “To finally shed them is an act that’s heroic.”