Everything, Everything seizes the moment

Everything, Everything. Directed by Stella Meghie. Starring Amandla Stenberg and Nick Robinson. Rating: 6 (out of 10).
May 19, 2017 8:54 AM By: Julie Crawford 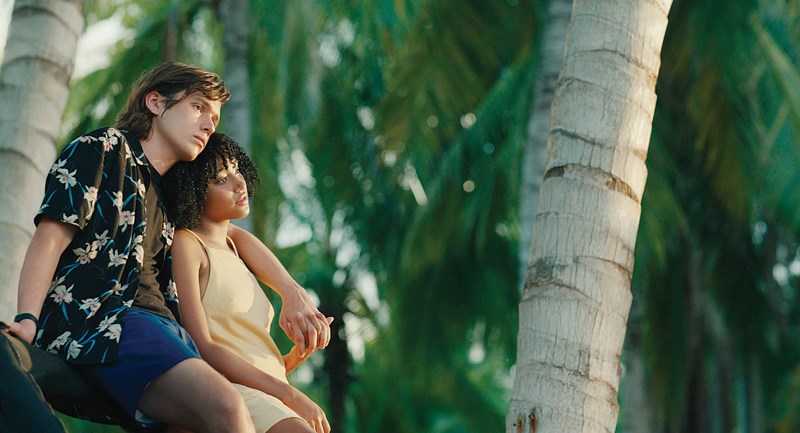 Everything, Everything. Directed by Stella Meghie. Starring Amandla Stenberg and Nick Robinson. Rating: 6 (out of 10).

Perfectly timed to coincide with the end of school and the freedom to get outside and do whatever one wants comes the story of a teen who can do none of the normal things that herald in the beginning of summer.

Amandla Stenberg (Rue in The Hunger Games) plays Madeline, a teen who has lived her entire life inside thanks to a rare immune-deficiency disorder. Her SCID (Severe Combined Immunodeficiency) has left her a prisoner in her home, with hermetically sealed rooms and clothes that are ionically sanitized.

“There’s a shortlist of people who know I’m alive,” including her mother (Anika Noni Rose), her nurse Carla (Ana de la Reguera) and Carla’s teenaged daughter. Maddy lives her life online, chatting with kids in a support group, taking an architecture class, and posting the occasional book review (The Little Prince is her favourite). She’s 18 years into an eternal sentence of house arrest.

She fantasizes about lying in the grass that grows just inches away from the solarium her mom has constructed for her, of feeling the sand beneath her feet from the beach, just a few miles away.

That wanderlust becomes acute when a cute boy moves in next door. Olly (Nick Robinson, Jurassic World, The Kings of Summer) is taken with the mysterious girl at the window and wastes no time in seducing Maddy, even if it is through glass.

“Where would you go, if you could?” Olly asks the big questions, and Maddy starts to take risks behind her mother’s back with Carla’s help. Olly’s life is far from perfect: he’s trapped in an emotional prison of his own, with an abusive father and a mother who refuses to leave.
Is life worth living if you’re watching it happen from behind glass? “When I talk to him, I feel like I’m outside.”

Toronto native Stella Meghie, director of last year’s entertaining Jean of the Joneses, offers a novel way to shield us from endless text sequences and includes some (though not enough) of the whimsical drawings and symbols from Nicola Yoon’s novel. Meghie has clear affection for her teen heroine and uses extreme closeups to help convey the claustrophobic limits of Madeline’s world; Stenberg is in every scene and mostly up to the task, proving herself a winning screen presence. (Stenberg has backing from none other than Beyonce, who cast the young actress in her “Lemonade” visual album and was present at Everything, Everything’s recent VIP screening.)

Believability is not the film’s strong suit, and a late-act twist feels like the groundwork of a different film entirely. It’s a fairly chaste love story with the exception of one scene that, while not explicit, will eliminate potential younger viewers (the book is recommended for readers 13 and up).

Glean what parallels that you will – kids unable to communicate face to face, the perils of teen sex – it all comes down to seizing the moment, which is, after all, the mantra of summer. Everything, Everything is an entertaining coming-of-age story that’s actually a coming-of-everything all at once.