Thys Armstrong performing in Coastal City Ballet production
May 19, 2017 9:02 AM By: Maria Spitale-Leisk 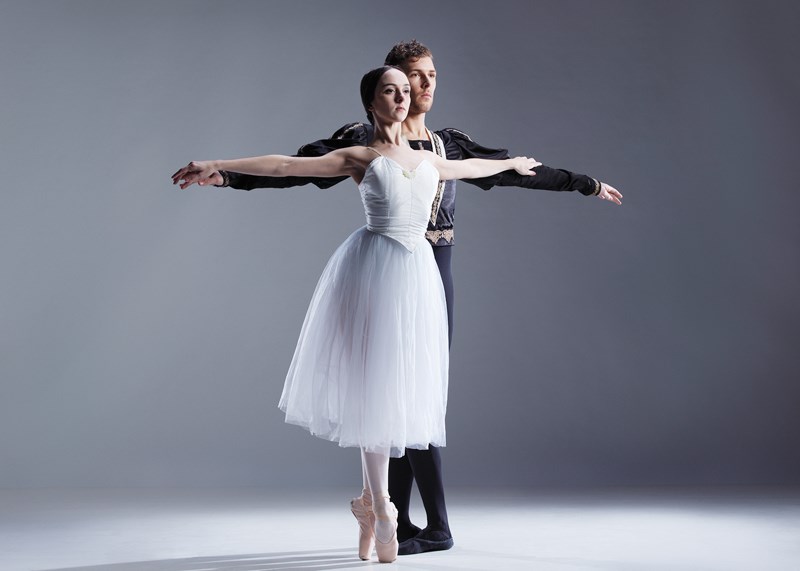 Coastal City Ballet presents Giselle, choreographed by Irene Schneider, on May 19 at 8 p.m. at The Playhouse in Vancouver and June 9 at 8 p.m. at Surrey Arts Centre. More info: coastalcityballet.com.

The Lynn Valley ballet dancer has been practising his pliés since he was four.

But don’t pigeonhole him as a one-dimensional dancer.

“I think my teachers would kill me if I said I was specifically a ballet dancer because I’m pretty far from a ballet dancer honestly,” says Armstrong during a break in rehearsals for his upcoming performance in the quintessential classical ballet, Giselle.

Armstrong was more into the tap, musical theatre and jazz genres during his dance classes at RNB studio in Lynn Valley. After graduating from Argyle in 2012, he went on to study communications at the University of Ottawa. It was then that he had an epiphany, or more like a longing for the world he had left behind.

Armstrong, 22, came home from Ottawa early to pursue dance more seriously, knowing there’s only a short window for him to soar on stage and that he can always fall back on a communications career.

In his quest to find Fred Astaire-like flair, Armstrong sought out one of the best ballet teachers for men in Vancouver, Coastal City Ballet artistic director Li Yaming.

“So he (Li) knows how to whip them into shape. And he’s really good at teaching boys who have had a late start to ballet,” explains Armstrong.

Luckily, Armstrong has a leg up. He’s 6-foot-3 and lean, which helps him be an ideal partner on stage.

There are some misconceptions about male ballet dancers, which Armstrong aims to dispel.

“I would say maybe that they’re delicate or soft,” he says of those myths. “They sort of get set aside from other athletes. I mean physically they are just in good as shape or better as other athletes.”

Yes, there’s a lot of lifting for male ballet dancers to do, but it must be executed with finesse.

“Any weightlifter could lift a girl,” says Armstrong. “So it’s not just about having the strength to lift someone, but it’s more about the finesse to make it look right. Especially when they (ballerinas) are on pointe. It should never look like a struggle.”

But a strong work ethic also goes a long way.

“When you combine those two things together, you can get an amazing dancer,” adds Armstrong, as he gears up for Giselle.

Since its Paris premiere in 1841, Giselle has become the epitome of ballet romanticism, according to a press release from Coastal City Ballet, which is mounting the show on May 19 and June 9 in Vancouver and Surrey respectively.

Giselle tells the story of a young peasant girl betrayed by a nobleman disguised as a commoner. Unable to withstand the prince’s deception, Giselle dies of a broken heart only to join the ranks of the supernatural Wilis – restless spirits who have died before their wedding day.

As vengeful as they are entrancing, the Wilis lure young men into their lair – driving them to dance until they die. In a heartfelt display of forgiveness from beyond the grave, Giselle saves her beloved from certain death at the hands of her ghostly sisters.

Armstrong is stepping into the role of Hilarion, an anti-hero who’s typically labelled as the bad guy. However, Armstrong thinks Hilarion might just be misunderstood as he grapples with unrequited love.

“He grew up with Giselle, he loves her a lot but she never really loved him back. He never got the girl,” explains Armstrong.

A haunting story of innocence and betrayal and the redemptive power of love, Giselle features some of ballet’s most dramatic scenes and otherworldly images, complemented by a beautiful score, alluring costumes and imaginative sets.

Plus, the plot won’t have to be explained to you afterwards.

“I would say of all the ballets, Giselle has the most acting, which is kind of good for the audience because you follow the story a little bit better. Sometimes classical ballet audiences can lose (the story) because there’s no narrative to go with it,” says Armstrong.

Armstrong is coming off a successful Coastal City Ballet run of Swan Lake, in which he played a peasant and had a solo during a big palace scene when all the princesses from the faraway land come in.

“I was shocked at how well that all went over,” says Armstrong. “It was so much fun. It was definitely the best quality performance I have ever been in.”

Armstrong has also graced the silver screen with his ballet dancing. He was asked to be in Center Stage: On Pointe, a made for TV movie and sequel to the original Center Stage flick, which became a cult classic amongst ballet dancers.

And Armstrong wouldn’t hesitate to step up again.

“The money’s great and it’s so much fun to do,” he says of TV gigs.

Armstrong recently acted as a ballet double during filming of the TV show Unreal – a spoof of The Bachelor.

Filmed at the Orpheum in Vancouver, Armstrong doubled for a character called Alexi, a.k.a. the Russian bad boy of ballet.

“He’s kind of crazy,” says Armstrong with a laugh. I think he was high or something. And he jumped out of the audience and jumped on stage with the ballerina. It was really fun. I got to act like a lunatic.”

Another bonus: Armstrong’s doubles partner for that scene was a principal from the Royal Winnipeg Ballet.

“So I got to work with her for three days one-on-one, which was really lucky. It was so amazing … to work with someone of her calibre,” says Armstrong.

Life has come full circle for Armstrong, who now teaches dance classes at RNB in Lynn Valley. To say dance competitions are big with tweens right now is an understatement.

“They are so competitive nowadays,” says Armstrong, with a sigh. “They are all obsessed with Dance Moms and Maddie Ziegler. They all want to be this and that.”

But that’s not necessarily a bad thing, he explains. It’s pushing the dancers to work harder and their level of technique is going up.