In Come Away , two of childhood’s best-loved tales are woven together in a fantastical origin story, imagining Alice (of Wonderland) and Peter Pan as siblings.
Nov 15, 2020 12:00 PM By: Julie Crawford 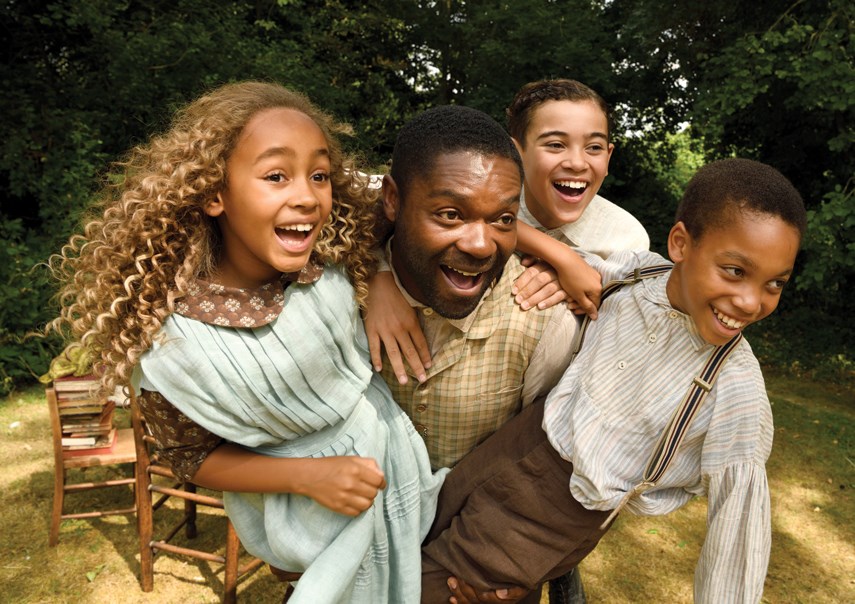 In Come Away, two of childhood’s best-loved tales are woven together in a fantastical origin story, imagining Alice (of Wonderland) and Peter Pan as siblings. But the result is a script that can’t see the enchanted forest from the trees, and a story that’s more melancholy than magical.

Blame “The Stolen Child,” the Yeats poem that kicks off our tale, with its insistent refrain that: “The world’s more full of weeping than you can understand.” It’s hardly a mood-lifter. A mother (Gugu Mbatha-Raw) bookends the film by reading this poem to her children and looking wistfully out the window – and it’s enough to make you want to crawl down the nearest rabbit hole yourself.

The story journeys back to a quaint cottage in the woods, where three precocious children are being raised by an adoring mother and father (Angelina Jolie, David Oyelowo). Alice (Keira Chasna) is too busy hosting tea parties to worry about becoming a proper lady, while her brothers David and Peter (Reece Yates and Jordan A. Nash) swap school work for swashbuckling every chance they get.

But tragedy strikes, as it inevitably does, calling all of that make-believe into question and dragging the family into that most dreaded of places: the Real World.

The parents drown their troubles in over-indulgence, Rose by drinking and Jack in gambling. The children are told to “go play” and left to cope with loss on their own. That’s why their escape to the worlds of Lost Boys and living chess pieces feels more worrisome than whimsical; mom’s liquor is even explained as being the source of Alice’s trippy sojourn down the rabbit hole. Had therapy been invented in Victorian times, these kids would have a permanent seat on the couch.

A haughty aunt arrives to remind her sister just how far she has fallen. Eleanor (Anna Chancellor, ever the meanie) never had children of her own, and floats the idea that Alice would be much better off in with her London. Eleanor is the Red Queen in this scenario, Rose the long-suffering White Queen. But like all the literary parallels in the film, they are too brief and malformed to be effective.

So who is the film for? It’s too dark for children, on whom the many Pan and Alice references will likely be lost. And while adults will appreciate the immaculate production design, no one – especially during a pandemic – wants to face the depressing reality that they are not kids anymore. The original play, novels and even the Disney versions gently introduced themes of impending adolescence and responsibility, and how we should preserve magic and innocence for as long as possible.

Screenwriter Marissa Kate Goodhill, however, hammers us with lines like “Do people really forget to dream when they grow up?” and “No one will catch me and make me a man,” while informs us that this is a story “of longing to grow up and fearing to grow old.”

Seriously, I left the house for this?

The cast is a dream, to be sure. In addition to Jolie and Oyelowo we have Michael Caine pulling out his trademark Cockney, Ned Dennehy (Outlander, Peaky Blinders) as the villainous Smee, and Derek Jacobi in a too-brief scene as a heartless client.

Two origin stories in one holds promise on the page, and it’s entertaining seeing all of the Peter/Alice myths explained. But while the magic simmers, it never comes to full boil. David promised to leave his naughty shadow behind when he went away, but didn’t. More fun and less fraught would have made Come Away a better journey all ‘round.