Company performing Swan Lake at Vancouver Playhouse
May 20, 2016 7:30 AM By: Christine Lyon 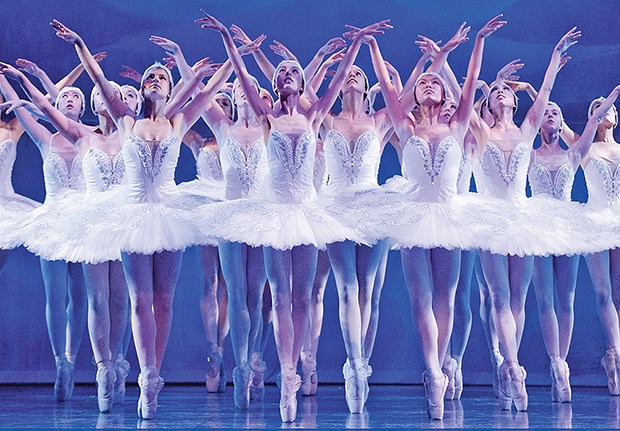 The artistic director of Coastal City Ballet, and the whole company for that matter, were frequent visitors of Argentinian dancer Lucila Munaretto, who was hit by a vehicle while roller skating in Upper Lonsdale in August. The serious accident left the promising young ballerina with shattered bones, including her jaw and pelvis, and she spent two weeks in a medically induced coma to ease the swelling in her brain.

At the time, Yaming never thought Munaretto would be able to dance again. But, despite her severe injuries, she made rapid progress with her recovery and returned to the stage, albeit in a small role, to dance in a holiday show just four months after her accident. This weekend, Munaretto is excited to be performing in front of an audience once again. The 21-year-old landed a character role in Coastal City Ballet’s production of Swan Lake, which runs May 21 at the Vancouver Playhouse and June 10 at the Surrey Arts Centre.

“For us it’s a miracle,” Yaming says.

Russian composer Pytor Tchaikovsky’s 1876 work is perhaps one of the best-known classical ballets of all time. In Coastal City’s full-length production, created by German choreographer Irene Schneider, Prince Siegfried dreams of his true love, Odette (the white swan), but in reality is faced with the prospect of an arranged marriage to Odile (the black swan).

In an email interview, Munaretto says the intensive rehearsals have been challenging, but she’s thrilled to have a small role in the show.
“It is the dream of almost every dancer to perform Swan Lake, and of course it was not different for me,” she writes. “Now that I am having the chance to relearn everything I am just learning Swan Lake the best way possible and it just makes me happy every time that I even think about it.”

Practising for the show has been a form of physiotherapy for her, she adds, and since returning to the studio, much of the pain associated with her injuries has subsided. Looking back, she says her accident was a blessing because it has allowed her to see every moment as unique. And when it comes to dance, she’s been learning the movements anew and correcting any “cheats” she may have been guilty of in the past.

Yaming says Swan Lake is often considered a rite of passage that all young dancers must perform before entering the world of professional ballet. He began his dance career in China and estimates he performed Swan Lake some 200 times over the course of five years. It’s a demanding piece, he says, particularly for the two dozen swan dancers who are on stage for much of the two-hour show and must maintain perfect synchronized formation during the famous group dance in the second act.

Saturday’s performance will mark the Canadian premiere of Irene Schneider’s Swan Lake. Her first commission for Coastal City Ballet was in 2012, when she choreographed Hansel and Gretel. She kept in touch with Yaming and in the following years choreographed A Midsummer Night’s Dream, Coppelia and Cinderella for the repertory company. Her version of Swan Lake is billed as “a modern twist” on a timeless classic. While the essence of the traditional Swan Lake remains intact, Yaming says the costuming and storyline will be more relatable to modern-day audiences.

“Our version is a little bit more contemporary,” he says.

For more on Lucila Munaretto go to nsnews.com/entertainment/search-results-7.6424?q=lucila+munaretto.