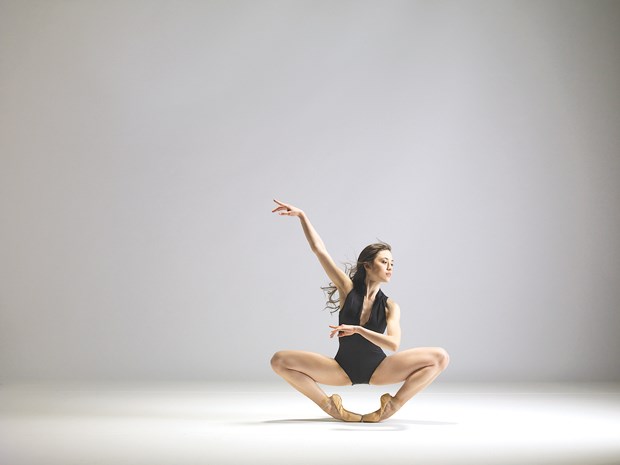 Tonight's season opening performance by Coastal City Ballet will offer audience members a mix of old and new, artfully performed by a dance company comprised of local talents on the rise.

Don Quixote's Dream and Mixed Repertoire, an evening of classics and new works, presented by the Ballet Productions Canada Society, will get underway at North Vancouver's Centennial Theatre at 8 p.m. The one night engagement will showcase the pre-professional Vancouver-based ballet company, which aims to offer young dancers performance opportunities, while helping them prepare for professional careers.

Company members will perform the Dream scene from Don Quixote, a classical ballet. According to the show's promotional materials, the work was originally choreographed by Marius Petipa, with music by Ludwig Minkus. The Dream scene portrays Don Quixote's encounter with beautiful maidens and his love Dulcinea.

Also on tonight's program is a world premiere by award-winning local choreographer Wen Wei Wang. Pure Emotion is Wang's second world premiere for Coastal City Ballet and marks an attempt to combine pure movement with raw emotion. Alice Gerbrecht's "You Keep Quiet and I will Go," was inspired by a Pablo Neruda poem and was first performed by Louisville Ballet Civic Company in 2002. Rounding out the performance are works by Brazilian choreographers Gisele Bellot and Elizabeth Alexandre, and a world premiere by North Shore native Erica Trivett.

Trivett, who grew up on the North Shore, underwent training at the Goh Ballet Academy before going on to have a successful career as a dancer, living and working in Portland, Ore., Switzerland, France, Denmark and Belgium.

Having recently returned to Vancouver, Trivett teaches dance for a number of local groups. In addition, she's currently a fourth year student of osteopathic manual practice at Vancouver's Canadian College of Osteopathy, and offers workshops in the Feldenkrais Method, an approach based on movement and awareness, and understanding body function.

Busy with teaching and studying, she's always pleased to have an opportunity to choreograph, particularly with Coastal City Ballet.

"They have a really high calibre of students and young professionals and it's a pleasure to work with them," she says.

An artistic staff member, teaching regularly, Trivett has known the company's artistic director, Li Yaming, and company director, Andrea Allen, since she was 11.

The name of Trivett's featured group piece, Syncope, is a term she learned through her osteopathy studies.

After choosing a piece of music by John Cage called "Dream," she viewed the title to be even more apt.

"I thought it had a similarity and concept of losing yourself in something and not knowing where reality is. What's the beginning? What's the end? Where's the dream? Which consciousness are we in?" she says.

Trivett endeavoured to push herself with the piece.

"I wanted to challenge myself by working with a little bit more classical vocabulary," she says, explaining she decided to use less floor work as a result.

"It came from a place working in Belgium where I was learning a lot of floor work in a very different style and I wanted to get away from that and challenge myself to revisit some more neoclassical vocabulary but with a contemporary approach," she says.

This is the third piece Trivett has created for Coastal City Ballet. She sought to offer some of her influences as well as the material and approaches she's been exposed to abroad, sharing them with her Vancouver charges.

"Nowadays, when you're a dancer in a company, I'd say anywhere, you're really having to contribute as an artist. We're past the days where the choreographer really just spoonfeeds everything," she says.

She encourages her dancers to learn to express themselves.

"That's what's going to get them the job, is if they show initiative and are asking questions or seem to be being a little bit more proactive in their role as an interpreter. I like to push that," she says.