Q & A with Vanessa Campbell of UBC's First Nations and Endangered Languages program
Sep 6, 2019 11:46 AM By: John Goodman 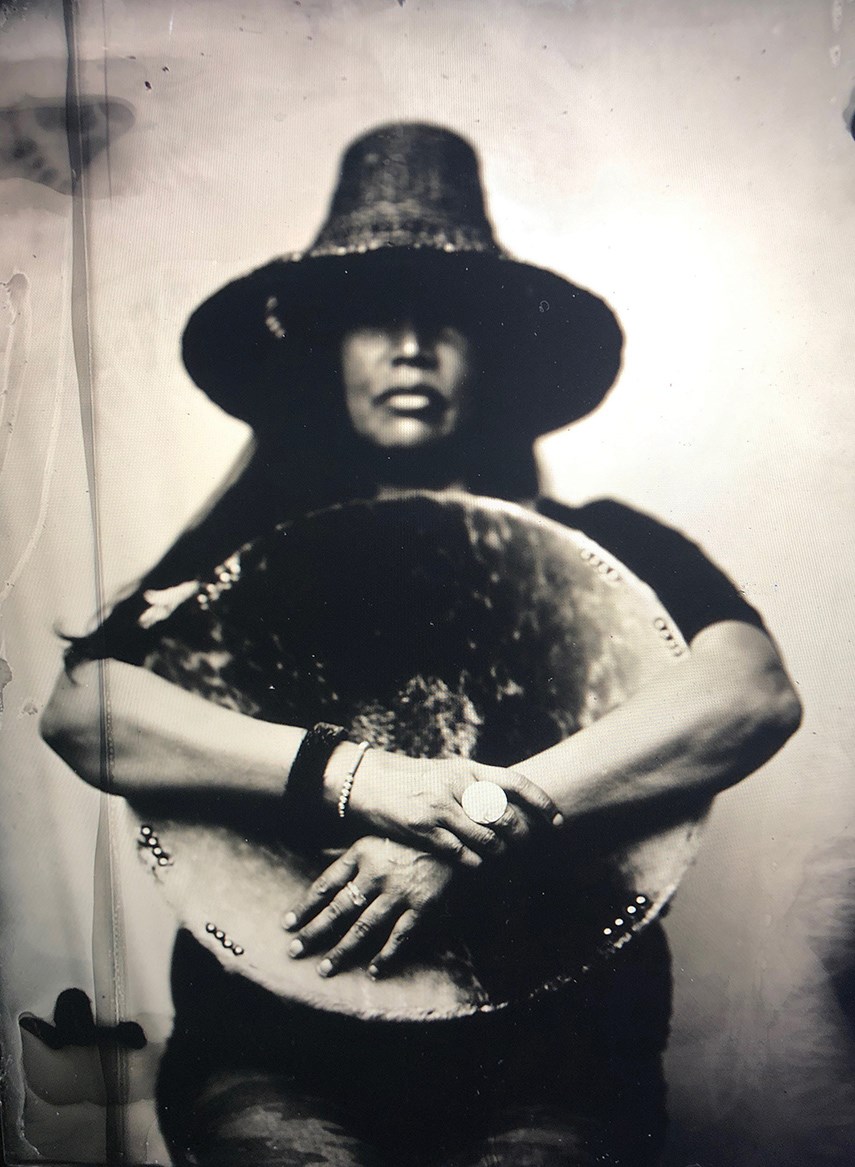 Vanessa Campbell, a teaching assistant in UBC’s First Nations and Endangered Languages Program, worked with the Bill Reid Gallery and the ReMatriate Collective on providing the Hun'qumi'num phrase, qaʔ yəxʷ, (“water honours us”) as part of the current womxn and waterways exhibit. She spoke to the North Shore News about learning the Halkomelem dialect as part of revitalization of the First Nations language.

North Shore News: When did you start to learn the Musqueam dialect of Halkomelem, Hun'qumi'num?

Vanessa Campbell: I took the First Nations and Endangered Languages program in high school. I took Year One in Grade 11 and Year Two when I was in Grade 12. After I graduated I started working at UBC as a research assistant and then a few years later I became the teaching assistant for the first-year language class . . . I’ve been learning for about 13 or 14 years. I started working with the Musqueam Language and Culture Department five years ago and I’m still working with the First Year class so lots of language every day.

North Shore News: Do you remember a time when elders spoke it?

North Shore News: Are you fluent in the language now?

Vanessa Campbell: There are really proficient speakers but there are currently no fluent speakers of Hun'qumi'num. I learned because Musqueam and the UBC program have created a really good curriculum to start language learners off with a good foundation. Musqueam has a big archive of language audio and written material so there are lots of things that we can research. The program focuses on a good foundation and understanding the way the language works. It builds your vocabulary as you go, with different themes through different years, but it makes sure we can do things like work with different expressions and understand how they work and create sentences and things like that.

North Shore News: Wayne Suttles’ Musqueam Reference Grammar uses five people in particular as sources in compiling the text and one of them is James Point. Are you related to him?

Vanessa Campbell: I am. James was my great-great grandfather. There’s a lot of documentation from James in Suttles and in our archives so it’s been a real gift working with his documented material and learning the language myself.

North Shore News: How did you get involved with the new Bill Reid Gallery exhibit, womxn and waterways?

Vanessa Campbell: I met Denver (Lynxleg of the ReMatriate Collective) a couple of years ago and we touch base every now and again – mostly about beads –  I bead a little bit and she is really good at beading. [She asked me] what I thought about including the language in their exhibit. They had been talking about a way to acknowledge the traditional territory of the people whose land they’re on and how important that was. We went for coffee and chatted about what we thought we could do.

Vanessa Campbell: Water honours us. It was really fun so our conversation was fairly lengthy. Because we don’t have any fluent speakers in the language it’s actually pretty difficult to give people translations when they are very set on an English phrase and so our conversation over coffee was really about what the concept was for the exhibit. Womxn and Waterways was just such a beautiful title so we tried to work with the concept of how water honours us to do the Hun'qumi'num translation. In our research we found a really nice expression in an old old story – it was from one of the documents that we were searching for a different project. I had come across that expression a few months ago so it was fairly fresh in my mind and I remember asking about it because without fluent speakers we don’t come across expressions very often.

The partnership we have with ReMatriate and the Bill Reid Gallery has been so positive.  It’s usually a bit difficult with our orthography. We don’t have the same characters as English and in this phrase there’s a glottal stop, and an x with a raised w, and then there’s the schwa – which is the upside down and backwards e. We often run into difficult font conversations as to which fonts present the characters in our language respectfully but the Bill Reid Gallery and their team have been amazing to work with.

Musqueam currently has three approved Hun'qumi'num fonts that we’ve worked to make sure that all the characters in our language are represented properly. Most graphic designers don’t like them because they are all serif – we don’t have any sans serif fonts yet, we’re still working on some. The font they used on the poster is sans serif. The characters that typically cause trouble are not in this phrase so it was cool to use whatever font they wanted.

We have one font in the First Nations unicode that you can download off the FNIL website. That font is typically used when Hun'qumi'num is being typed into documents and we need a font to use for signage and things.

To view the Hun'qumi'num alphabet and hear examples of it visit www2.moa.ubc.ca/musqueamteachingkit/alphabet.php.

The interview was edited for brevity and clarity.