Indoor art classes remain cancelled as they are considered events under the public health order
May 13, 2021 5:00 PM By: Ben Bengtson 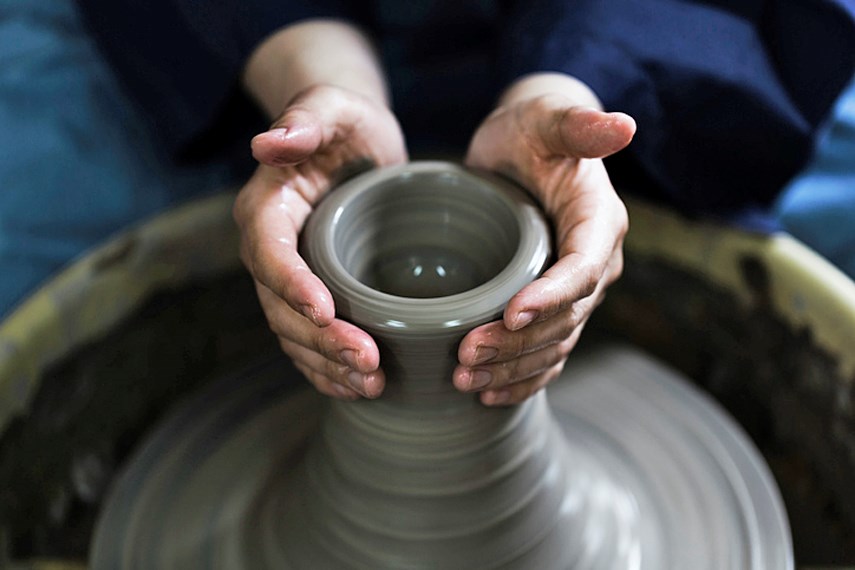 Painters, potters and woodworkers can book studio sessions at North Van community centres again after they were suspended briefly last month. Getty Images
The creative juices are flowing once again as painters, potters and woodworkers were thrilled to learn that book-a-visit studio sessions could resume again at North Van rec centres after being briefly cancelled last month.

On April 27, North Vancouver Recreation and Culture announced that all indoor adult art programs, classes and studio times were to be suspended to at least after the May long weekend based on guidance provided by Vancouver Coastal Health in regards to B.C.’s COVID-19 “circuit breaker” strategy.

While provincial rules and guidelines don’t explicitly reference adult art classes or studio times as part of the public health order, the programs were suspended “out of an abundance of caution” as the province reckons with the third wave of the pandemic, NVRC told the News at the time.

A spokesperson for NVRC confirmed  that the suspension of adult art classes and studio times at rec spaces and community centres was not due to a COVID-19 exposure of any kind.

However, the rec commission reversed that decision last week and notified members that studio sessions would resume at rec centres.

“We are pleased to inform you that we have been in contact with the local health authority and have confirmed that we are able to resume book-a-visit studio sessions in the art/pottery/woodworking studio,” reads an email sent to members on Thursday (May 6).

Anne Rodgers, spokeswoman for NVRC, said that after further review, the rec and culture commission contacted VCH again to see if they could resume the book-a-visit studio sessions as the structure of those activities was similar to how patrons can book individual time slots at fitness centres and pools.

“We were then advised that the art, pottery and woodworking book-a-visit studio sessions could resume so we moved quickly to start them up again,” said Rodgers.

For Jill Slattery, a North Vancouver resident and ceramic artist who belongs to the Delbrook Pottery Studio, it was a relief to learn that studio members could once again book individual appointments to use the space.

“I am very pleased they reversed their course on their decision with Vancouver Coastal Health, and I know my fellow studio members are as well,” said Slattery, who noted that users of the pottery space were fired up following the suspensions and had to call and renew their memberships last week after they had been initially cancelled last month. “It turns out it was just a week, that’s frustrating. It seems like maybe some more thought or consultation should have gone on prior to the announcement.”

“They are group lessons with an instructor and are not allowed because they are considered to be ‘events’ as defined in the public health order, whereas the book-a-visit studio sessions are limited independent practices,” according to Rodgers.