Proceeds from the run will support the Hogan’s Alley Society
Feb 18, 2021 3:33 PM By: Cameron Thomson 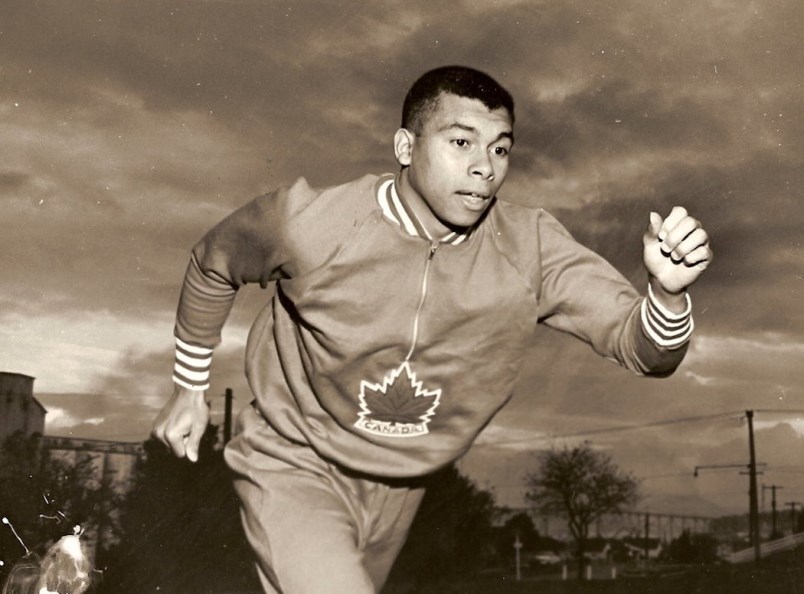 The virtual Harry Jerome Run serves to honour the legacy of one of Vancouver's most accomplished Olympians.

A number of Vancouver businesses have banded together to create a run to honour the history of one of the city’s greatest black athletes.

As part of Black History month, The Juice Truck in partnership with Project Love Run, Vancouver Running Company and Reigning Champ are putting on a virtual charity run dedicated to Harry Jerome. According to the event’s description, the run will be held to celebrate and honour Jerome’s legacy and increase awareness of his achievements. Proceeds from the run will support the Hogan’s Alley Society.

Jerome’s legacy is a storied one. Jerome was born in Prince Albert, Saskatchewan and moved to Vancouver with his family in 1951. He excelled in many sports but it was his skill in track that would make him famous. By the end of Jerome’s career, he set six world records, earned two Olympic gold medals, and was invited by Prime Minister Pierre Trudeau to help create Canada's new Ministry of Sport.

Zach Berman, co-founder of The Juice Truck says the idea for the charity run came around when he was out for a run with a work colleague. Having moved The Juice Truck's own run and cycling club to a virtual format earlier this year due to the coronavirus (COVID-19) pandemic, the virtual charity run was a natural fit.

In researching Jerome for the run, Berman learned more about Jerome's feats of athleticism and for Berman it changed the way he believes Jerome should be remembered.

"We do celebrate him here but I think there's much more to celebrate," Berman said. "I think he's like of the same pedigree as other running heroes that we celebrate like Terry Fox and I think he should be on the same pedestal of Canadian heroes that we're proud to continue their storytelling and celebrate what they accomplished as Canadians."

Berman hopes the run will encourage people to learn about that history through the run dedicated to Jerome. Run participants log their runs by tagging the event’s hosts on social media or using the hashtag #TheHarryJeromeRun.

The run will take place over the weekend of Feb. 26-28 and costs $51.94 to register. Registration comes with a commemorative t-shirt by Reigning Champ, styled after Harry Jerome’s high school track club, the “Optimist Striders.”

To find more information and to register for the run visit The Harry Jerome Run Eventbrite page.