From the people who provide bus, SeaBus and SkyTrain service comes bike maps
Feb 24, 2021 11:36 AM By: Brendan Kergin 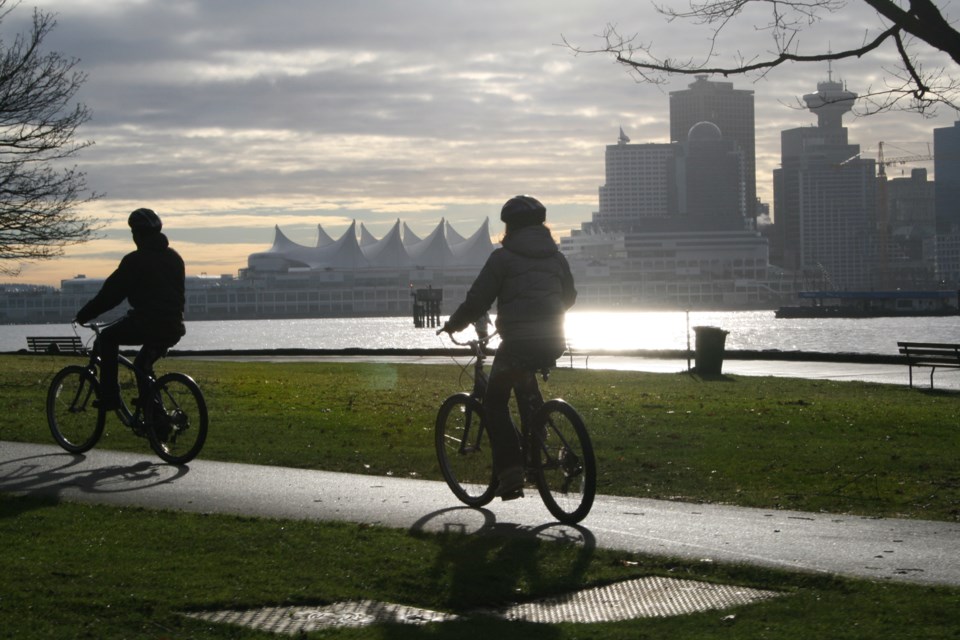 Cyclists riding along the waterfront in Vancouver.Getty Images

While it may be counterintuitive to go to a company known for bus service to see bike routes, TransLink has updated a couple of regional maps to help cyclists figure out routes around the city and region.

The maps cover major routes from Pitt Lake to Tsawwassen, so they can be used for those looking for commuter trips or enjoyment.

There's also a legend to help cyclists see which routes they might be most comfortable with in regards to traffic. Routes are broken down into three categories of comfort based on how separated bike lanes are from vehicle traffic or the speed of traffic. The "most comfortable" are fully separated from traffic or in low-speed areas.

It also lists informal routes that don't have official bike lanes but have room for cyclists all the same.

"TransLink is committed to making cycling comfortable, safe, and convenient for everyone," states TransLink on their website. "We’re doing this by providing funding for municipal bike routes and cycling amenities, providing cycling maps, developing an integrated regional strategy, and making it easy to connect with our transit services by bicycle."

The maps also include transit information, like where transit exchanges are and where bike parkades are set up. The TransLink page also has other cycling resources.

The new Metro Vancouver Cycling Maps are now available for download. Use it to explore the best options for you.