The Gull loses the rust with open concept bar and kitchen

Renovated North Vancouver space has charm to spare
Jul 20, 2018 8:24 AM By: Chris Dagenais 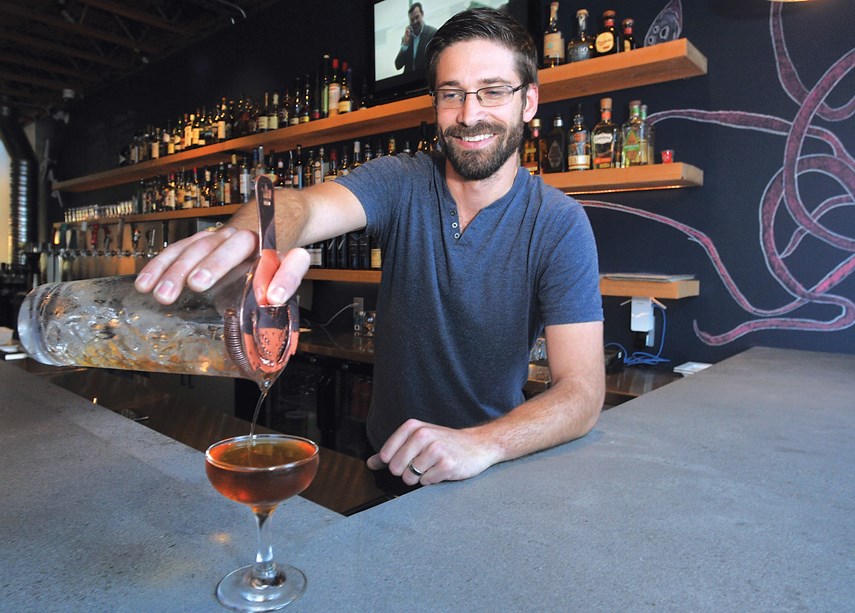 The Gull, the newly opened, self-described “bar and kitchen” on East 1st Street off Lonsdale, is an unrecognizably updated version of the business that formerly occupied the same space, The Rusty Gull. It has lost the rusty part, both nominally and metaphorically, as the space is now all open concept, bright windows and contemporary design, with the heavily lived-in, well-worn feel of the old pub relegated to the archives.

Often when a place renovates so completely, there is grumbling among familiar patrons that it has lost its character, or that it has become austere and lacks charm. I somehow don’t think this will be the case with The Gull; the room has charm to spare despite its wholesale, brand spanking newness. The overhaul has been a tremendous success, in my opinion, from both design and function perspectives, affording ample seating, a charming back patio, a great bar space, and the type of inviting, get to know your neighbour vibe that I would actively seek out on a Friday evening. There are nods to the history of the area, with a giant photo mural of the Lower Lonsdale waterfront from about a century ago spanning a whole wall. The ceiling kept drawing my gaze throughout my visit as well, the criss-crossing wooden slats reminding me of a ship’s latticework frame in the early phases of construction.

My friend Dan and I showed up around 7:30 on a recent Saturday and found the place busy but not crowded, even as we wrapped up our meal just after 10 p.m. Apparently the sequence of the “bar and kitchen” descriptor is deliberate. According to one of our servers (we had a fun duo called R-Squared tag-teaming our table service all night), the business aims to be a bar first and foremost (don’t call it a pub, I was warned), and a restaurant second. While the place is certainly set up to accommodate the steady provision of libation (read: ample bar seating and several high top tables in the general bar area), I left feeling like The Gull is equipped to be whatever you want it to be. On our visit, Dan and I were hungry and keen to tuck into all manner of dishes from the menu, with a couple of drinks to wash it all down. A few groups on the patio were wrapping up their meals when we arrived, meaning that a quick, early meal is doable here, while still others were watching Wimbledon and World Cup highlights at the bar, working their way through the ample cocktail list, one colourful drink at a time.

As we reviewed the food menu, Dan and I both chose a delicious, Poloma-like cocktail called The Cascadian to sip on. It was a refreshing, dangerously easy-drinking combination of tequila, grapefruit juice, syrup made from Cascade hops, and Collins-style fizz. The drinks list contained eight house special cocktails, seven mostly local beers on tap (as well as few rotating guest taps), and a decent wine list of BC VQA leaning selections with many available by the glass. The bar spanning an entire side of the upper room was well-stocked, but from what I could discern, certainly had room for a few more of our locally produced spirits.

Intrigued by much of the menu, Dan and I ordered a slew of appetizers to start things off, including a beautifully plated, creative preparation of salmon crudo cured with everything bagel spice and served with crème fraiche and coarse pieces of puffed grain, which were sort of like homemade rice cakes. A salad of exceptionally fresh greens from nearby Loutet Farms was crisp, light, and given greater depth and complexity with the addition of toasted hazelnuts, shaved pecorino, pickled shallots and poached pear. A Spanish-influenced dish of scallops was a surprise, as it included about a dozen little bay scallops (a variety I haven’t seen in a long while), served with a tangy and rich romesco sauce, spicy chorizo, almond and olive oil. I thoroughly enjoyed a casual, beer friendly dish of falafel-spiced deep-fried chickpeas with eggplant harissa dressing, especially with my pint of fragrant and tart Main Street saison.

The star of the menu was quite possibly the zucchini, a vegetable both Dan and I confessed to hating in childhood, back when vegetables seemed to only come one way: mushy. The Gull’s pan-roasted preparation of zucchini was delicious, featuring a crispy flower and thin rounds of the vegetable, plus patty pan squash, slices of ricotta salata (pressed, salted ricotta, like farmer’s cheese) and an earthy, sophisticated tapenade of olives and pistachio.

A dish of moist, tightly packed pork meatballs served in a cast iron pan was decadent and filling, with a dark, spicy tomato sauce and herb cream.

Smaller, appie-like dishes range from $7 to $16 and four or five of them would likely make an adequate meal for two.

Of course, not being one to stop at “adequate,” I ordered one of the larger plates for us to share. The pan-seared Arctic Char came with two sizeable fillets of crispy-skinned fish set atop a bed of pilaf-style quinoa, with peas and fresh summer beans with something called Salsa Penrose, the nature and composition of which still remain a mystery to me, save to say that the dish had many bright, complementary flavours and loads of herbaceous, fresh ingredients. The fish was cooked impeccably, retaining its moisture and revealing direct-from-the-fishery freshness. The char was the second most expensive dish on the menu at $27, topped only by a dish of rotating cuts of beef served with various brassicas and shallot jus, for $29.