Pets, kids, and the weather. Popular topics of conversation for many people, these are some of the common subjects covered in chats between local seniors who have become “telefriends.
Jun 7, 2016 2:52 PM By: Rosalind Duane 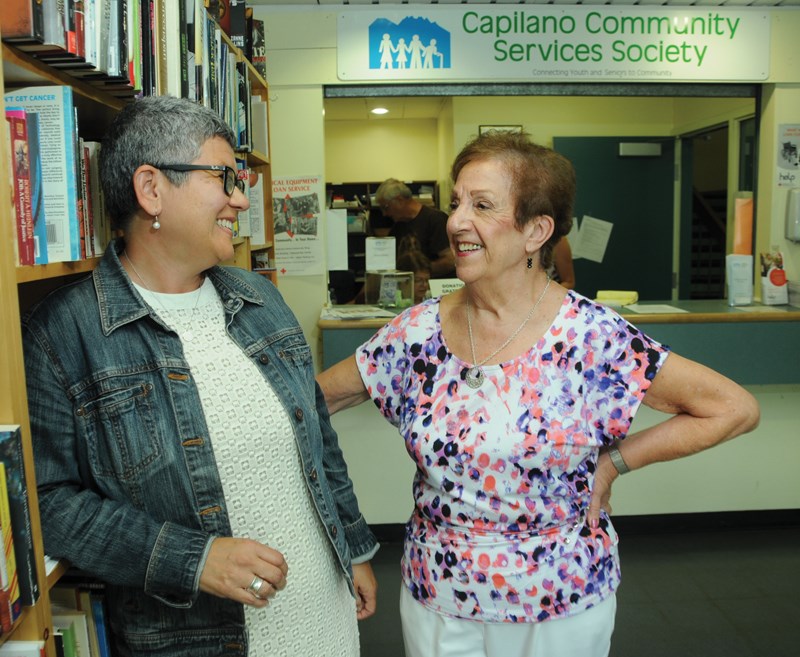 Pets, kids, and the weather.

Popular topics of conversation for many people, these are some of the common subjects covered in chats between local seniors who have become “telefriends.”

Telefriends is a free program run through the Capilano Community Services Seniors Hub that connects local seniors with a volunteer for regular phone conversations. Participants can receive many calls or fewer, depending on what they prefer; once or twice a week, or even once a month.

The tone of the conversation is casual and the topics are general, but Melanie Macauley, program co-ordinator for the seniors hub, says for some participants it could be the only person they talk to that day. The program is open to any senior on the North Shore, but many of those who participate are housebound. Many are frail or isolated, and although they may still live at home they can no longer drive and can’t get out much.

Many of their friends have died and they may not have family connections or their family members don’t visit often.

West Vancouver resident Esther Roach has been volunteering with the Telefriend program for 15 years. Macauley calls Roach a “perfect example of what a telefriend can be.”

Roach first became involved with the program when a friend could no longer volunteer and asked if she would take on the position. She agreed to give it a try and has chatted with many telefriends over the years.

At 92, Roach admits she is slowing down a bit but remains quite busy and has enjoyed her work as a volunteer. She says she thinks the Telefriend program is “a very good idea.”

Macauley notes that participation in the program has declined in recent years, probably due to the growth in the number of seniors centres, residential homes, and care facilities on the North Shore where seniors can stay connected to other people. But she worries there are still seniors living in their homes who could benefit from the program but may not know about it. For more information or to sign up to receive a telefriend, call the seniors hub at 604-988-7115 ext. 29.