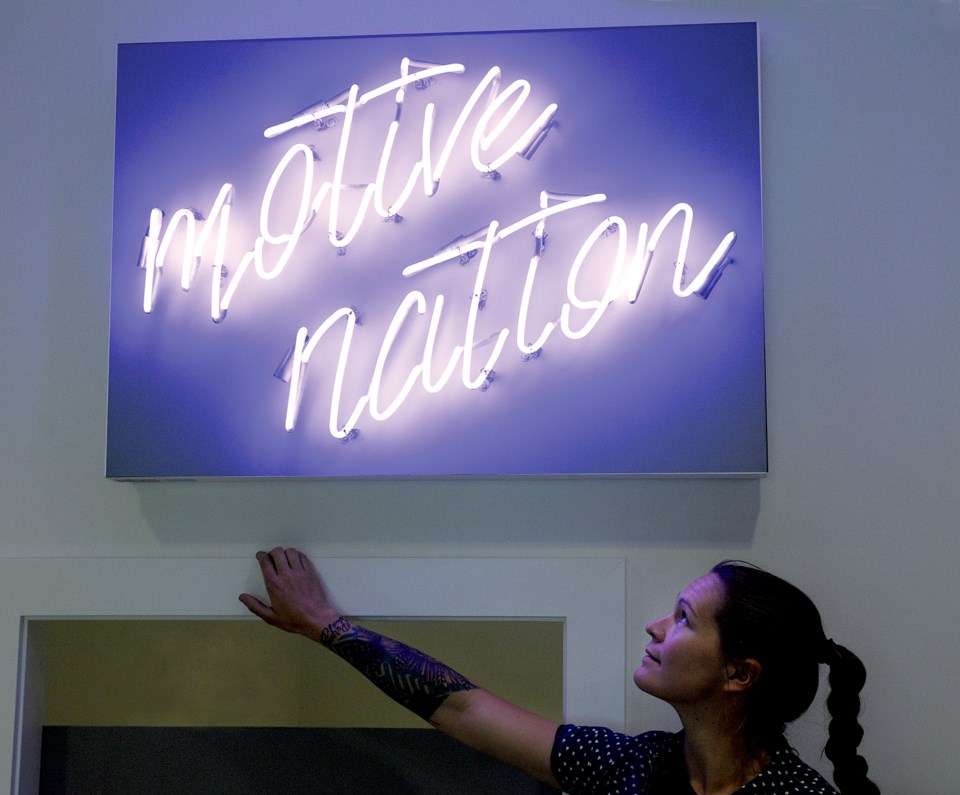 Soccer star Erin McLeod was heartbroken when she injured her anterior cruciate ligament for the third time last March.

It meant undergoing yet another surgery to her right knee and embarking on a lengthy recovery process that would prevent the 33-year-old goalkeeper from joining the Canadian national women’s team at the Rio Olympics this August.

McLeod, a North Vancouver resident who currently plays for Swedish club team FC Rosengard, has been part of the Canadian squad for 14 years and helped lead the women to a bronze medal finish at the 2012 Games in London.

Discouraged after her most recent injury, she wondered if she could keep playing, if it might be time to retire. But then she started unexpectedly getting calls and emails from friends, teammates, family members and fans she’d never met. Instead of just saying “get well soon,” they shared their personal stories of defeat and determination and inspired her to push forward with her recovery and return to the field.

“I don’t know if they understand the kind of impact they had on me,” says McLeod, who’s back in town for a few weeks during a break in the Swedish season.

McLeod was so moved by the stories she heard, she wanted to share them with the world. On July 1, she launched Motive Nation an inspiration project and fashion brand that, as the name suggests, aims to motivate others. Through interviews and questionnaires, McLeod finds inspirational people and the words they live by. Those words are then artistically inscribed onto T-shirts.

An artist and fashion designer as well as an athlete, McLeod isn’t new to the apparel business having opened the Caposhie clothing boutique at The Village at Park Royal last fall with fellow fashion designer Adelle Renaud. The Motive Nation line is sold online only and follows a crowd-funding business model. Each T-shirt design is made available for a limited time during which customers can place orders.

“If we have enough orders, and enough people invest, then we can go to production. No shirts get wasted,” McLeod explains.

Ten per cent of every T-shirt profit made goes back to the person who inspired the garment’s phrase, or a charity of their choice, and an additional 10 per cent goes to one of McLeod’s favourite charities, Canada Scores, which gives underprivileged youth the chance to play sports.

Ambassadors who have inspired Motive Nation T-shirts include kayaker Adam van Koeverden, singer Jann Arden, rower Marnie McBean, and a soldier who fought in Afghanistan. There’s lots of professional athletes in the mix, thanks to McLeod’s social networks, but she hopes to also receive nominations for ambassadors outside her group of peers.

“We want this to be interactive and we want it to be something where everyone has input and so we’re hoping that people will write in and nominate their teacher or someone who’s inspired them.”

For McLeod, working on the Motive Nation project is about much more than selling T-shirts. “It’s been one of the most rewarding things I’ve ever done,” she says.

She envisions Motive Nation growing into an online community where people can not only buy clothing, but also encourage one another through blogs, podcasts, nutrition tips, and more.

When it comes to her recovery, McLeod says she’s “ahead of the game” with her rehab and her knee is healing better than expected. That said, she’s had a few physios tell her she might not get her full range of motion back. But that hasn’t discouraged her.

“I’m too stubborn to listen to anybody,” she says. “At the end of the day, after being part of this, it’s just what you’re passionate about and where your inspiration is, and if it’s there, then you can do anything.”

Visit themotivenation.ca to see what T-shirts are currently available to order.