Local bats are coming out of hibernation and experts are asking people to report sightings
Apr 16, 2021 2:34 PM By: Alan Campbell 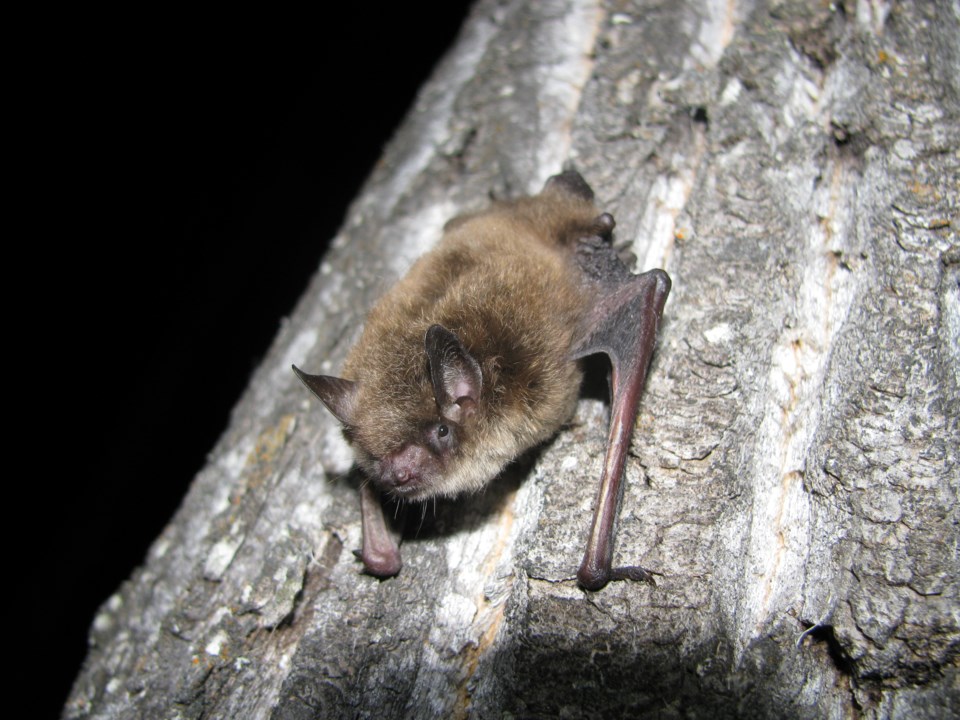 Tomorrow, Saturday, April 17, is International Bat Appreciation Day and local experts are asking the public to keep an eye out for the little creatures as they come out of hibernation.

With the beautiful weather expected to last right through the weekend and into next week, Danielle Dagenais, regional bat coordinator for the Community Bat Programs of BC, said people are sure to see bats in the area.

“Local parks and areas with fresh water provide great habitat to watch bats,” said Dagenais in an email to the Richmond News.

“The BC Community Bat Program is very interested in hearing form homeowners and businesses in the area with the date bats return to roosts.”

In mid-April, bats in the Greater Vancouver area are migrating from their winter hibernaculum to their summer habitat.

And during this time, bats are often reported above people’s doorways.

As such, Dagenais is asking that people allow the bat to stay and rest.

“They need to replenish their fat reserves after hibernating and females are preparing for pregnancy.

“They will feed on insects for a few nights and then continue their journey to their summer habitat. There are no concerns if you allow the bat to stay and do not disturb it.”

Dagenais is asking people to report bat sightings to her and the date bats return to their roost at Vancouver@bcbats.ca.

o       All bats in Canada are insectivores, playing a vital role in managing insect populations (e.g., in one hour a bat can eat up to 600 mosquitoes).

•        Bats are the only mammal naturally capable of true and sustained flight.

•        Bats reproduce slowly, usually having only one pup per year.

•        Bats can see in the dark, have very good hearing, and use echolocation to navigate and find food.

•        Bats do not chew wood or wires like rodents. Their sharp teeth are used to crunch hard bodied insects.

•        Bats in Canada hibernate or migrate in the winter, with little known about how and where.

•        BC has 15 species of bats, the greatest diversity of any Canadian province.

•        Half of BC’s 15 bat species are listed as vulnerable, threatened, or endangered. Bat populations are in trouble due to many threats including habitat loss, and White-nose Syndrome.

Bats in our community:

•        Bats emerge from hibernation or return from more southern areas in the spring.

•        Bats roost in natural and artificial sites such as old trees, buildings, and bat boxes, which are critical habitats for bats in BC.

•        Many roosts in human structures are maternity colonies, used year after year by related groups of females who are preparing to give birth.

•        Bats consume an abundant number of insects such as mosquitoes and agricultural and forest pests.

•        Bats are fascinating and provide a great learning opportunity, especially for children.

What you can do to help:

•        Work with local or regional groups to conserve bat habitats (e.g., old trees and buildings, water bodies) on your property and in the community.

•        Educate your friends and families about bats, their benefits, and the threats they face and encourage them to be stewards of these important species.

•        Help bats by planting a bat garden or volunteering through the BC Community Bat Program.