Petition started to bring the McRib back to Canada 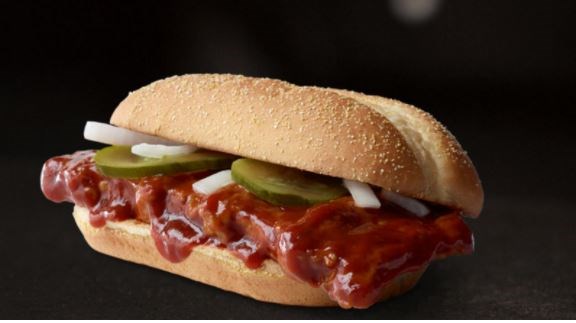 The McRib stirs up some real passion in people, especially since it’s being held back from diners in Canada.

The McDonald’s concoction has been brought back to the U.S., but isn’t coming to Canada.

Mason Carr wants to change all that. He’s started up a petition to get the gooey sandwich brought back to Canada restaurants.

“Introduced in McDonald's Menus in 1981, the McRib was a sandwich served with Barbecue flavored boneless pork patty, a homestyle roll for the bun, pickles, McRib sauce, & silvered onions,” reads the petition. “The McRib didn't do well in sales when it first came to McDonald's menus, and was removed in 1985. But after that, it gained a cult following from customers, and McDonald's since after then added it as a permanent menu item at locations in Germany & Luxembourg, and even featured at a limited time menu items from time to time in the United States.”