The owner of Burnaby’s biggest mall has laid off about 50 people, as it continues efforts to turn around the performance of its shopping centres.
Nov 19, 2020 11:40 AM By: Chris Campbell 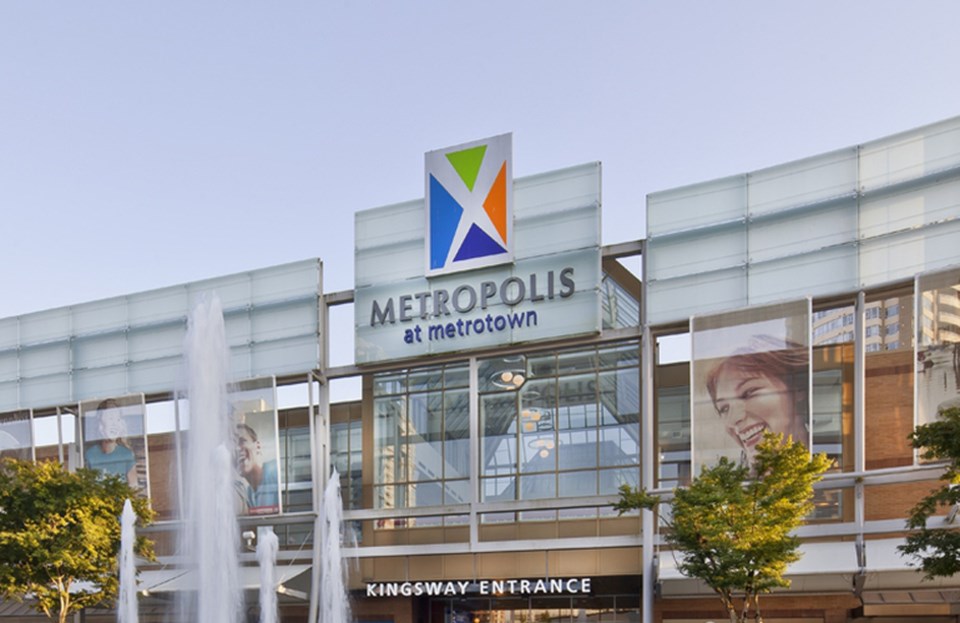 The owner of Burnaby’s biggest mall has laid off about 50 people, as it continues efforts to turn around the performance of its shopping centres.

Ivanhoe Cambridge, which owns Metropolis at Metrotown on Kingsway, said its latest restructuring in five months will affect seven Quebec employees and about 43 elsewhere in Canada. Six positions are being added in Quebec elsewhere at Ivanhoe.

Spokeswoman Katherine Roux Groleau says the job cuts are part of changes that began last June to simplify its structure as the company deals with the impact of COVID-19 that temporarily closed shopping malls to prevent the spread of the virus.

Metropolis at Metrotown has seen many of its stores close permanently due to COVID-19 sales impacts. These include the Microsoft flagship store, as well as many fashion outlets such as Frank & Oak and Pink.

Le Chateau recently announced it was shutting down its Burnaby store after decades in the community.

Previously, the real estate company — which has stakes in the office, industrial and logistics building segments as well as the residential sector — slashed 57 positions, including 12 in Quebec. Twelve vice-presidents were among those let go.

For the first half of the year ended June 30, the Caisse de depot's property portfolio, which includes shopping centres, posted a negative return of 11.7 per cent.

Overall, the Caisse posted a negative half-year return of 2.3 per cent.

- With files from the Canadian Press