You know an issue is important and resonating when teenagers get involved.
Jan 21, 2015 12:00 AM By: Todd Major 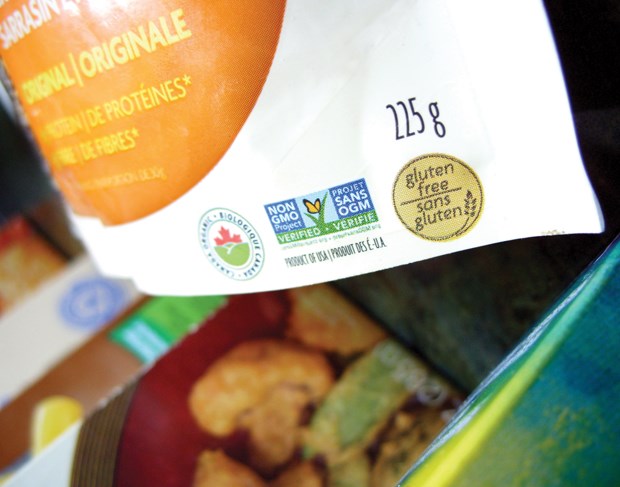 You know an issue is important and resonating when teenagers get involved.

After all, how many teenagers would care enough to become involved in the issue of genetically modified organisms or GMOs? And how many teenagers would take the risk of putting themselves at the front of the debate while taking on Big Ag and government? There's only one teenager that I know in Canada who has shown the courage and vision to take on the job. Her name is Rachel Parent, a 15-year-old anti-GMO activist from Ontario.

I first discovered Parent when she appeared on CBC's The Lang and O'Leary Exchange. Parent heard former Dragons' Den star Kevin O'Leary say that, "People who oppose GMOs should stop eating so we could get rid of them."

So, Parent challenged O'Leary to have her on the show to debate the issue. Stop for a moment and think about that challenge. Would you go up against Amanda Lang and Kevin O'Leary at the same time in any debate? Their visceral on-air debate can be found here, youtube.com/watch?v=HIXER_yZUBg.

If you want to see a very young, female "David" take on "Goliath" and win, watch this video. Parent was verbally drilled, sometimes condescended to and occasionally insulted by O'Leary and to a lesser extent by Lang during the interview.

Parent demonstrated incredible poise, focus and maturity beyond her years. I have never seen any teenager besides Malala Yousafzai stand up for a cause and debate in such a professional and articulate manner.

I felt sorry for Parent after watching that interview. She is so young and could not have known what she was getting herself into. Yet she was incredibly strong, informed and intelligent but she seemed all alone and outgunned by Lang and attacked by O'Leary. In my view, Parent won the debate while outsmarting her adversaries whom have years of experience on her.

You can also see Parent speaking at TEDxToronto in a presentation entitled, Why you have the right to know what's in your food. Her website, kidsrighttoknow.com, provides some good information about the issue of GMOs.

You are what you eat, and if that is true then I am a herbicide tolerant, insect resistant and modified version of a human. If you eat corn, soy, canola, zucchini or sugar beets in any form you are also a modified human. Those crops are widely found in some form in the grocery store and are known as GMOs.

Do you know what your children are eating? Do your children have allergies or digestive problems? The issue of GMOs in our food system has been with us for more than 20 years. Consumers still don't have the right of choice because companies are not required to provide the information for consumers to make a choice. GMO foods are not labelled in Canada or the United States, in contrast to 64 other countries (including Australia, Japan, Russia, China and all countries in the European Union), that do have GMO labelling laws.

Among the many half truths put forward by Big Ag companies regarding GMOs, there's the central claim that GMOs will increase crop yield to feed the world's growing population. A study conducted by Doug Gurian-Sherman in the United States, released in 2009 and entitled Failure to Yield, found that after genetically modified crops were commercialized, yields from GMO soy and corn did not increase more than zero to two per cent over a 13-year period. Similar performance failures of GMO crops have been demonstrated in India, China and South America.

The second lie about GMOs is that less pesticide or herbicide will be required to grow such crops. The spraying of the herbicide Roundup on crops genetically modified to tolerate Roundup spraying has increased by 527 million pounds in the United States over the past 16 years. In Argentina, cultivation of GMO soy has increased Roundup use from eight million litres in 1995 to more than 200 million litres in 2013, according to the Canadian Biotechnology Action Network website, cban.ca. Other facts that are being withheld from the public include the evolution of super-weeds resistant to Roundup and other herbicides. And the emergence of super insects resistant to many pesticides.

Our children are what they eat. I avoid, where possible, feeding my children GMOs, or feeding them food sprayed with pesticides.

I strongly encourage all parents to do the same.