OLDER AND WISER: Quelling the bashing of seniors 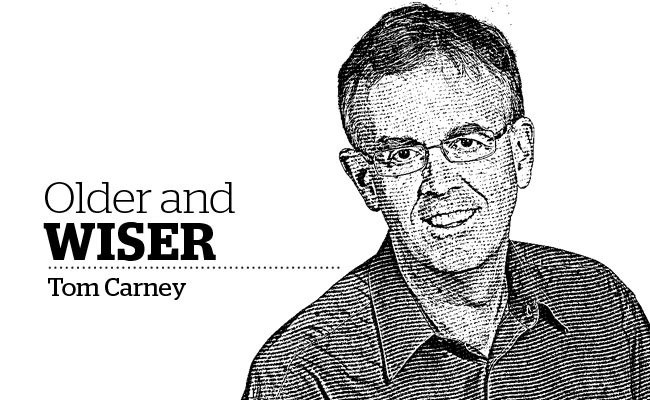 Back in 1998 the late British journalist Henry Fairlie coined the term "greedy geezer."

The view here is that the elderly ("geezers") are living too well at the expense of the young.

Some call this intergenerational conflict, others, like me, call it senior bashing.

Paul Kershaw is a professor at the University of British Columbia and head of Generation Squeeze, a group that wants to do for younger adults what the advocacy group CARP has done for seniors.

They closely track the difference in how much governments invest in the young versus the old.

According to Kershaw, governments spend an average of $12,000 in social benefits per person under the age of 45 compared to the $45,000 per person over the age of 65. And while seniors make up 15 per cent of the population, they enjoy 42 per cent of social spending.

Kershaw doesn't advocate taking benefits away from seniors but others do.

So the question is do seniors really need the level of support they currently receive from government?

According to Generation Squeeze we spend $12,758 on medical care and $16,636 on income security on average per Canadian over 65.

We know that our health care system is inefficient. That isn't the fault of seniors or reason to deny them service.

Social security has been one of our most successful anti-poverty programs. Well maybe not. According to Statistics Canada in 2014, the poverty rate for Canada's seniors is now double the previous estimate. In real terms it's not 300,000 persons it's 600,000.

As for the notion that Generation Squeeze is doomed to a life of perpetual poverty, a 2006 Decima Research report estimated that boomers in Canada stand to inherit approximately $1 trillion over the next two decades.

The problem with the greedy geezer theory is this: lots of seniors aren't wealthy or healthy.

Young adults today are facing challenges with high levels of student debt, securing a good job and high house prices. I get that. I've got two young adults living at home.

But thumbing through the 2011 Seniors Vulnerability Report from the United Way we find one in five seniors in Metro Vancouver live in poverty, 75 per cent have one or more chronic health problems and approximately half have a disability.

And seniors in the more affluent areas of North and West Vancouver - presumably the ones who have everything Generation Squeeze doesn't - perceive themselves to have the highest levels of stress in the region.

It would appear that the Generation Squeeze isn't the only one being squeezed here.

In this economy the young are suffering along with the elderly. We don't need to pit seniors against the kids. We need to find solutions that will help both generations.

One last point: those who advocate reining in spending on seniors for the sake of our children's future should remember that the members of Generation Squeeze will be seniors one day.

No one has more of a vested interest in ensuring our social safety net remains viable than those who will use it in the future. There is a saying for that: don't cut off your nose to spite your face.

Tom Carney is the former executive director of the Lionsview Seniors' Planning Society. Ideas for future columns are welcome. tomcarney@telus.net