A decade ago, if you'd suggested to anyone that Kamloops would be on the verge of becoming B.C.'s newest wine region, chances are you would have elicited a look of disbelief - if not an outright guffaw.
Oct 11, 2015 12:00 AM By: Tim Pawsey 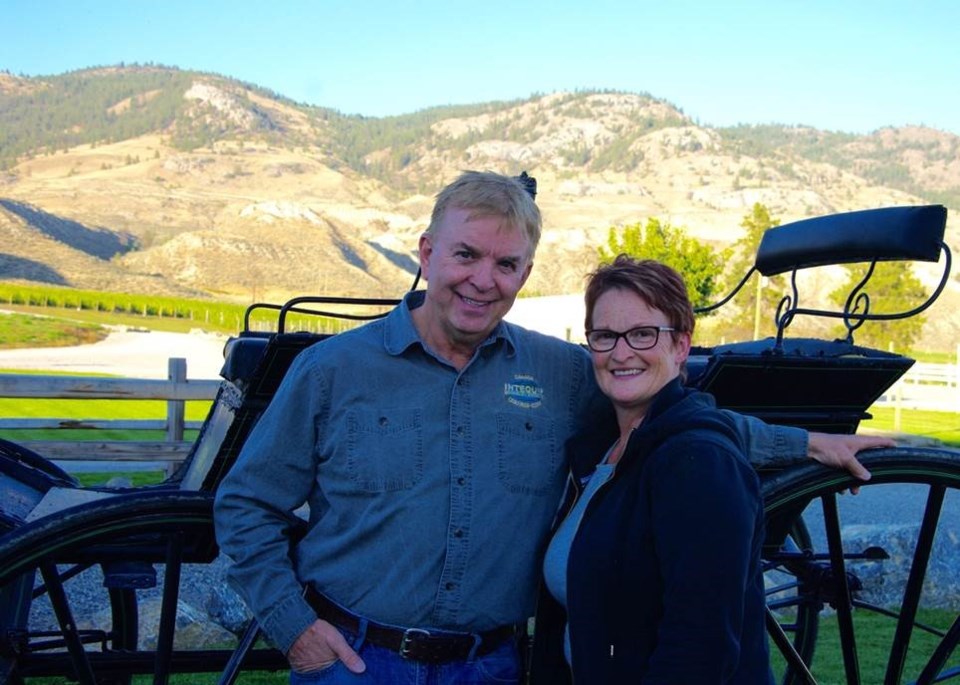 A decade ago, if you'd suggested to anyone that Kamloops would be on the verge of becoming B.C.'s newest wine region, chances are you would have elicited a look of disbelief - if not an outright guffaw.

However, a number of factors - from climate change to better viticulture, no shortage of sheer determination and not a little capital - have combined to produce such a scenario. The Kamloops Wine Trail is now a reality - even if the "region" as it stands today comprises only four wineries.

As with any new region, opinions abound on what may or may not work. However, the most potent example of success so far may be found at Harper's Trail. Starting in 2007, Vicki and Ed Collett planted vinifera on a bluff overlooking the South Thompson River, just east of town, on the historic Harper Ranch.

Working with winemaker Michael Bartier, the couple eliminated some initial varieties. Riskier plantings of Syrah and Merlot were pulled in favour of Pinot Noir, Gamay and more hardy Cabernet Franc. Winter kill remains the prime concern of planting here and very much determines the varieties planted, be they vinifera or hybrid.

A vein of limestone that runs through the site provides the backbone for their assertively mineral streaked Pioneer Block 2013 Riesling (91 points). At Kamloops' Brownstone Restaurant, their Silver Mane Riesling 2013 (more fruit driven, 91 points) was the ideal compromise between pork and Little Fort trout with salsa dressing.

Also of note, a standout Cabernet Franc 2013 (92 points) and as yet unreleased 2014 Cab Franc, which continues to develop luscious red and black fruit, fine tannins and some peppery notes (91 points). Harpers Trail (now almost 100 per cent estate grown production) sports a new tasting room, with plans in the near future for a restaurant.

North of the city, close to the North Thompson River, also garnering plenty of attention, Privato is a gem of a winery, with a compact but gorgeously detailed tasting room and cellar. John and Debbie Woodward's focus is on premium Chardonnay and Pinot Noir, most of which is Okanagan grown, while the couple trial various varieties (including Riesling) in their estate vineyard. Standouts include a vinous, dry finished 2014 Pinot Chardonnay Rosé (91 points), perfectly balanced, Oaked 2012 Chardonnay (91 points), and the well-crafted (much medalled), strawberry and smoky toned Woodward Pinot Noir 2012 (92 points). Waiting in the wings is a Grande Reserve Pinot Noir 2012 (92 points). Privato's attention to detail is very apparent, making it a winery to watch, especially as the estate evolves.

Recently unveiled is Monte Creek Ranch, which enjoys a spectacular site on a bench south of the South Thompson. The contemporary, clean-lined, destination winery, with tasting room and eclectic wine shop on the upper floor, and patio, enjoys sweeping views east, west and north across the river. Monte Creek's plantings (on benches on both shores) are almost entirely hybrids, such as Marechal Foch, Marquette, La Crescent and Frontenac, although vinifera is being trialled and Riesling has also been planted on the north shore Lions Head Vineyard. Of note, Okanagan sourced 2014 Riesling (lemon-lime citrus, honey notes, fresh fruit driven, 90 points).

Monte Creek brands its wines with the legend of train robber Bill Miner, who staged his last hold- up on the property. Hands Up White 2014 is an easy sipping, aromatic, off dry white (Frontenac, La Crescent with some Viognier, 88 points), along with approachable red and black fruited Hands Up Red 2013 (Okanagan Merlot, Cab Sauv., Frontenac Noir, Marquette, 87 points).

Sagewood Winery, the fourth member of the Kamloops Wine Trail, is a hands-on labour of love undertaken by Shelley and Doug Wood, who planted their vineyard on a north shore bench of the South

Tim Pawsey writes about wine for numerous publications and online as the Hired Belly at hiredbelly.com.