He’d heard of the disease before, knew of the famous baseball player it was colloquially named after, but for most of his life he hadn’t had any reason to take a look at the particulars.
Jun 18, 2020 8:30 AM By: Ben Bengtson 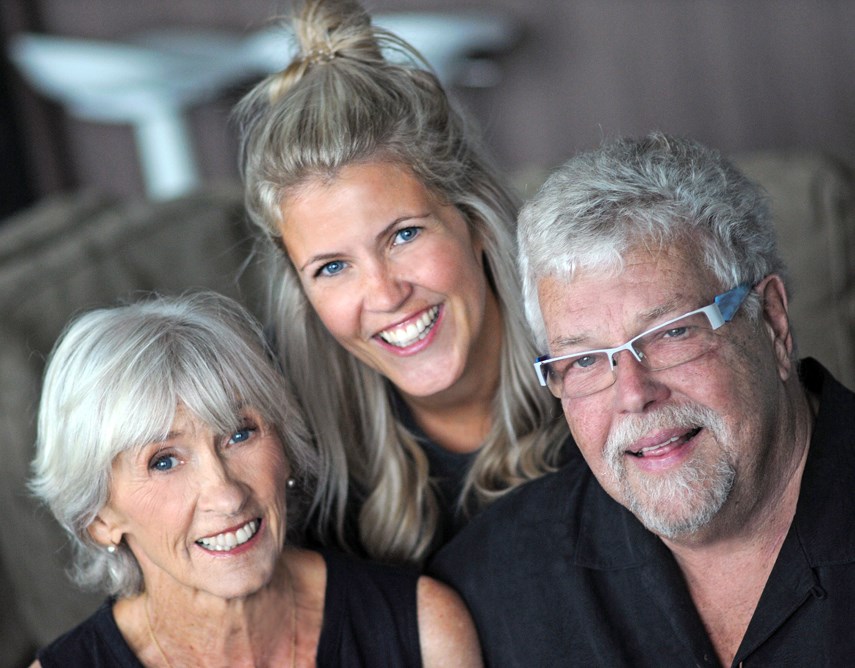 He’d heard of the disease before, knew of the famous baseball player it was colloquially named after, but for most of his life he hadn’t had any reason to take a look at the particulars.

That’s not the case anymore for North Vancouver resident Ron Slinger, as well as for his daughter Molly Thompson.

Like many who can sense when something’s up with a loved one even when the family member themselves may be content to downplay it, Ron and Molly could tell something was going on with Bobbi.

“We knew something was not right,” says Ron. “We asked questions.”

Throughout much of 2018, Rosemary Slinger, who has gone by the nickname Bobbi for most of her life, started to exhibit some changes.

Her voice was sounding different, almost like she constantly had a cold, and her personality, at least to her discerning husband and daughter, seemed to change a bit too. Her cognitive abilities had also appeared to enter a downturn.

“Sometimes I would feel like she was a little bit out of it, which was not like her,” says Molly.

The family set out to find answers. They went to doctors and specialists, got Bobbi an MRI exam and a host of other assessments, and waited as patiently as they could.

Eventually a doctor, who examined Bobbi and was the first to notice a slight twitch radiating through her arm, suggested she might have amyotrophic lateral sclerosis, also commonly known as Lou Gehrig’s disease.

“At that point, it was the first time that anybody had mentioned ALS,” says Molly.

Bobbi was officially diagnosed with the disease in January 2019.

Since then, Bobbi’s ALS – a rapidly progressive neuromuscular disease – has advanced.

She now has trouble breathing because her lung muscles have been weakened, and she’s fed every day through a tube because she has so much trouble swallowing. She’s lost the ability to speak and currently requires 24-hour care.

While she’s still able to move around a bit, with the help of a caretaker, things have changed a lot, offers Ron, who started the Black Bear Neighbourhood Pub in Lynn Valley in 1997 and recalls countless nights spent sharing dinner and a glass of wine with his wife as they discussed their present and future plans.

“We’re just newlyweds – 49 years this July,” he quips. “Our life was turned upside down.”

June is ALS Awareness Month in B.C. Local landmarks are lit up in purple to show support for people living with the disease. A series of events, such as the Virtual Walk to End ALS, are being hosted across the province.

For Ron and Molly, the awareness month brings an opportunity to talk more about the disease which has currently robbed Ron of his longtime partner and, for Molly, a loving mother and grandmother.

But while ALS is often referred to as a rare disease, Molly drives home the point that it seems like almost everyone has a personal connection of some kind to it, whether it’s a friend, a neighbour, a family member, or a friend of a friend, who’s living through the illness.

“It impacts a lot of people, probably more than many realize,” she says, noting that since her mom’s diagnosis she’s met many families just on the North Shore alone who are learning to cope with the disease.

Currently, there are only two drugs approved in Canada to treat ALS, though neither is known to significantly slow the progression of the disease or extend a patient’s life. After being diagnosed with ALS, the majority of patients are given a life expectancy of just a few years, according to Health Canada.

Compared to the U.S., or even other parts of Canada, B.C. isn’t offering clinical trials for experimental therapies or drugs either, many of which may offer the only source of hope for some people living with the disease, adds Molly.

And while the ALS Society of British Columbia is focused on supporting patients, families and caregivers managing the disease, as well as supporting research, Molly and Ron would like to see more investment from higher levels of government in order to eradicate the disease entirely.

“We need to focus our money and funding on finding a cure,” she says. “During this time, people that are hoping to get into these trials can’t even go anywhere because of COVID.”

It’s unacceptable that there hasn’t been the capacity in B.C. in the past to offer more clinical trials, according to Wendy Toyer, executive director of the ALS Society of British Columbia.

That’s something the non-profit organization hopes to help change, she adds.

“The ALS Society of B.C. recognizes that, aside from providing the best quality of life for people living with ALS through our programs, there is a need to establish a secure venue for clinical trials to take place in British Columbia. And that’s what we’re going to do.”

While a formal announcement is still forthcoming, the organization is raising funds to help establish B.C. as a destination location for doctors looking to perform clinical ALS trials and research, she says.

The Virtual Walk to End ALS, which supports people living with the disease in B.C. and Yukon, as well as the Canadian ALS Research Program, is being held on Saturday, June 20. For more details, visit walktoendals.ca.

Both Ron and Molly are hoping that with more money invested in meaningful research other people won’t have to experience the same challenges and occasional feelings of hopelessness they’ve experienced during their family’s own recent journey with the disease.