MAKING CENTS: Here's how the federal election could impact investors

With the election quickly approaching, Canadians will head to the polls on Oct. 21 to vote in the upcoming federal election. While the U.S.
Oct 16, 2019 1:22 AM By: Lori Pinkowski 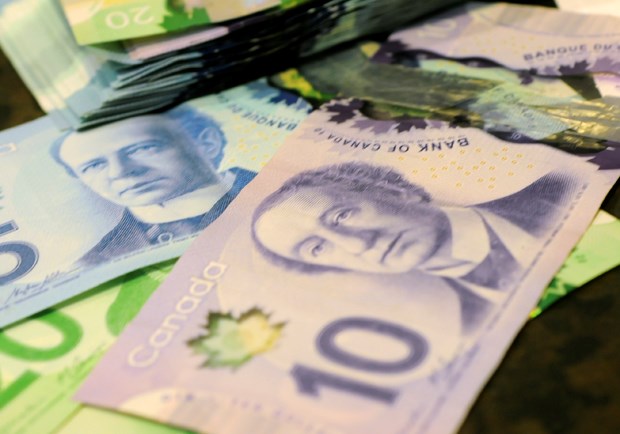 With the election quickly approaching, Canadians will head to the polls on Oct. 21 to vote in the upcoming federal election.

While the U.S. political system gets much more attention, any election in Canada at a federal, or even provincial level, can bring change to businesses and the economic landscape, and this election is no different.

As investors, we want to know how each party and their economic policies, if elected, will impact our portfolios. So what are the main ways political parties have a potential impact on your investments?

Taxes and encouraging business investment are two of the biggest potential influences on your money, but their spending plans can also have an effect.

The big three – Liberal, Conservative and NDP parties – all want to help address the housing concerns and their methods of making change could have a big influence on the future outlook for the real estate market in Canada and in turn, the real estate portion of your investments.

No one likes the tax man but the government needs an income to cover their expenses. Tax cuts, including an increase in personal exemptions, would give Canadians more money in their pockets. There is controversy over the taxes of the middle-class versus the wealthy and who should bear most of the expense.

Liberals want to improve the lowest tax bracket while Conservatives want to undo the changes the Liberals made two years ago that impacted small businesses. Both parties have plans that would be beneficial for taxpayers overall but the amount of the benefit would depend on your income level. The NDP have proposed a “super wealth tax” which could affect high net worth investors and their families, as those who have wealth in excess of $20 million would be subject to a tax of one per cent on the value of their total assets including investments, cars, homes, and jewelry.

There have been discussions concerning increasing the capital gains tax as well, something all investors, in real estate and the stock market, should be watching closely.

With an aging demographic of baby boomers, the number of retirees and seniors is drastically increasing within Canada. The political parties are focused on assisting low income seniors and boosting retirement benefits for them. Increasing old age security as well as enhancing Canada pension benefits for spouses, and providing caregivers with income incentives are all proposed for seniors in Canada.

The energy sector is a huge part of the Canadian economy and the political leadership will certainly have a notable impact on investments in that area. There has been a push for investment into sustainable energy within the Canadian economy, and that will continue with all parties, but some focus more on it than others. Many want to reduce Canada’s carbon emissions, and while some parties are pro pipeline development, others want to keep the oil in the ground. All have their pros and cons around jobs, growth in the economy and environmental sustainability. Incentives for electric vehicles, public transit tax credits, and cannabis tax are the steering points for green energy.

The Liberals have proposed a national speculation tax modelled after the one here in B.C. Vancouver has already seen a much needed decrease to home prices but I feel it’s too many taxes implemented at one time. Yes, we need affordable housing for Canadians and the real estate market needs oversight to prevent speculation causing prices to get out of control, but solving the problem needs careful consideration of those soon to be or already retired Canadians who are depending on the value of their home as part of their overall retirement plan. Additional steep price declines could further hurt their retirement. There are other ways instead of punishing those who have saved well their entire life or who are looking at investing and moving legally to our country. Discouraging investment can only hurt an economy over the long run. Keep this in mind when heading to the polls in a few weeks.

Our federal election outcome won’t impact our outlook, as we don’t foresee any candidate implementing policies that would materially affect the country’s growth or inflation prospects. Our job is to manage risk and provide a favourable return for our clients, so we watch and monitor the political scenery with interest, but we don’t actively make trades or restructure our clients’ portfolios dependent on who the political winner is poised to be. We feel it is prudent for other investors to do the same.

Lori Pinkowski is a senior portfolio manager and senior vice president, Private Client Group, at Raymond James Ltd., a member of the Canadian Investor Protection Fund. This is for informational purposes only and does not necessarily reflect the opinions of Raymond James. Lori can answer any questions at 604-915-LORI or pinkowski@raymondjames.ca. You can also listen to her every Wednesday morning on CKNW at 8:40 a.m.