Look: Your dog can learn not to leap

When someone asks me “How do I stop my dog from jumping on people?” my usual response is: “How did you let it start?” I’m not trying to be pejorative by giving that reply, but rather attempting to turn the gears of responsible dog training in their b
Jul 9, 2017 8:57 AM By: Joan Klucha 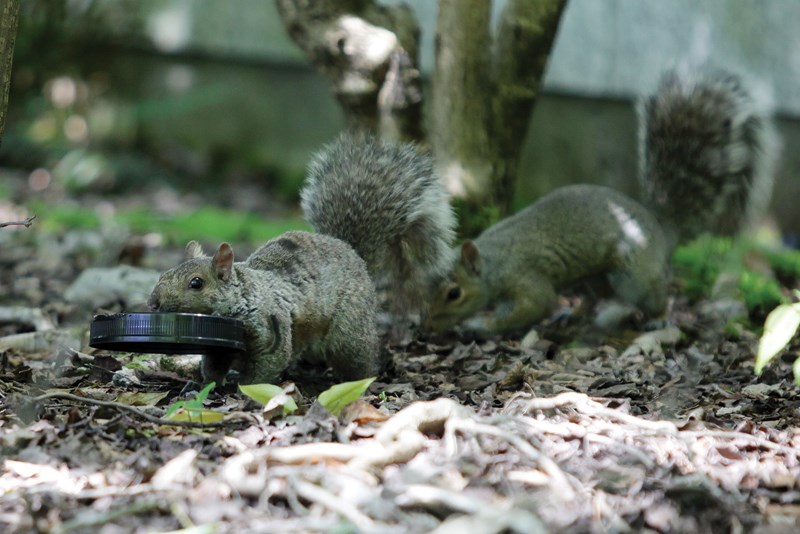 When someone asks me “How do I stop my dog from jumping on people?” my usual response is: “How did you let it start?”

I’m not trying to be pejorative by giving that reply, but rather attempting to turn the gears of responsible dog training in their brains as they ponder the question.

You see, dogs just don’t start randomly jumping on people. It is a learned behaviour that begins in puppyhood and is, for the most part, rewarded. Maybe not directly by giving the young dog a treat every time it jumps on someone, but rather by not setting a clear boundary of acceptable behaviour.

It is true that strangers inadvertently exacerbate the jumping problem by saying, “Oh it’s OK, it’s just a
puppy.”

I am the first to admit that I have to catch myself every time I greet a puppy because, like just about everyone, I think it is cute to see that adorable little face jumping up for attention. But I do catch myself because I know I am part of the problem and part of the reason that young puppy will continue to jump on people as it matures into an adult dog.

The other part of the equation is the owners who have allowed the jumping, whether it’s from not being assertive enough by not allowing people to say hello to the jumping puppy or by not understanding the long-term implications of allowing the puppy to jump on strangers.

Owners need to set two boundaries: the first is teaching the puppy to sit for everything, the second is to walk the puppy leashed.

By walking the puppy leashed you are able to implement the first boundary. When a person approaches the puppy is lured into a sit. The owner is able to manage the behaviour because the puppy is leashed. If a friendly stranger wants to say hello, the puppy remains sitting.  This can be done by stepping on the leash, allowing only enough leash for the puppy to sit or stand comfortably, but not jump. With the puppy in the sit position the friendly stranger waits patiently as a treat is held at the puppy’s nose to encourage focus and sitting. A second treat is then given to the friendly stranger who continues to be helpful with the positive training routine and only gives the treat when the pup is in a sit, or the very least a stand with all four paws on the ground.

After the greeting has taken place an additional treat is then placed at the puppy’s nose and the owner walks backwards, luring the puppy away from the stranger with the come command and then into another sit. This allows the stranger to leave without being further accosted by the young dog. It also reinforces the come command, teaching the young puppy to leave a distraction. This will be extremely valuable when the puppy is a nine-month-old adolescent.

When consistently executed this training exercise will teach a dog to come to their owner when they see an approaching person and sit for further instruction.

But how do you train an adult dog that has been doing this for some time?

A 20-foot training leash can be used to allow the adult dog more freedom but it also means the owner has to be more aware of the dog’s behaviour and approaching people as the dog will be 20 feet away. Fido is recalled back to the owner far before an approaching person reaches the dog at the end of the 20-foot leash.

The long leash ensures success and the dog is then asked to sit while the person on the trail walks past. The dog is only allowed to say hello if the stranger encourages the interaction and then the polite greeting routine mentioned earlier is implemented.

In all dog training, the emphasis is on the owner’s ability to respond to a situation ... response-ability.