Got Craft? comes to North Vancouver 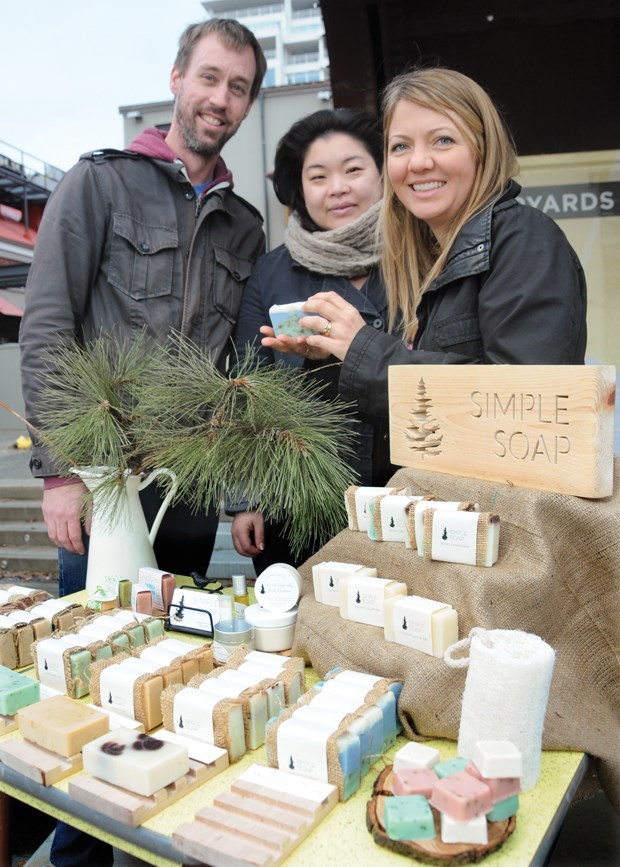 Christmas shoppers looking to snag a unique gift for that hard-to-buy-for someone might find just the thing at next weekend's Got Craft? market in North Vancouver.

The popular indie craft fair, which has been held twice a year since 2007, makes its North Shore debut at The Pipe Shop at the Shipyards Dec. 12 and 13. More than 80 vendors, mostly from the Lower Mainland, will be selling a range of handmade jewelry, fashion accessories, home décor items and edibles. There's laser-cut wooden cufflinks from Cabin + Cub, 3D printed jewelry from LanaBetty Designs and natural skincare products from Element Botanicals - to name just a few.

Husband and wife design team Robert and Andrea Tucker created Got Craft? after participating in their first craft fair back in 2006. They weren't keen on all the pinecone art they saw, so they decided to organize their own fair with a modern twist and put a call out for vendors.

"Basically, we took an eight-and-a-half-by-eleven piece of paper, stuck it to some telephone poles, and launched our first show with 20 vendors," Robert says.

That inaugural event took place at the Western Front gallery in Vancouver.

Word caught on and the fair expanded, opening at the Royal Canadian Legion with 40 vendors, and later at the Maritime Labour Centre with 60 vendors. Got Craft? has a spring and a holiday edition and all vendors are juried with an aim to create a boutique event that fosters handmade and DIY culture.

"The jurying process is balanced," Robert says, meaning shoppers won't find table after table of beaded jewelry, but rather a mix of different crafts and price points. "It's really well balanced."

Each edition features a minimum of 20 per cent first-time vendors so returning shoppers will find fresh products. This month, a quarter of the 80-plus vendors are new to Got Craft?

The Tuckers will have a booth of their own set up, selling a sampling of items from their London Fields Shoppe, a bricks-and-mortar store on East Hastings Street that carries an eclectic mix of homewares, stationery, beauty products and vintage finds. North Shore crafters participating in the market include Reclaimed Print Co., Simple Soap, District Dogs Designs, Honey Canada Natural Craft, and Coconama Chocolate.

In addition to vendor booths, there will also be food trucks, hands-on crafting workshops, and free swag bags for the first 50 attendees each day. In previous years, Got Craft? has been held at off-the-beaten-path locations, so the Tuckers are hopeful their North Vancouver waterfront venue will attract curious passersby in addition to devoted craft fair fans.

"We've never had a site where there's so much happening around it," Robert says.

The largest tulip festival in Western Canada returns to the Lower Mainland
Apr 9, 2021 11:37 AM